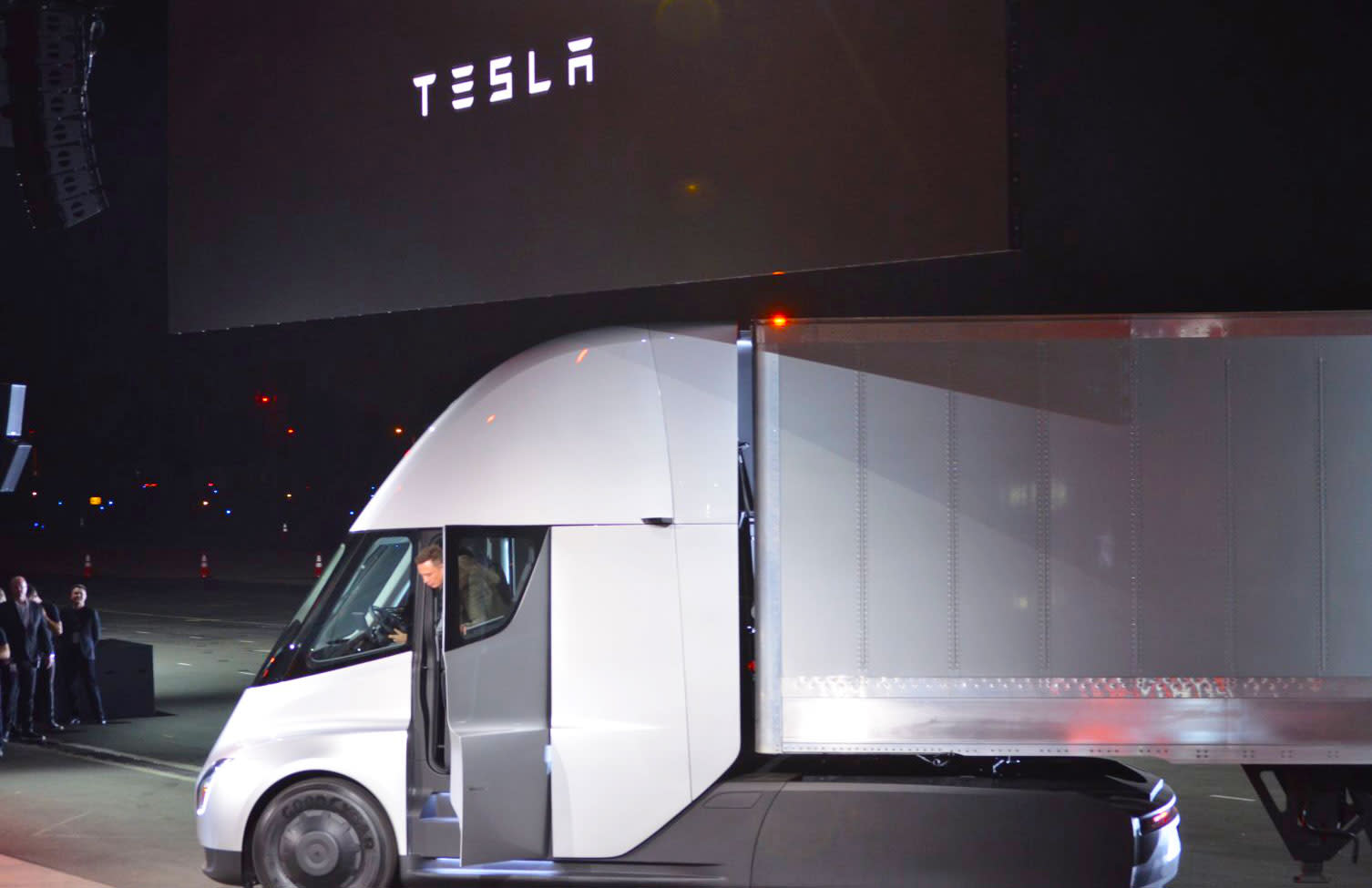 Anheuser-Busch just joined the list of companies that have placed an order for Tesla's upcoming semi-trucks. In an announcement today, the beer-maker said it has ordered 40 of the trucks that are set to go into production in 2019. "Integrating the Tesla semi-trucks into the brewer's distribution network will help Anheuser-Busch achieve its commitment to reduce its operational carbon footprint by 30 percent by 2025 – the equivalent of removing nearly 500,000 cars from the road globally each year," said the company.

The Wall Street Journal reports that Anheuser-Busch plans to use the Tesla trucks for shipments to wholesalers lying within 150 to 200 miles of its 21 breweries and they'll become part of the approximately 750-strong truck fleet it currently uses to ship its product. As of now, the company hasn't decided whether it will buy the trucks, lease them or have one of its dedicated carriers do so.

Nearly a dozen companies have now placed orders for around 140 of the trucks and Tesla's customers include Walmart, DHL and Canadian grocery store chain Loblaws.

James Sembrot, Anheuser-Busch's senior director of logistics strategy, told the WSJ that the company spends around $120 million each year on fuel. So a move towards electric vehicles stands to have a major impact on its fuel costs, not to mention how the environment will benefit. The company is also interested in Nikola Motor Co.'s hydrogen-electric semi-trucks, which will reportedly be able to travel between 800 and 1,200 miles on one fill-up versus Tesla's 500 mile range. "We have needs for all those types of distances," said Sembrot.

In this article: anheuser-busch, beer, Budweiser, dhl, ev, food and drink, food-and-drink, foodanddrink, gear, green, loblaws, nikolamotorcompany, semitruck, shipping, tesla, transportation, walmart
All products recommended by Engadget are selected by our editorial team, independent of our parent company. Some of our stories include affiliate links. If you buy something through one of these links, we may earn an affiliate commission.