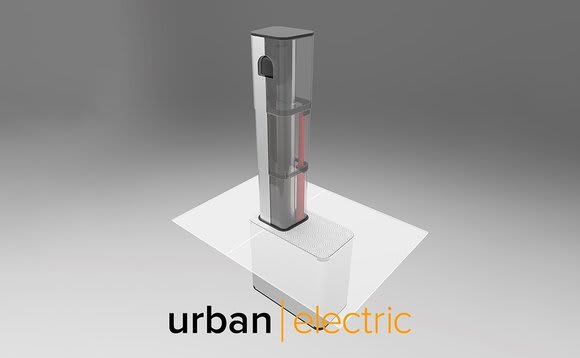 Electric vehicles face a lot of challenges in the push for mainstream adoption, and the proximity to domestic charging points is one of them. No problems there if you've got a driveway where you can install a charger, but for those living in built-up areas where on-street parking is the only option, getting an EV is all but out of the question. Enter Urban Electric, a company that's developed EV charging points that literally pop out of the ground.

The British company has designed the app-operated UEone pop-up charge point with on-street parking in mind. It charges at up to 5.8kW and retracts underground when not in use, minimising its impact on the urban environment. According to the company, the UEone is suitable for more than 90 percent of residential streets, and negates the need for street clutter, EV only bays and expensive grid reinforcement.

The company is currently conducting its first trials in Oxford, UK -- a city known for parking congestion. Urban Electric will install 20 chargers on one residential street by the end of the year, and monitor their impact until 2020. The £600,000 trial is part of the city's bid to become the world's first Zero Emission Zone, which will eventually require all cars entering the city to have zero tailpipe emissions.

According to Urban Electric co-founder Olivier Freeling-Wilkinson, up to 85 percent of households in urban residential areas are unable to charge an EV from home. He says the company plans to install "an over-supply of pop-up charge points in a street from day one," enabling millions of households "currently excluded from driving zero emission to make the switch."

Via: Business Green
Source: Urban Electric
In this article: charging, electricvehicle, EV, green, Oxford, parking, popup, tomorrow, transportation, trial, UEone
All products recommended by Engadget are selected by our editorial team, independent of our parent company. Some of our stories include affiliate links. If you buy something through one of these links, we may earn an affiliate commission.