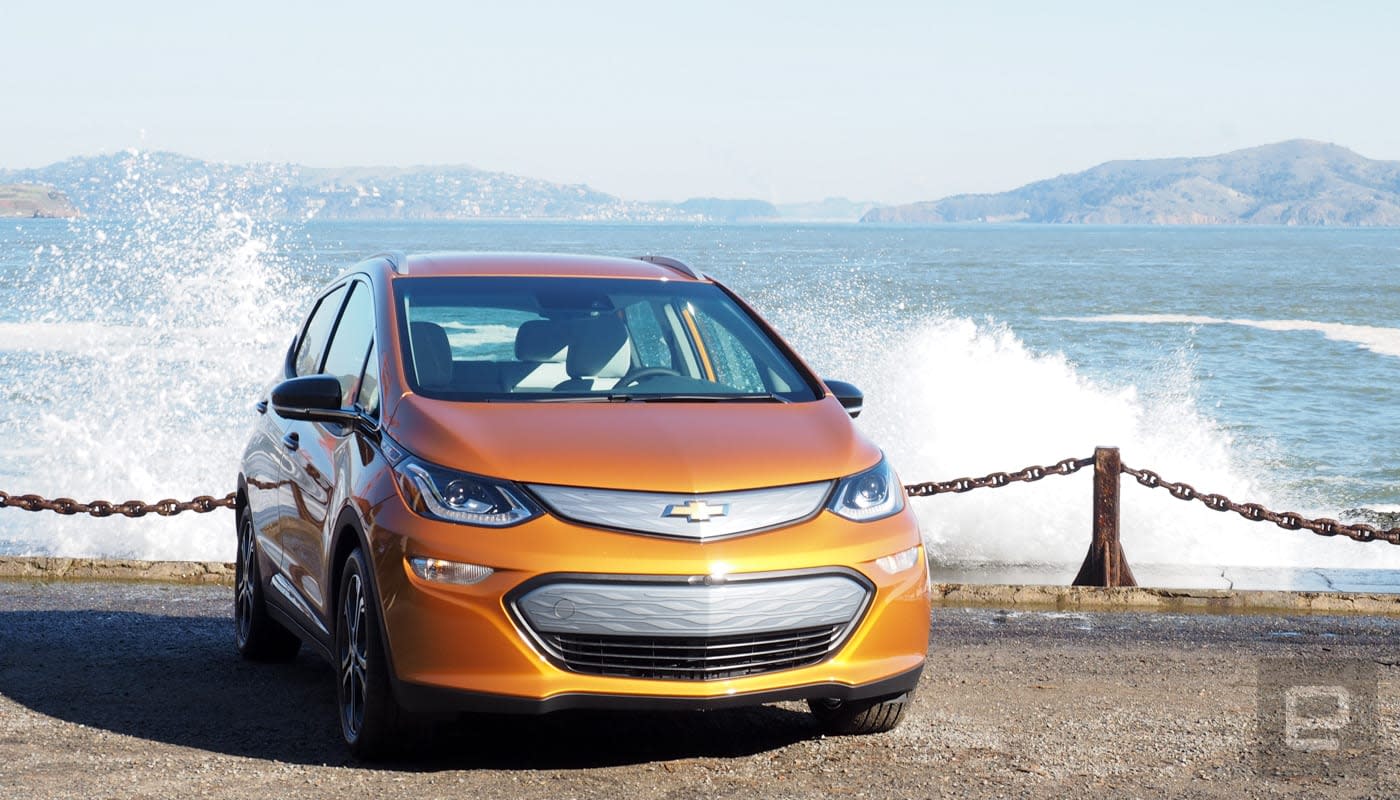 What you need to know before buying an EV

Some things to consider before taking the plunge.

It's an exciting time for the automotive world. Over the past 15 years, cars have gone from relatively dumb machines that get us to our destinations to electrified, connected gadgets. In the coming decade, the technology being developed by traditional automakers and nascent upstarts will not only transform the way we drive, but change how cities operate.

That's all great, but if you're reading this, you probably need a car now. As a nerd, you should at least test-drive an EV, because if you haven't yet, you're missing out. Just as important, there are tax benefits (hopefully, anyway) for buying an automobile with an electric drivetrain. So if you're thinking your next car should be powered by electrons, I'm here to help set you on the path to a glorious gas-free (or at least reduced-gas) future.

It's easy to put electrified vehicles in two categories: hybrids and pure electric. But it's a bit more complicated than that: For starters, you need to learn some acronyms. There are plug-in hybrids (PHEV) and hybrids (HEV). Right now, though, pretty much every new hybrid is a plug-in, so let's focus on those. There are also pure electric vehicles (EV or PEV) and fuel cell electric cars (FCEV). You'll probably also see the terms BEV (battery electric vehicle) and NEV (new energy vehicle). Those two names are redundant, so let's pretend for our purposes that they don't exist and instead concentrate on what the big three categories have to offer. 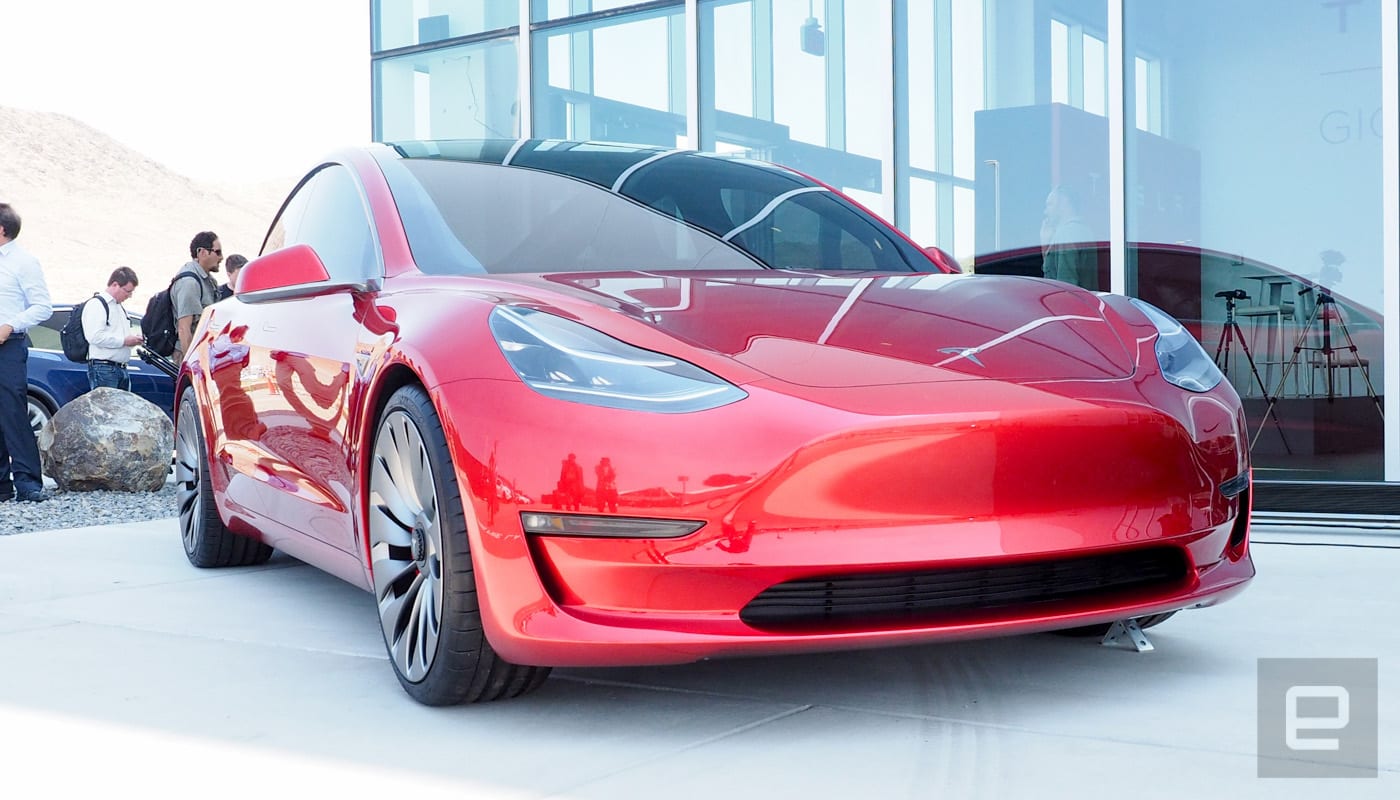 Of the three types of vehicles listed here, the pure EV offers the cleanest break from gas stations. The big players here include Tesla's whole lineup, of course, as well as the Chevy Bolt. These are the vehicles hitting ranges over 200 miles. That's a big deal from a technical standpoint, and for anyone who wants to go green but still worries about range.

More and more automakers are dropping EVs into the market, which is obviously great for the environment. But we're in the early days, and a car you have to plug in won't be practical for everyone. Let's break down why you should or shouldn't get an EV.

An electric car will save you money in the long run and is lower-maintenance to boot. There's no oil change, the brakes last almost forever if you use regenerative braking, and spark plugs, clutches and distributor caps are vestiges of the past.

Also, driving an EV just feels great. The electric instant-on torque alone should convince even the most die-hard petrol-head that an electric car is at least worth considering. Of course, the biggest advantage is becoming a greener individual: getting to feel better about yourself while saving some cash. Yes, some cars will be charged from houses that are connected to a coal-burning power plant somewhere on the grid, but it's still a smaller footprint than hitting up the gas station every few days to fill the tank with dead dinosaurs. Plus, in some states, you get to drive in the carpool lane even if it's just you in the car.

Charging infrastructure. That's the biggest hindrance to purchasing an EV. If you don't have access to a charger at home or at work, you're going to be relying on public charging -- which can be spotty at best or nearly nonexistent at worst. Because topping up the battery of an electric car can take up to eight hours, having access to power is paramount to keeping them on the road. Also, EVs cost more than regular cars. There are tax credits, but those may go away as government officials focus on cutting taxes. Finally, there's the range. Sure, the Chevy Bolt can drive up to 238 miles on a charge, but most cars right now get around 100 miles. If you have a 70-mile round-trip commute, you're fine, but anything more than that and you'll start feeling that range anxiety.

Who should buy an EV?

If you have access to an overnight charger or one at work and your round-trip commute is less than 70 miles a day, an EV would work for you. This is especially true if you live in an urban area or a suburb. Rural locations would also work, but it might be tough to find chargers in a pinch.

Your best bet is the Chevy Bolt, thanks to its 238-mile range. It's a great four-door hatchback with room for five passengers or large shopping hauls. It starts at $37,500, but after tax credits it costs about $30,000.

There's also the Tesla Model 3. Unfortunately, we haven't gotten behind the wheel of the vehicle, so we can't vouch for it. Then there's the wait time: Currently, you can expect to wait more than a year to take delivery. That said, we're fond of the Model S and X and Tesla's entire mission to reduce pollution, so if the Model 3 can deliver the same amount of green fun, it might be worth the wait.

If you're interested in saving some cash, there's a bunch of great cars that offer a shorter range (150 miles per charge or less). One example is the 125-mile-range Volkswagen e-Golf, a solid car that's a bit of an undercover EV. It starts at $30,500, which means that after tax credits its actual cost drops to $23,000. 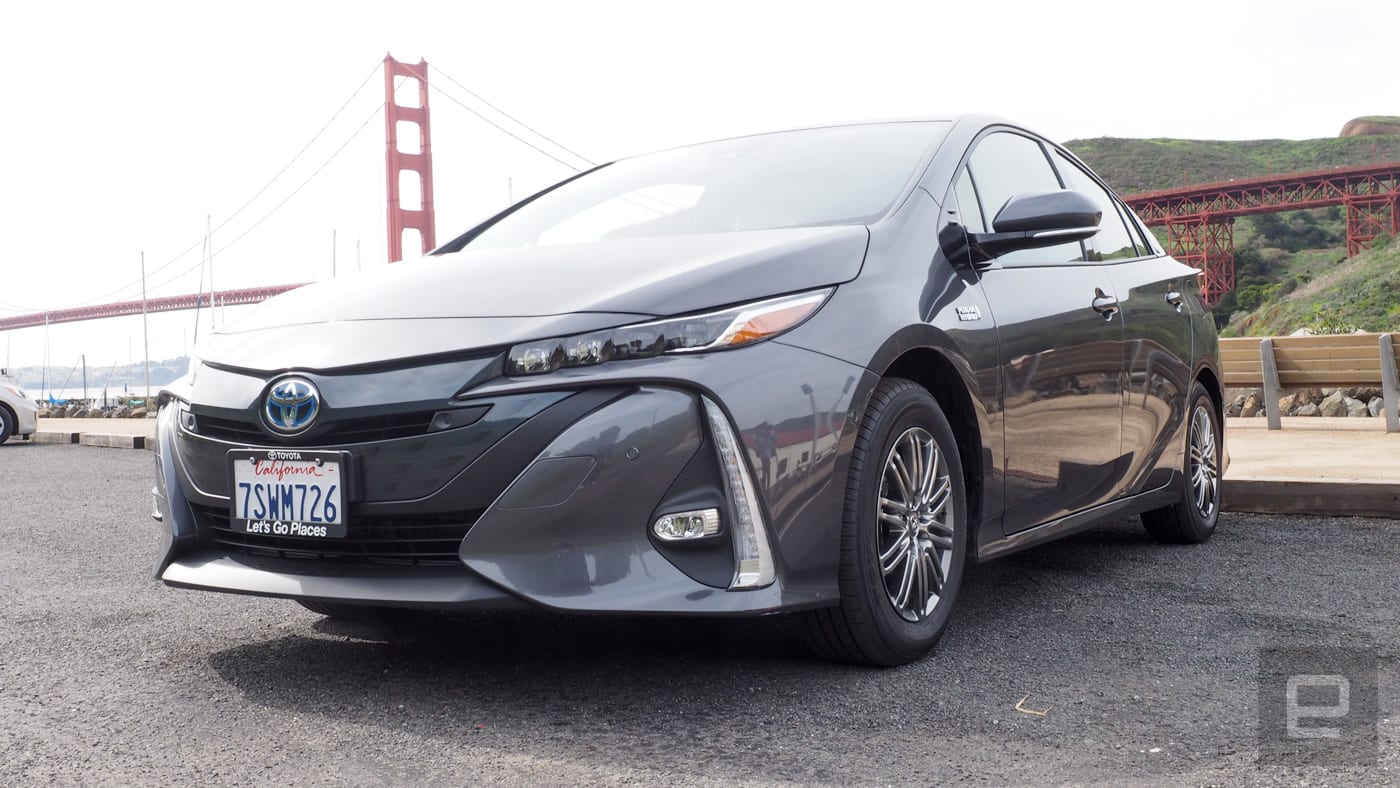 If you want to save the planet but also want to know that you'll be able to take a road trip at the drop of a hat, a hybrid might be more to your liking. Most plug-in hybrids have a pure EV range of less than 25 miles. That might not seem impressive, but if your destinations are within a 20-mile radius of your home, weeks could pass between trips to the gas station.

In five to seven years, it'll be tough to find a car that's not a hybrid. But does that mean you should get one now?

This is really the merging of the past and future. You get the satisfaction of saving the planet and gas money while still being able to drive anywhere. If most of your drives are close to home, the pure EV mode found in most current hybrids will be enough to get you where you're going.

Hybrids still cost more than their gas-guzzling counterparts. There are a few exceptions. The outstanding plug-in hybrid BMW 530e is the same price and just as luxurious as the gas-guzzling 530i. Tax credits amount to about $4,000 for hybrids (check this list to see how your hybrid of choice fares). You may also find yourself giving up some trunk space to accommodate the battery pack. Again, this depends on the vehicle.

Who should buy a hybrid?

If you have a garage with a power outlet, and the cost difference between the electrified and gas-only versions of a car isn't too high, you should consider a hybrid.

If you don't have somewhere to plug in the car on a regular basis, you're less likely to get the maximum return on your vehicle. The car will charge itself via regenerative braking and the gas engine, but that amount varies from car to car; you should do some homework before committing to a vehicle that might not save as much gas as you expected without being connected to a power outlet at night.

The plethora of plug-in hybrids means that if you like a regular pure gas car, there's a good chance there's a hybrid version. For precisely that reason, it's tough for us to pick a single car that's better than the rest. That means that whatever your budget, you're likely to find something offering good bang for your buck.

That said, the Prius is always a safe bet. Toyota's latest offering, the Prius Prime, has a range of 640 miles, which is more than enough to get you to any destination within a day's drive. If you're looking for something a bit more luxurious with some more room to boot, the Audi A3 e-tron is a fun drive in a hybrid sports wagon, with all the trappings you would expect from the German brand. For straight-up luxury, the BMW 530e is a top-shelf sedan with a 24-mile battery-only range. For the budget conscious, the Kia Niro and Hyundai Ioniq will somewhat wean you off petrol for less than $25,000 before tax credits. The hydrogen fuel cell vehicle refuses to go away. On the surface it seems like a great idea: a car that can refuel as quickly as a gas car and emits only water. But it's going to be a while (if ever) before these will even be widely available in the US.

Charging an EV takes forever. Even with the quickest charging stations, you're still looking at 30 to 45 minutes for a charged battery from a nearly depleted car. Fuel cell vehicles fuel up as quickly as gas cars and in nearly the same manner. Under the hood, a FCEV is still using an electric motor (or motors) to power the wheels; it just gets its electricity from a different source. Sounds great, right? Not so fast.

The bad news is that the infrastructure, outside of a few metropolitan areas like Los Angeles and San Francisco, simply doesn't exist. Because of that, the cars available for purchase are available only in those particular markets.

Who should buy a fuel cell vehicle?

If you like being an early adopter and don't mind being limited to where you can drive -- and you live in a market where the cars are for sale -- a fuel cell car might be for you.

Toyota is offering three years of complimentary fuel with its fuel cell Mirai. While Honda offers $15,000 in free fuel for the Clarity. Both offer free rentals of other cars for those times when you need to drive outside the fueling area. (Honda offers 21 days over the course of a three-year lease, while Toyota allows seven days per year for three years.) Just be prepared to go out of your way to the fueling station for all the free hydrogen.

Both of these cars are best leased with a monthly cost of $350 to $370, because you don't want to own something that might suddenly be worthless if the industry one day decides to abandon fuel cells. We're not saying that's gonna happen, but, you know, just in case.

Buying for the future

By the middle of the next decade, it'll be tough to find a car that isn't electrified in some way. Right now, though, the entire industry is in something of a transition period. Battery and electric motor technology will improve over time -- that's just the march of technology. But even now, there are some great electrified cars on the road if you're looking for a new whip. You'd be doing yourself a huge disservice if you didn't at least try some of the new hybrids and EVs in your local showroom. Who knows? You might well roll out of the dealer powered by electrons.