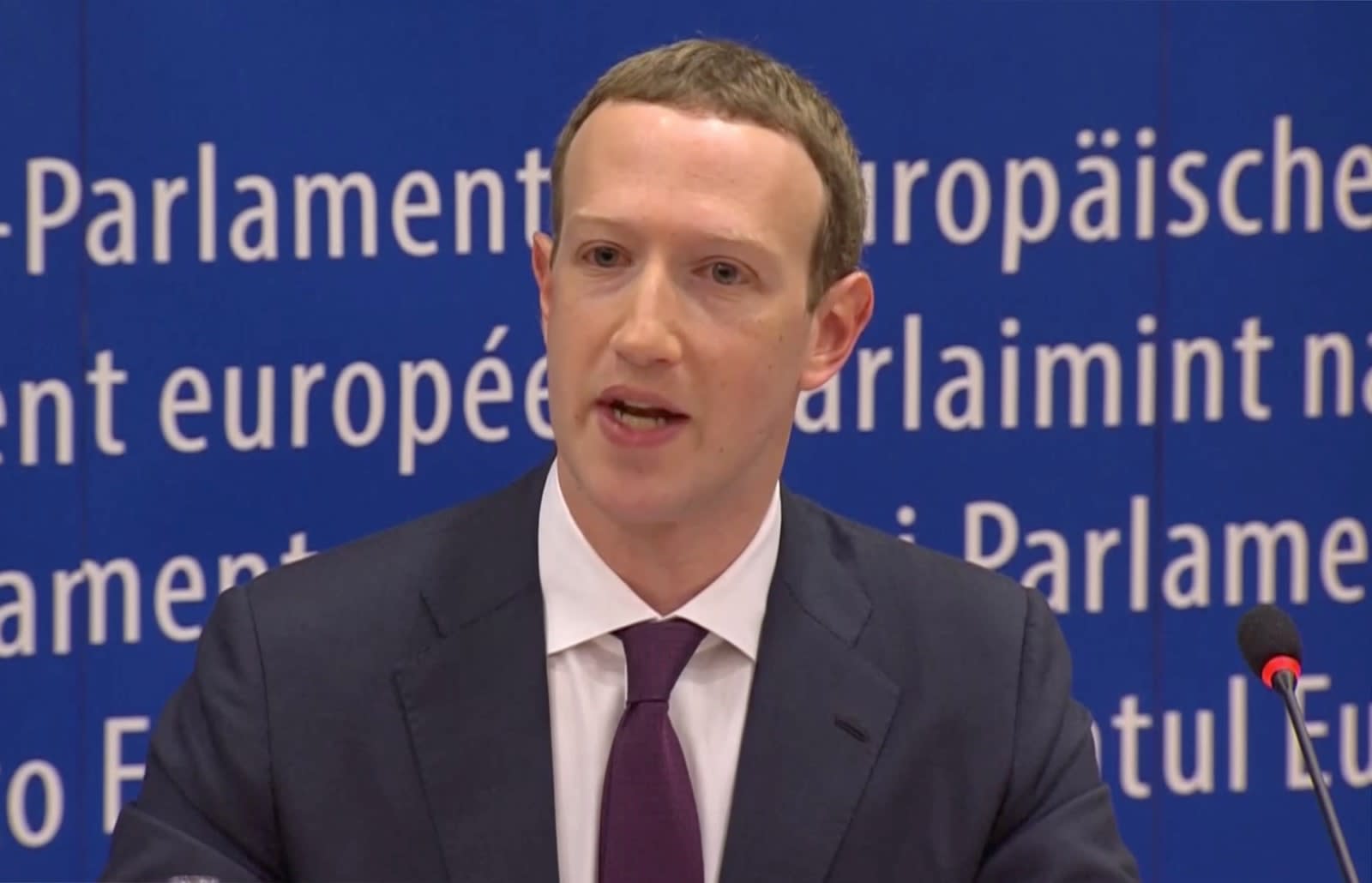 At a hearing in the European Parliament today, Facebook CEO Mark Zuckerberg faced a barrage of questions ranging from privacy concerns to the rise of fake news. But much of Zuckerberg's replies were similar to what we've heard before, and did not address the specific concerns of EU lawmakers.

As expected, a lot of the questions at the hearing centered around privacy, in large part due to the EU's General Data Protection Regulation (GDPR) entering into effect on May 25th. Members of the EU Parliament asked pointed questions on whether Facebook can guarantee that a Cambridge Analytica scandal will never happen again, on whether users will have complete control over their data and to provide a detailed description on how Facebook plans to comply with GDPR. One person asked if Facebook would develop a business model where a user could completely opt out of targeted advertising. Another asked if Facebook would promise that there would be no exchange of data between WhatsApp and Facebook.

There were also several questions about fake news that asked what Facebook was going to do to reduce the number of fake accounts, whether it can commit to eradicating them by the end of the quarter and whether Facebook could guarantee that there'll no longer be any manipulation from foreign and hostile sides. Another line of questioning centered around antitrust issues and if Facebook could be considered somewhat of a monopoly in the social media space.

Zuckerberg, however, mostly kept to his talking points and did not really address the specifics of a lot of the questions. One of the possible reasons for this could be the unusual interview format, where all the questions were asked first, with Zuckerberg answering the questions in bulk at the end. This allowed him to skip a number of them, and of course, this format doesn't allow for follow-up questions.

He reiterated that the company plans to be fully compliant on May 25th, and said that it's been rolling out GDPR settings for awhile now. As for whether Cambridge Analytica is just the tip of the iceberg, Zuckerberg could only say that it'll take the company many months to make sure there are no more bad actors. He also said that he anticipates that there'll likely be other malicious apps, but the company is trying hard to counteract them by bringing in third-party auditors and recognizing them proactively rather than reactively.

As for fake news and hate speech, he again reiterated previous statements that the company is hiring tens and thousands of moderators and engineers to help combat the problem, and that it's also working on developing more robust AI systems that'll flag these accounts and bad content ahead of time. "Our goal is to get AI to proactively review more of the content as it's coming into the system," said Zuckerberg. But, he also said that it's going to be a cat and mouse game as adversaries will likely also have access to the same AI tools.

"We'll never be perfect on this," he said.

Zuckerberg didn't agree that Facebook was a monopoly either, saying that "we exist in a very competitive space that people use a lot of tools for communication." However he didn't address several specific antitrust concerns. One lawmaker asked if Facebook would allow the EU to look at its books to ensure it isn't a monopoly, and if Facebook would be willing to split off Messenger and Whatsapp. Zuckerberg didn't answer those questions.

Of special note is that one EU member also asked questions about so-called "shadow profiles," where Facebook collects data from users who don't use Facebook, but who might visit websites that uses Facebook's ads and analytics tools. What does Facebook do with this data, he asked, and would non-Facebook users be able to see this data that Facebook has collected. "Is the only way of Facebook collecting my data to stop using the internet altogether?" asked Syed Kamall from the European Conservatives and Reformists Group.

Zuckerberg initially tried to avoid this question, but several EU Parliament members pushed him on it at the end. After a rather awkward exchange, Zuckerberg did admit to these shadow profiles by saying that it was to prevent abuse. "On the security side, we think it's important to keep it to protect people in our community," he said. But, again, he did not respond to any follow-up questions and concerns.

In the end, Zuckerberg concluded the meeting by saying he will "make sure to follow up" on individual questions in writing.

At one point during the hearing, Guy Verhofstadt of the Group of the Alliance of Liberals and Democrats for Europe, asked Zuckerberg of his legacy. "You have to ask yourself how you will be remembered," he said. "As one of the three big internet giants together with Steve Jobs and Bill Gates, who have enriched our world and our societies, or on the other hand, the genius that created a digital monster that is destroying our democracies and societies."

In this article: eu, facebook, gdpr, gear, internet, zuckerberg
All products recommended by Engadget are selected by our editorial team, independent of our parent company. Some of our stories include affiliate links. If you buy something through one of these links, we may earn an affiliate commission.