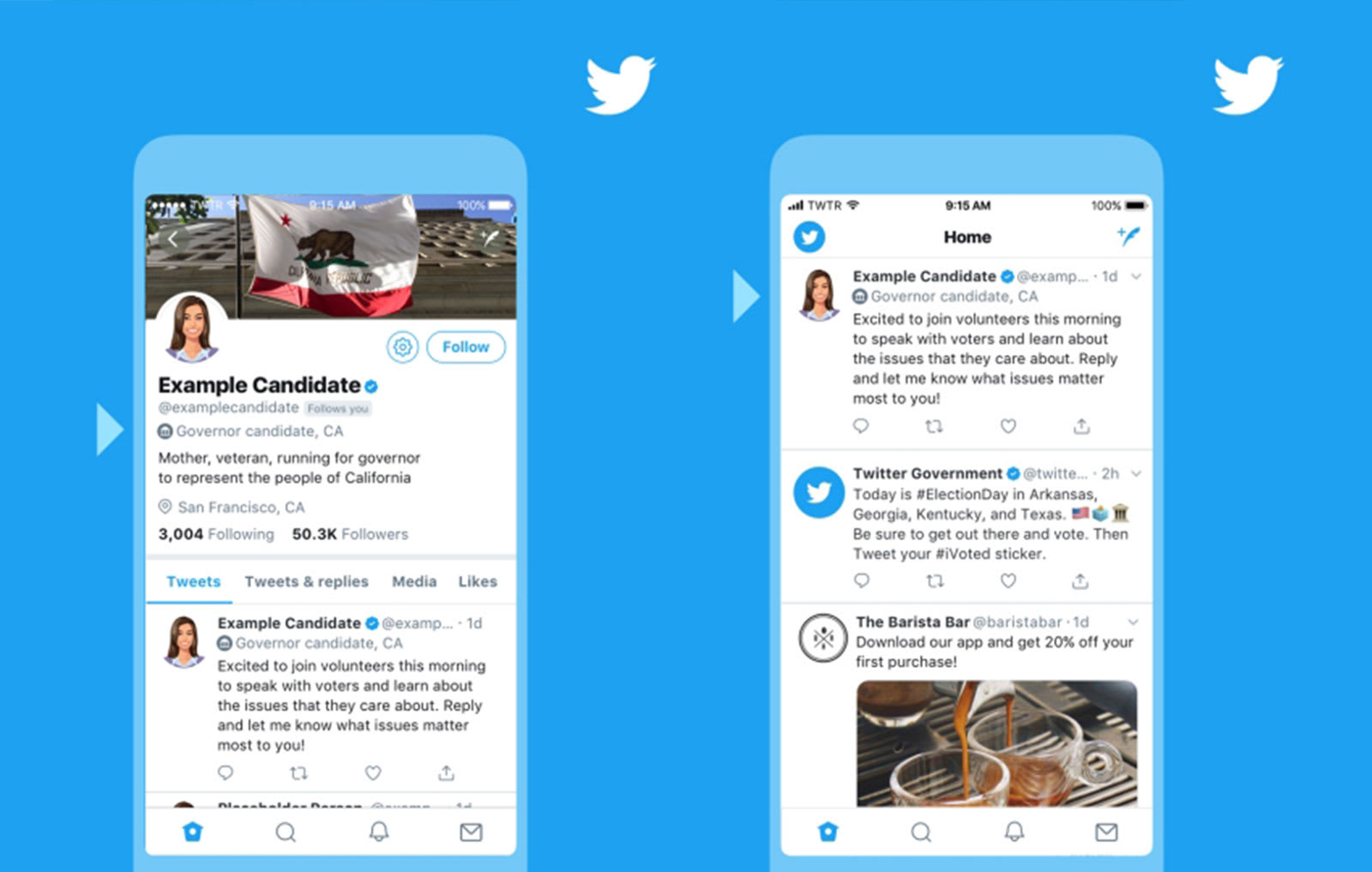 In a small effort to increase visibility and transparency in the upcoming US midterm elections, Twitter will add labels to political candidates. Only those running for state Governor, the US Senate or House of Representatives will get the added info: Beneath their username, on their profile and in every tweet or retweet, will be information about what office they're seeking, the state they're in and which district they'd represent (if applicable). This short disclosure strip will be prefaced by a government building icon.

In a blog post, Twitter acknowledged the platform's outsized role in informing the public, journalists and politicians: "We understand the significance of this responsibility and our teams are building new ways for people who use Twitter to identify original sources and authentic information," the post read.

After the fallout from the 2016 election where rampant Russian bot accounts interacted with 1.4 million users, the platform is taking this political season more seriously. Twitter vowed last fall to identify election advertisements and disclose who paid for them and joined Facebook in supporting the Honest Ads Act last month.

Source: Twitter blog
In this article: election, election2018, gear, internet, politics, services, SocialMedia, TL18VOTE, twitter
All products recommended by Engadget are selected by our editorial team, independent of our parent company. Some of our stories include affiliate links. If you buy something through one of these links, we may earn an affiliate commission.