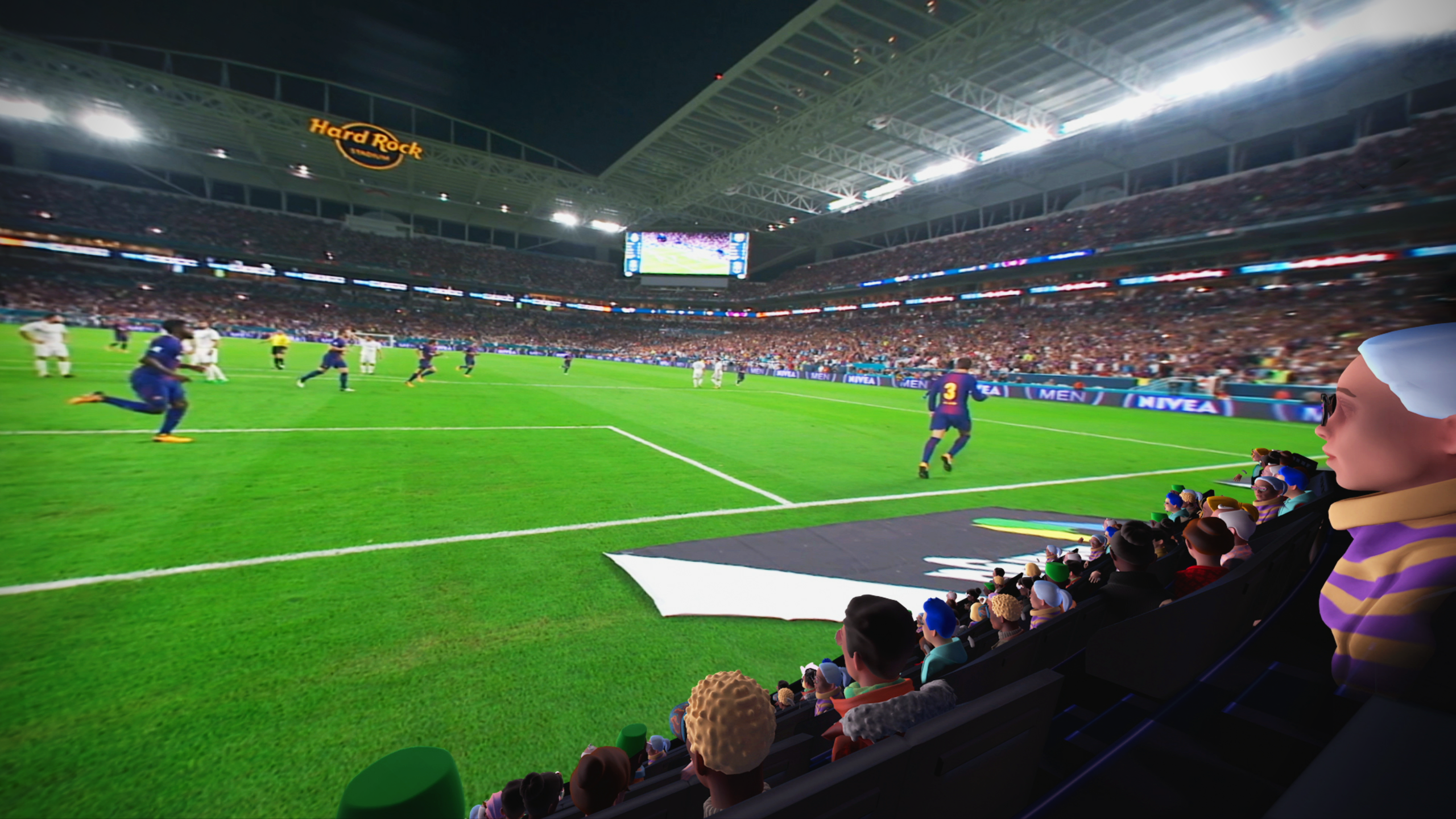 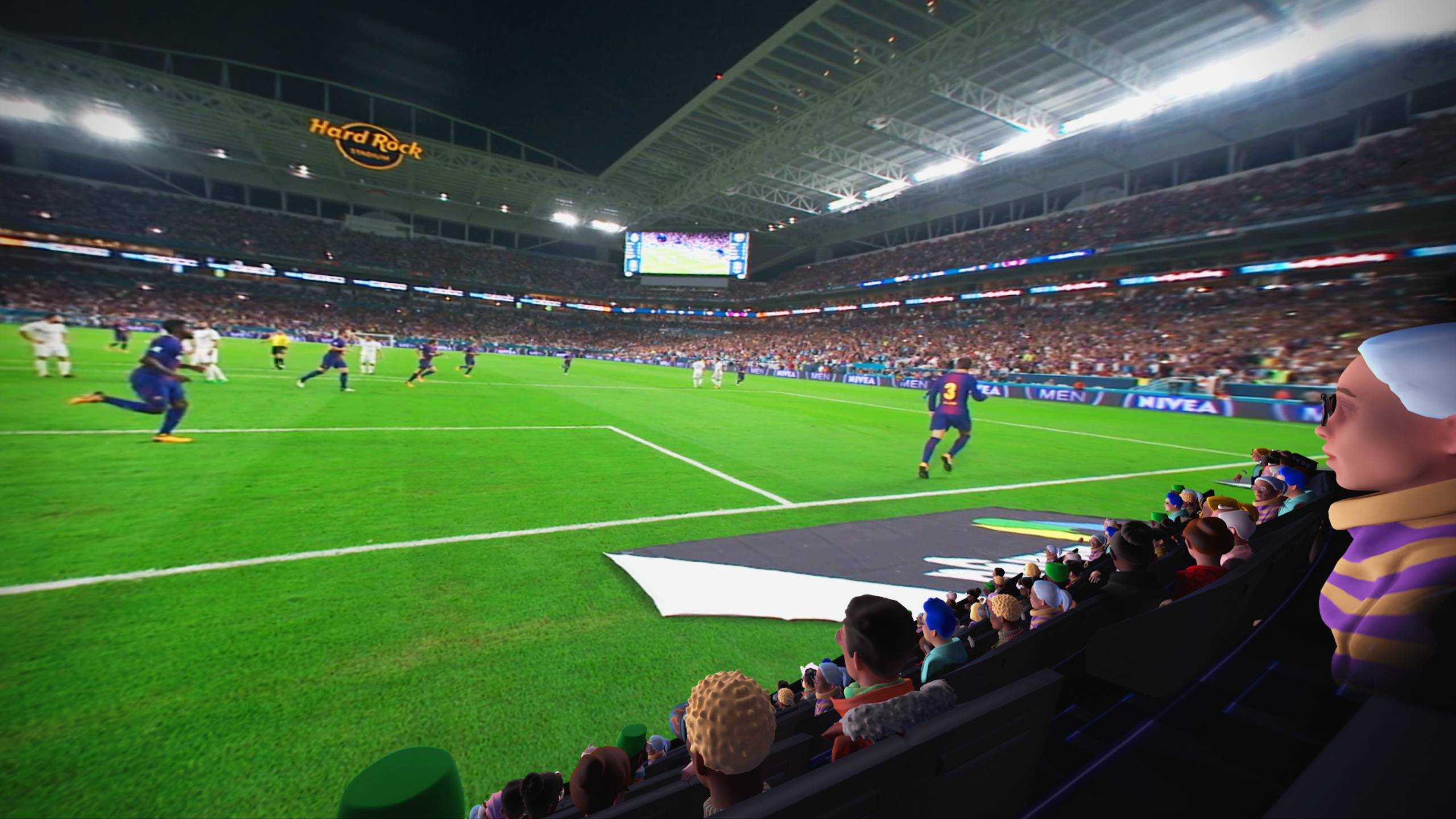 For the past couple of years now, Oculus and parent-company Facebook have been really pushing the concept of social VR. Oculus debuted Parties, a built-in voice chat app, and Rooms, a virtual hangout space, back in 2016, while Facebook launched its own social VR solution in the form of Facebook Spaces in 2017. Now, Oculus is ready to launch yet another social VR endeavor called Venues, which is a way to enjoy live performances in VR with your friends. Oh, and you'll likely be interacting with strangers as well.

I experienced a demo version of Venues last week to watch a basketball game, a replay of the Golden State Warriors vs. Memphis Grizzlies match that aired last December. To try out Venues, I needed an Oculus Avatar set up and to connect my Facebook account to my Oculus account. Venues will be available on the Gear VR as well as the Go at launch, while Rift users will have to wait a while longer.

As I delved into the experience, I was forced to sit through a Code of Conduct video that explains inappropriate behavior could get me kicked out. The reason for that is, unlike the other social VR apps, Oculus Venues is open to everyone, not just me and my friends. After all, Venues is supposed to mimic how it feels to be at a concert or a sporting event, surrounded by strangers. And sure enough, that's exactly how the Oculus Venues demo felt.

When I logged in, I found myself sitting in a virtual seat on the sidelines of Oracle Arena, with the game playing out in front of me. But instead of feeling like I was at an actual live event, it was more like watching a giant IMAX screen. This is because the camera angles kept switching, which removes the suspension of disbelief, and the video quality was pretty pixelated and grainy. An Oculus spokesperson told me that, eventually, they'll want the Venues experience to be as close to the real deal as possible, where the camera angles remain static. But even then, I doubt the video quality will be as good as a 4K TV set.

I was also immediately surrounded by sound, not just of the basketball game, but of people talking all around me -- again, simulating the experience of being at a live event. As I looked around the virtual seats, I noticed I was surrounded by other Oculus avatars with usernames above their heads, all seemingly engaged in conversations. There was no one sitting next to me, so I looked down at the menu console and hit the 'Try New Seat' button, which instantly repositioned me in the virtual stadium. I was next to someone who turned out to be, conveniently, an Oculus PR person. As she started talking me through the settings and options, her mouth moved, giving an air of realism to our virtual conversation. Interactions are very similar to the ones I experienced in Rooms, where I can turn my head, nod and even wave my hand.

She told me I can adjust the volume of the event as well as the voice chat going on around me. So if I can't hear who's talking to me, I can always turn down the event volume and turn up the chat. At any point in time, I can see in the menu console the three closest people to me: I had one person to my right and two to my left, and I could tell who's talking by their vibrating speaker icon in the menu console.

One feature that I particularly like is being able to mute noisy people around me. I can find their avatar and username in the menu and mute them. If I find them particularly offensive, I can also block and report them. Ah, if only you could do that to people in real life.

Unfortunately, however, I can't adjust an avatar's volume, specifically. I found this to be a shame, as sometimes I want to still hear what they're saying, but just at a softer level. I also wish I knew who else was speaking around me -- I could still hear some voices above me, for example, but since they were in the seats behind me, they didn't show up on the menu console. Mostly, I wanted to know who they were, so I could mute them.

Aside from just hitting the Try New Seat button to change seats, I can also just teleport with cursor controls -- just look at a seat I want and hit OK. If I get tired of the crowd in general and want a little bit of alone time, I can also switch to Solo Viewing mode, which lets me watch the game in peace. It's like having my own personal luxury box.

But what if I just want to watch the game with my friends, with no strangers around? Well, there doesn't seem to be much of an option for that. An Oculus spokesperson said we could just all sit in the same part of the stadium, which doesn't seem very different from being at a real event. I guess that makes it seem more realistic, but it's a part of reality that I don't like all that much. 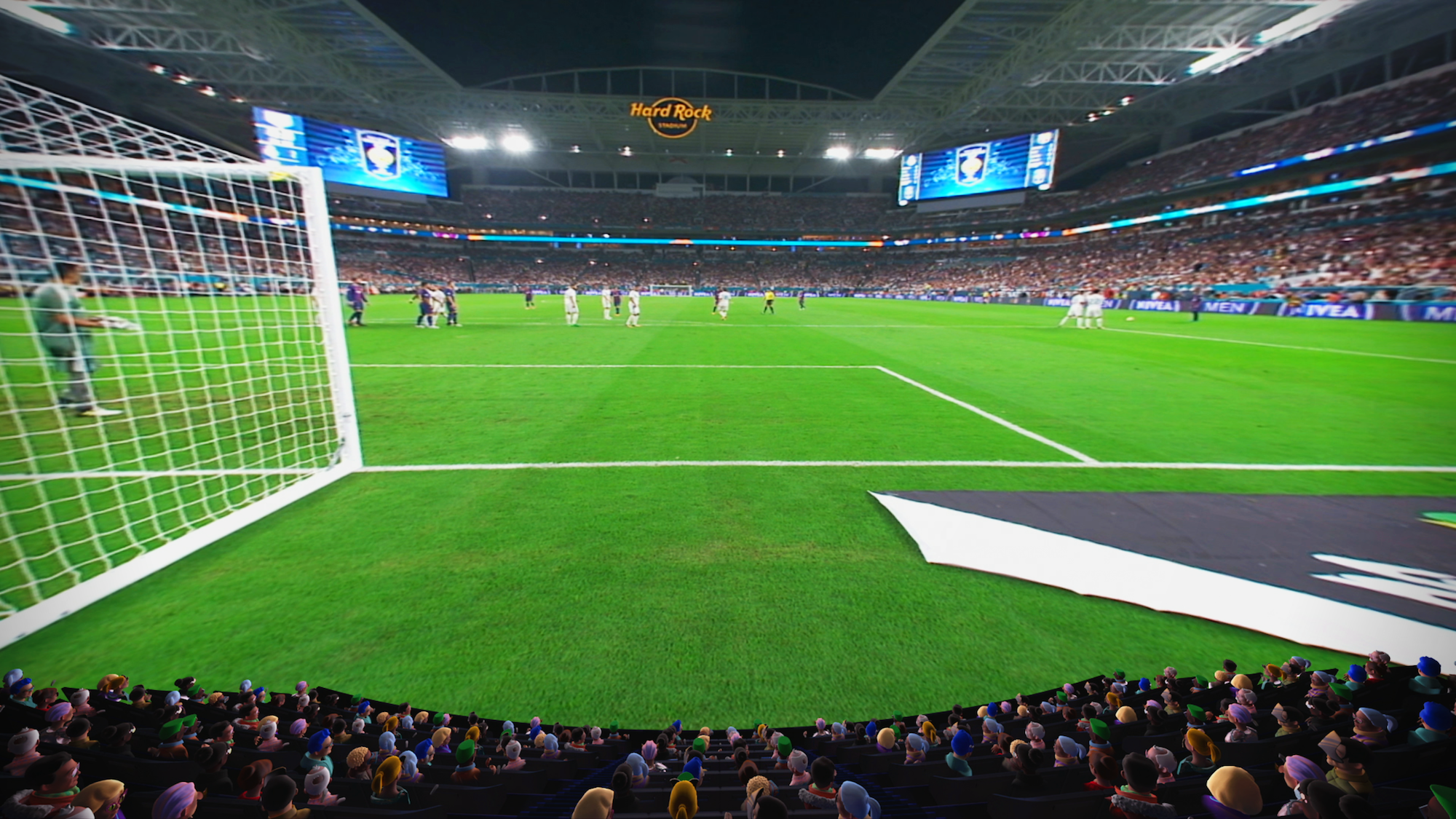 If you're slightly more extrovert, though, there are a few features designed for you to make friends with people you don't know. Remember you had to hook up your Oculus account with your Facebook account? Well, if you do, you might come across a random audience member who's a friend of a friend. For example, during my demo, I happened to sit next to a person who's a mutual friend of three former co-workers of mine. We struck up a conversation, and he added me as a friend (on the Oculus network, not Facebook), right then and there, thanks to a little button in the Venues menu. As I traveled from seat to seat, I saw people with similar interests, like so-and-so was also a fan of the Giants -- information that was probably culled from our Facebook profiles.

If you're getting a little scared about the invasion of privacy, well you have the option to turn social sharing off. Also, your real name is never shared -- only your Oculus ID. And you never share your real-life photo either; it's always just your avatar. Additionally, if you're ever concerned about someone creating a ruckus or calling names in the Venues app, Oculus says there'll be several moderators monitoring each event to make sure bad actors are taken care of.

Admittedly, I enjoyed my virtual sports hangout more than I thought I would. The interactions were pretty fun, and I liked that I was able to mute the people around me as I talked to someone else. At the same time, however, the demo I experienced was just with a handful of people. Oculus says that actual live events can have a crowd of around 1,000, which seems like a lot to handle, even if they're all just virtual avatars. I'll have to try Venues out at an actual live event to see if I'll still like it.

Thankfully, it seems I won't have long to do so. The first live Venues event, a Vance Joy concert, will air tonight at 7:30pm PT / 10:30pm ET. Other events scheduled throughout the summer include live MLB games, concerts from AEG Presents, film screenings of Lionsgate movies and plenty of standup from Gotham Comedy Live. All Venues events are free.

In this article: av, entertainment, facebook, internet, oculus, oculusvenues
All products recommended by Engadget are selected by our editorial team, independent of our parent company. Some of our stories include affiliate links. If you buy something through one of these links, we may earn an affiliate commission.