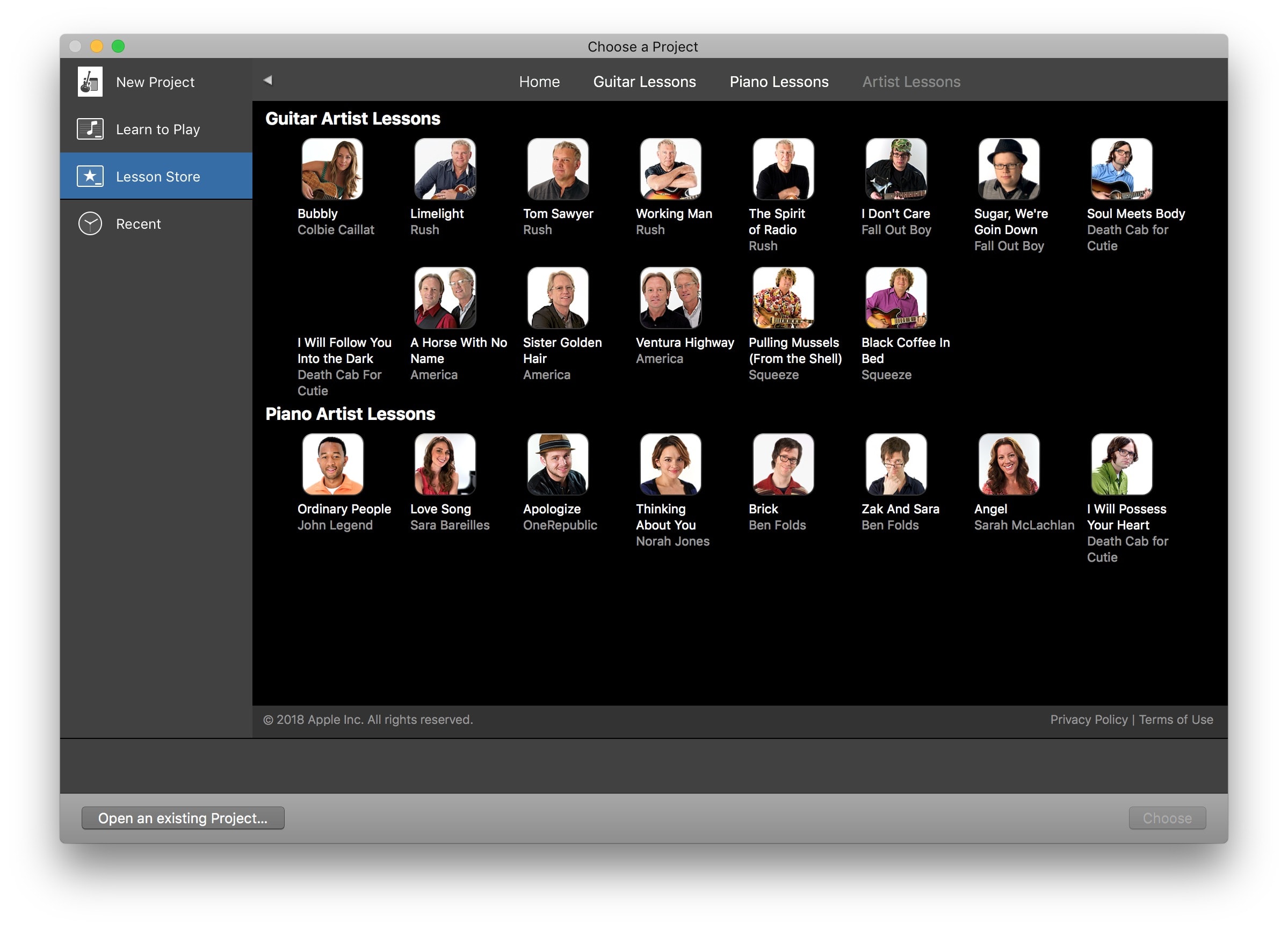 GarageBand has long been a useful tool to record music, podcasts and more. Even better, the app is free to download and use on your Mac or iOS devices, making it easy to try. Recent updates have brought enhancements like a portal for free sound packs and a better drum sequencer (on mobile), along with Touch Bar support and realistic-sounding drummers on the desktop. Now, Apple is upgrading its music creation suite yet again, offering it's previously $5 artist piano and guitar lessons for free, along with more additions to its drummers, loops and sound effects.

The lesson include some from Alex Lifeson of Rush, Ben Gibbard from Death Cab for Cutie and Ben Folds; they used to run $5 each. Now that they're free, you should be able to download as many as you want from the GarageBand Lesson Store and up your skills without having to pay. GarageBand version 10.3 is available as a free update in the Mac App Store, and gives you two new live drummers who play Roots and Jazz styles. There are 1,000 new electronic and "urban" loops in categories like Reggaeton, Future Bass and Chill Rap, along with 400 new sound effects, including animal, machine and voice effects. The new version also adds five vintage Mellotron patches, Chinese and Japanese drums and a compatibility update for the iOS version of the app.

Via: 9to5Mac
Source: Mac App Store
In this article: apple, artists, free, garageband, gear, lessons, personal computing, personalcomputing, update
All products recommended by Engadget are selected by our editorial team, independent of our parent company. Some of our stories include affiliate links. If you buy something through one of these links, we may earn an affiliate commission.