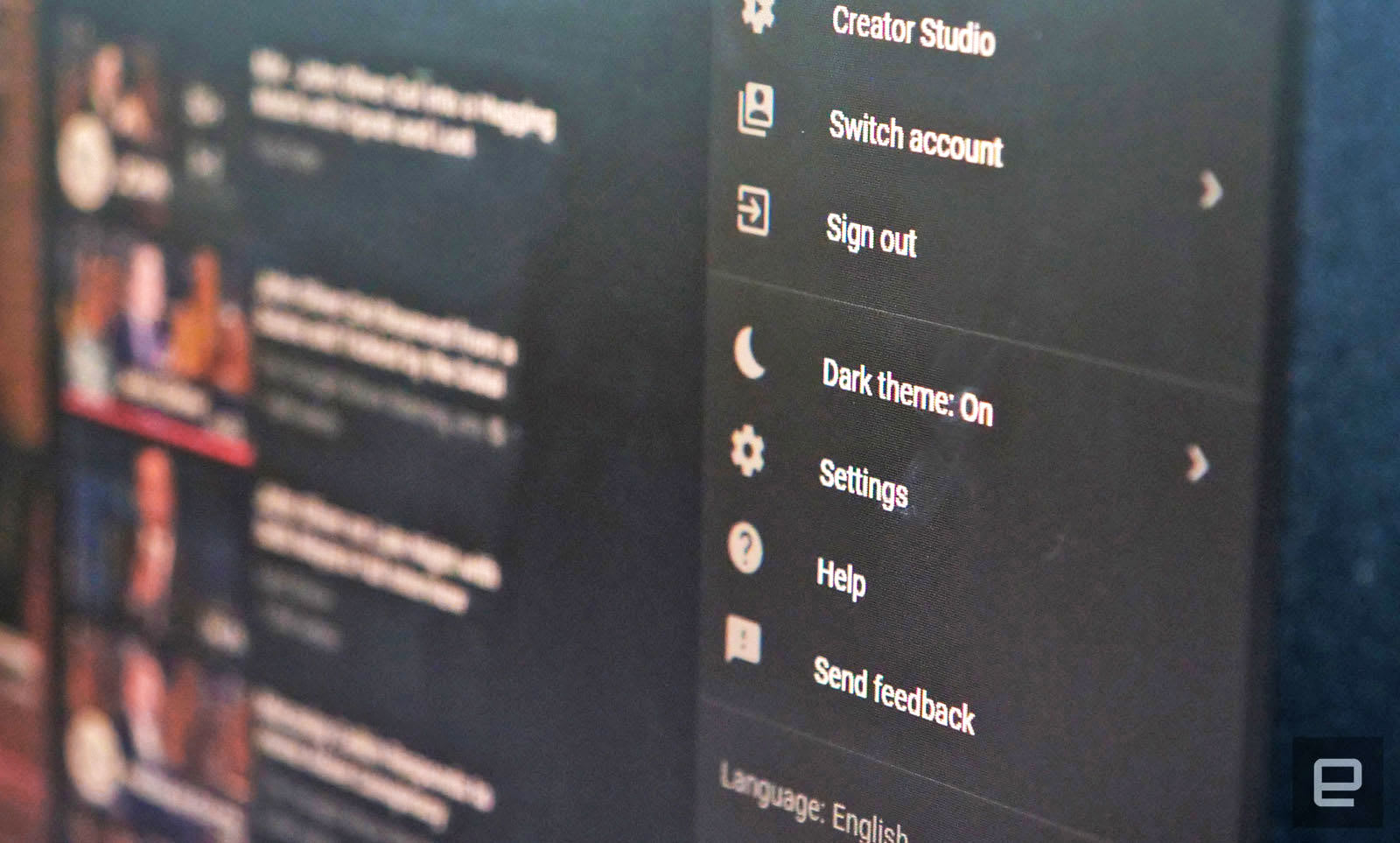 YouTube has taken its sweet time bringing its "dark theme" to Android (iOS users got the option in March), but it's finally here. The streaming video giant has started rolling out the option to at least some Google-powered devices. If you have it on your phone, you'll find it your Settings' General section. It's not certain how soon everyone will get the feature (we've asked Google for comment), but it may take some days to arrive. Don't despair if you're looking at the familiar white backdrop for a while.

As on iOS and the web, this flips the main interface background to a dark gray with white text on top. It's mostly helpful for sparing your eyes during late night video marathons (so long as the videos themselves aren't blinding, of course). For that matter, it's also appealing if you have one of the growing number of notched Android phones on the market -- if you're perturbed by that missing chunk of screen, it'll be somewhat less conspicuous while you're browsing videos.

Source: 9to5Google
In this article: android, darkmode, gear, google, internet, mobile, smartphone, streaming, youtube
All products recommended by Engadget are selected by our editorial team, independent of our parent company. Some of our stories include affiliate links. If you buy something through one of these links, we may earn an affiliate commission.