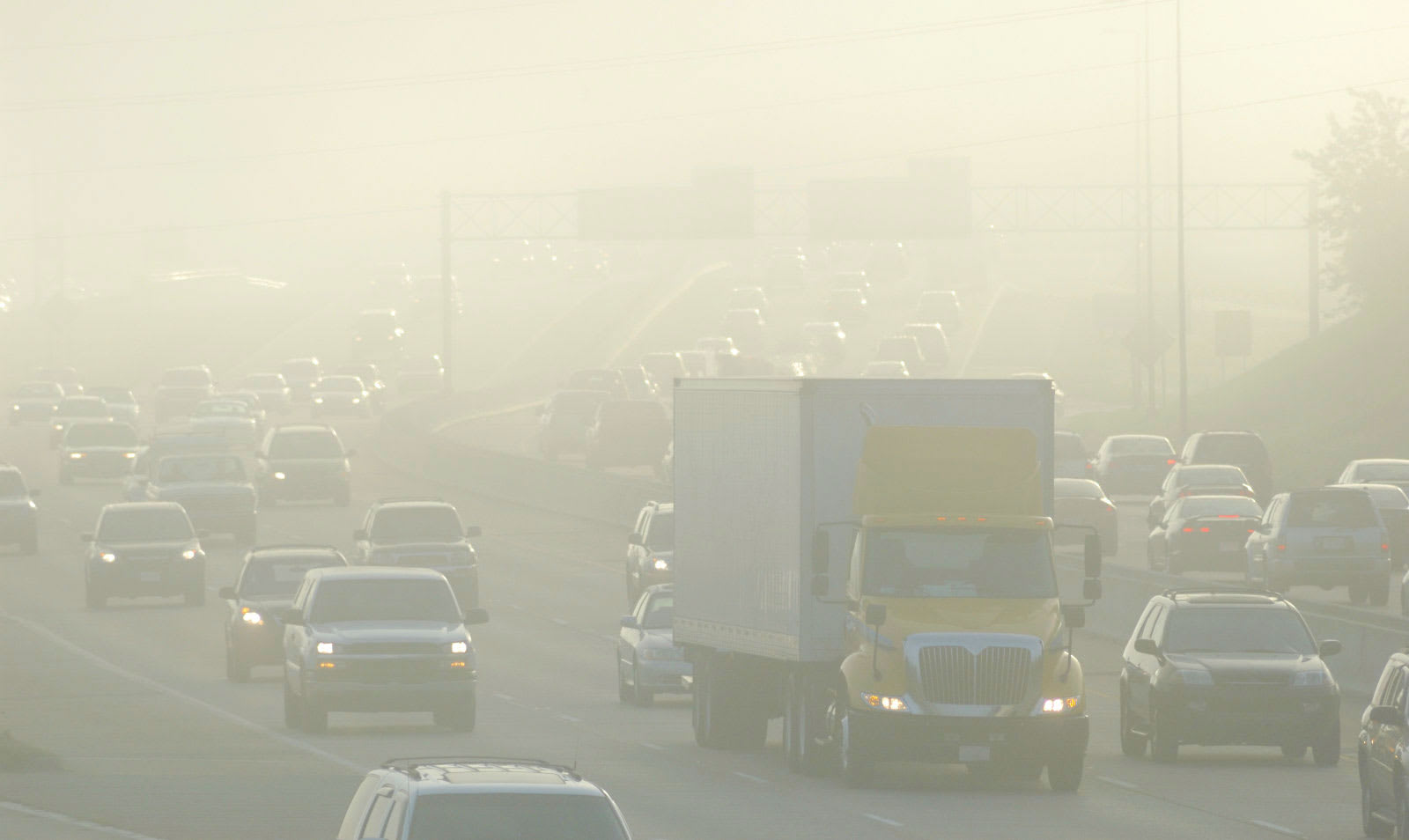 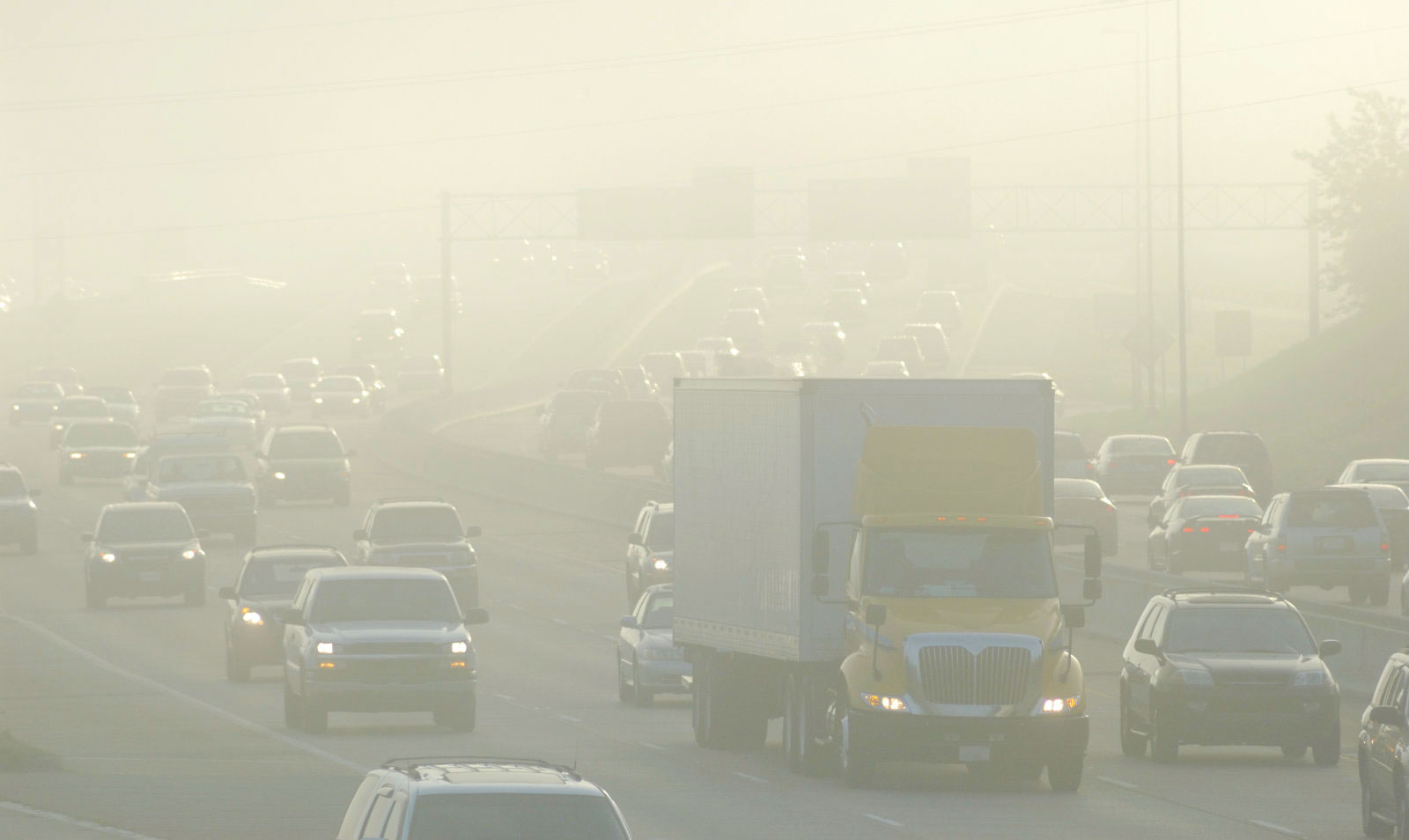 The Trump administration unveiled its proposal to weaken Obama-era fuel efficiency standards, and it's as bad as you would expect.

The 2012 Obama-era rule required automakers to have an average fuel economy of 54 miles per gallon for passenger cars by 2025. In addition to lowering emissions and helping combat climate change, it would save consumers money because they'd end up spending less on gas.

The Trump administration's proposal -- which is a joint venture of the Environmental Protection Agency and Department of Transportation -- would freeze an automaker's average fuel economy to about 37 miles per gallon in 2021. The reasoning behind this is that the Obama-era rules were too tough for automakers to comply with, the 2012 rules make new cars too expensive and as many as 1,000 lives a year will be saved by the Trump administration proposal. The mental gymnastics of that last claim is impressive.

Oh, also the proposal wants to strip a state's right to set its own emissions standards. Mostly this is aimed at California. The state has the toughest standards and really sets the bar for the rest of the country when it comes to regulating vehicle pollution.

Of course, the auto industry should be beside itself with glee over this, right? Yeah, not so much. Automakers were not fans of the Obama-era rules; they also found them to be overly ambitious. But they're not really happy with this proposal, either.

The issue is that this kind of scorched-earth rulemaking puts automakers in a sort of limbo. California and other states have already said they'll challenge these new rules in court. While the states and the federal government battle it out with teams of lawyers, automakers will have to decide if they go with the Obama-era rules (basically going down the road they already know), go down the potential Trump-era rules (which might bite them in the ass if they are defeated in court) or find a happy medium and hope for the best.

It's a happy medium that the auto industry wanted in the first place. It wanted some of the rules to be tempered with year-based goals. Something to take some of the pressure off the fuel-economy rules without triggering what's happening now, which is uncertainty.

Automakers support continued improvements in fuel economy and flexibilities that incentivize advanced technologies while balancing priorities like affordability, safety, jobs, and the environment. With today's release of the Administration's proposals, it's time for substantive negotiations to begin. We urge California and the federal government to find a common sense solution that sets continued increases in vehicle efficiency standards while also meeting the needs of America's drivers.

Automakers set roadmaps years, even decades, in advance. What some of them wanted was a little breathing room to adjust those plans. Instead, they got turmoil and uncertainty. This is in addition to the ridiculous trade war.

Meanwhile, in the rest of the world, fuel-economy standards and the push for EVs will stay the same. Those aren't going away just because the United States decided to change its mind. If you're a company building a car in a single factory to be sold both in Europe and the United States, it might not even make financial sense to build a "dirty" version for the US. Especially since the cars share the same components.

This also trickles down to the companies that build the parts (including ones for emissions). If an automaker isn't sure what the fuel efficiency of a car will be in four years, how would the people that make the parts possibly know?

All of this is bad for business. Instead of finding a responsible solution, the Trump administration just created a whole host of problems for the companies they were supposedly helping.

That's business. The more important issue is the quality of our air.

Los Angeles, where cars are a religion, has horrible smog. It has some of the worst air pollution in the country. It actually used to be worse. Before the Clean Air Act was passed in 1970, Los Angeles was covered in brown smog.

No, really: Look at these crazy photos of people coping with smog in Los Angeles before the 1970s.

California noticed that while the air was cleaner, it was still a mess. So the state created its own emissions standard to battle the growing number of cars on the road. People will still buy cars, but as a state, it decided those cars should be cleaner. The Trump administration wants to take that power away, and California is not happy about that and it's ready to go to court with 19 other states on its side.

By creating rules to reduce pollution caused by passenger vehicles, we make the air just easier to breathe. That's important because pollution kills. I like a twin-turbo V8 as much as the next car nut, but I like breathing way more. It's how I keep living.

The proposal by the EPA and DOT notes that their plan will save 1,000 lives a year because folks can't afford to swap their older car with a new, safer vehicle thanks to the Obama-era rules. By their own estimates, overall average vehicle-ownership cost will be reduced $2,340 (because the technology to make cars cleaner is expensive). When you spread that cost over a five-year loan, that's about $468 a year.

If you hop on over to the government's FuelEconomy.gov site and compare the fuel savings of a Trump administration-proposal vehicle to an Obama-rules vehicle, the yearly savings for a "Trump" car drops to about $107. Or $9 a month.

Sure, the Trump administration-proposal vehicle is still cheaper. But not by much. An extra $9 a month doesn't seem like too much to spend for cleaner air.

It's weird that the EPA and DOT didn't include fuel costs in their calculations. Especially since the site that compares fuel economy is part of the EPA and the label (it's called a Monroney) that's on new cars states the amount of fuel a car and it's yearly cost compared to the national average uses information from the EPA.

Even if you still think the 54-miles-per-gallon average by 2025 is excessive, it's important to note, it's not impossible. When GM created the Chevy Bolt it didn't expect the range to be as high as it is. But it created a great EV that's good to go more than 200 miles.

These companies don't need to replace their entire lineup with EVs. For some folks, an electric car doesn't work. But hybrid, variable compression and technologies like Skip Fire make even our beloved SUVs and crossovers more fuel-efficient.

The weirdest thing is that the administration sort of forgot about the newest US automaker. Tesla can't build EVs fast enough. Model 3 production and Tesla as a company may have problems, but the public still wants an electric car that doesn't spout trash into the air. We're ravenous for it, and other automakers have taken note.

Nearly all automakers (including a lot of American ones) have announced that they will have more electrified vehicles available during the next decade. Various companies on numerous occasions have told me, it's not because of regulations, it's what consumers want.

So I'm not sure who the Trump administration thought it was helping with this proposal. Maybe it plays well with people that "roll coal" or climate-change deniers. Oil companies might be happy about this. But it's bad for the environment, people, automakers and suppliers. The only people benefiting from the proposal right now are lawyers because the lawsuits from states (especially California), they're coming.

In this article: business, dot, editorial, epa, ev, FuelEfficiency, gear, green, hybrid, obama, opinion, tomorrow, transportation, trump, trumpadministration
All products recommended by Engadget are selected by our editorial team, independent of our parent company. Some of our stories include affiliate links. If you buy something through one of these links, we may earn an affiliate commission.