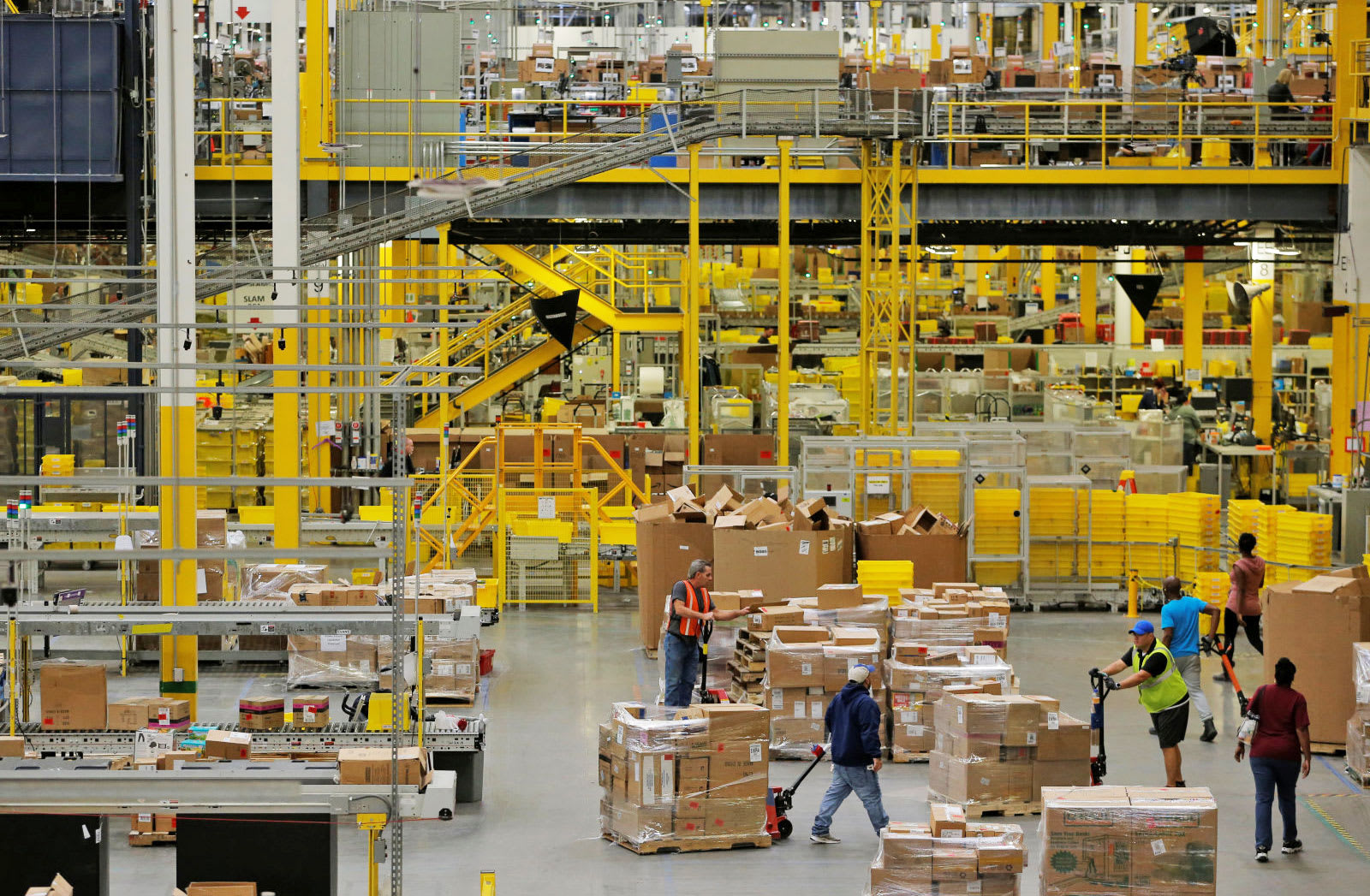 Senator Bernie Sanders (I-VT) is set to introduce a bill next week aimed at improving working conditions at large companies like Amazon and Walmart, a move that follows a number of public criticisms of the companies' working conditions and low wages. Yesterday he also asked Amazon employees to share their experiences at the company, tweeting a link to a form through which former or current Amazon employees could share stories and asking if they ever had to use public assistance such as Medicaid, subsidized housing or SNAP while working for the company. Now Amazon is responding.

In a blog post published today, Amazon said that the Senator was making "inaccurate and misleading accusations" about the company's practices. "In addition to highly competitive wages and a climate controlled, safe workplace, Amazon provides employees with a comprehensive benefit package including health insurance, disability insurance, retirement savings plans and company stock," Amazon said. It also noted company programs like LeaveShare, which allows workers to share paid parental leave with non-Amazon employed spouses that don't get such leave at their own jobs, and RampBack, which lets new parents return to work with eight weeks of flexible, reduced work hours.

Additionally, Amazon sent a letter to its employees encouraging those in fulfillment centers to share their stories with Sanders. "I encourage you and your teams to let him know what you think," Amazon's head of global operations, Dave Clark, said in an email. "He only asks if you are on food stamps, but I hope he would be interested in hearing that you're not as well."

Sanders isn't the only person to criticize Amazon's working conditions. A number of reports sharing workers' experiences have been published over the last few years detailing stories about a lack of adequate break time, pressure to meet unrealistic goals and penalties issued for taking sick days. These accounts have been published by Mother Jones, Gawker, The Guardian, The Sun and, most recently, Business Insider, to name a few. Amazon warehouse workers in multiple countries also protested last month's Prime Day and went on strike last Black Friday. In April, the National Council for Occupational Safety and Health named Amazon one of the most dangerous places to work in the US based on its warehouse conditions.

"The taxpayers in this country should not be subsidizing a guy who's worth $150 billion, whose wealth is increasing by $260 million every single day," Sanders said about Amazon CEO Jeff Bezos in an interview with TechCrunch yesterday. "That is insane. He has enough money to pay his workers a living wage. He does not need corporate welfare. And our goal is to see that Bezos pays his workers a living wage." He added, "I believe that Jeff Bezos can play a profound role in American society today if he were to say, 'Yes, I'm the richest guy in the world. I will pay my workers a living wage at least $15 and make sure all of my workers have the security and dignity they need. I will improve conditions.'"

In its blog post, Amazon said that the average hourly wage for a full-time associate in its fulfillment centers was over $15 per hour, but that figure it said includes cash, stock and incentive bonuses. According to a recent SEC filing, the median annual pay of Amazon employees is just $28,446.

Sanders' bill would stipulate that companies with 500 or more workers that pay their employees so little that they have to partake in government assistance programs will have to pay taxes that offset that amount. "It's going to be the employer -- the Jeff Bezos, the Walton family -- who will pick up the tab for these public assistance programs, rather than the middle class of the country," he told TechCrunch.

Update 8/29/18 2:15PM ET: Sanders has issued a response to Amazon's blog post. The Senator says that the company "has been less than forthcoming with information about their employment practices" and refuses to release data on contractor wages and benefits. "If Amazon is so proud of the way it treats its workers, it should make public the number of people it hires through temporary staffing agencies like Integrity Staffing Solutions and make public the hourly rate and benefits those workers earn," he said. You can read his full statement, including stories recently sent to the Senator from Amazon employees, here.

Via: TechCrunch
Source: Amazon
In this article: amazon, berniesanders, bill, business, gear, politics, wages, walmart, WorkingConditions
All products recommended by Engadget are selected by our editorial team, independent of our parent company. Some of our stories include affiliate links. If you buy something through one of these links, we may earn an affiliate commission.