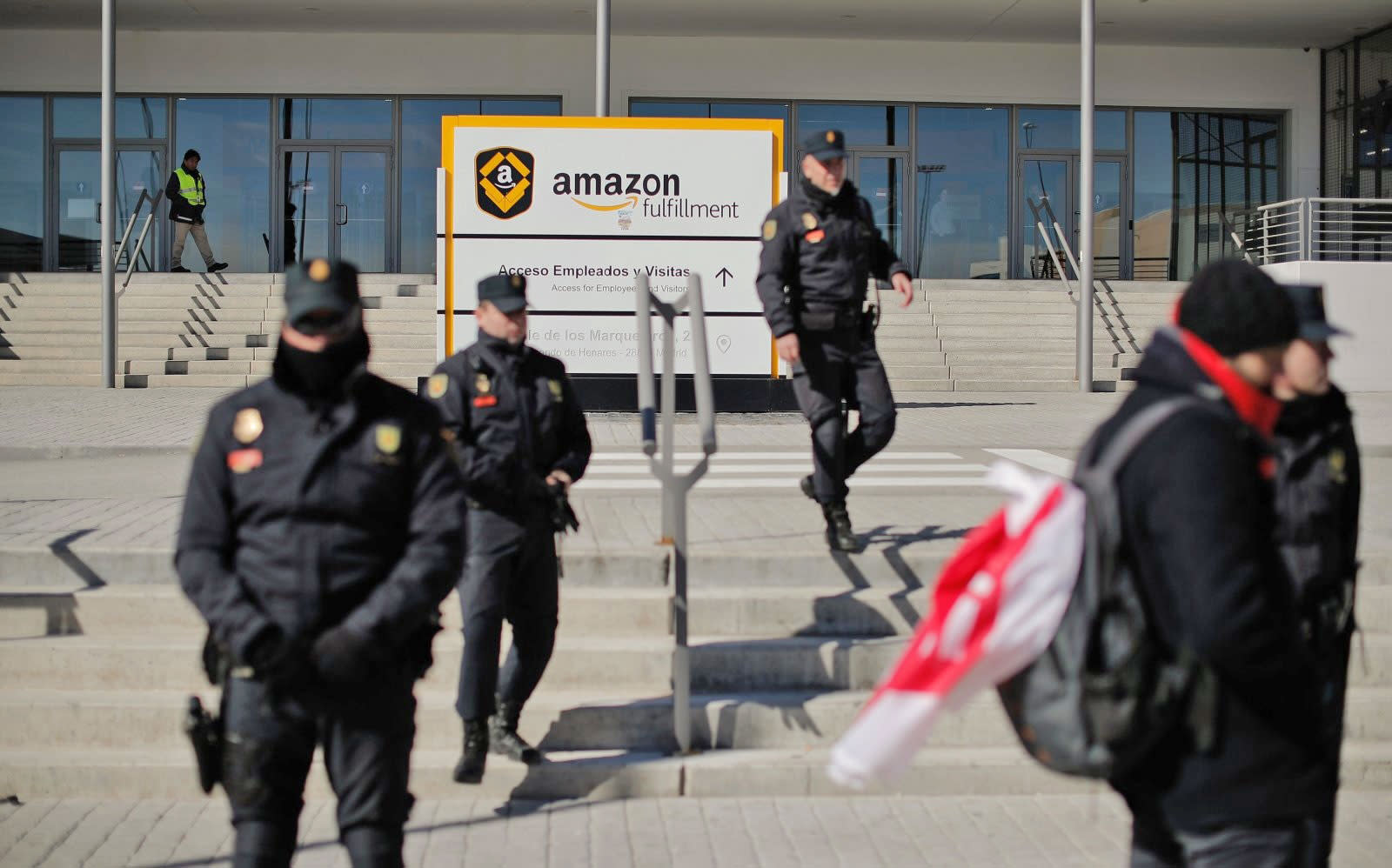 Amazon warehouse workers in Germany, Spain and Poland are hoping to call the e-commerce giant's attention to their plea for better working conditions by going on strike on Prime Day. The workers for the company's fulfillment centers are protesting the increase in working hours even though they don't receive bonuses, as well as the lack of protection against illnesses. Stefanie Nutzenberger from German labor union Verdi, which called for the strike, said "The message is clear -- while the online giant gets rich, it is saving money on the health of its workers."

According to The Washington Post, 1,800 workers in Spain went on strike today, July 16th, and the protest in the country is expected to last until July 18th. Thousands of workers across six fulfillment centers in Germany plan to walk out tomorrow, July 17th, while those in Poland intend to do the bare minimum to stay employed.

It's far from the first time Amazon's warehouse workers staged a protest: distribution center employees in Germany and Italy also walked out on Black Friday last year over pay issues and workplace health hazards. Over the years, reports about harsh working conditions in the company's distribution centers regularly popped up, including stories from people claiming they were injured on the job and collapsed due to exhaustion. Just earlier this year, the National Council for Occupational Safety and Health named Amazon as one of the most dangerous places to work for in the US, citing seven warehouse workers' deaths since 2013.

The company insists, however, that its fulfillment center jobs offer competitive pay and benefits, with workers earning 12.22 euros ($14.31) an hour or more after two years. "We believe Amazon's Fulfillment Center jobs are excellent jobs providing a great place to learn skills to start and further develop a career," a spokesperson told Reuters. Amazon also believes only a fraction of its 12,000 workers in Germany will walk out tomorrow and that the protest will not affect its Prime Day sales. The Post says the event is expected to bring in a whopping $3.4 billion this year, so it's no wonder the company doesn't seem concerned. Unfortunately for the protesters, a few thousand people walking out might truly not be a big deal for the e-retail titan.

Update: An Amazon spokesperson has reached out and told Engadget that the company "is a fair and responsible employer" committed to dialogue:

"Amazon is proud to have created over 130,000 new jobs in the last year alone. These are good jobs with highly competitive pay and full benefits. One of the reasons we've been able to attract so many people to join us is that our number one priority is to ensure a positive and safe working environment. We use our Connections program to ask associates a question every day about how we can make things even better, we develop new processes and technology to make the roles in our facilities more ergonomic and comfortable for our associates, and we investigate any allegation we are made aware of and fix things that are wrong. We believe it's this commitment to our associates and operational excellence that makes Amazon the most attractive place to work in the U.S., according to the annual LinkedIn Top Companies List. We encourage anyone to come see for themselves what it's like to work at an Amazon fulfillment center by taking a tour -- sign up and learn more at http://amazonfctours.com."

In this article: amazon, business, gear, germany, poland, primeday, spain, strike
All products recommended by Engadget are selected by our editorial team, independent of our parent company. Some of our stories include affiliate links. If you buy something through one of these links, we may earn an affiliate commission.