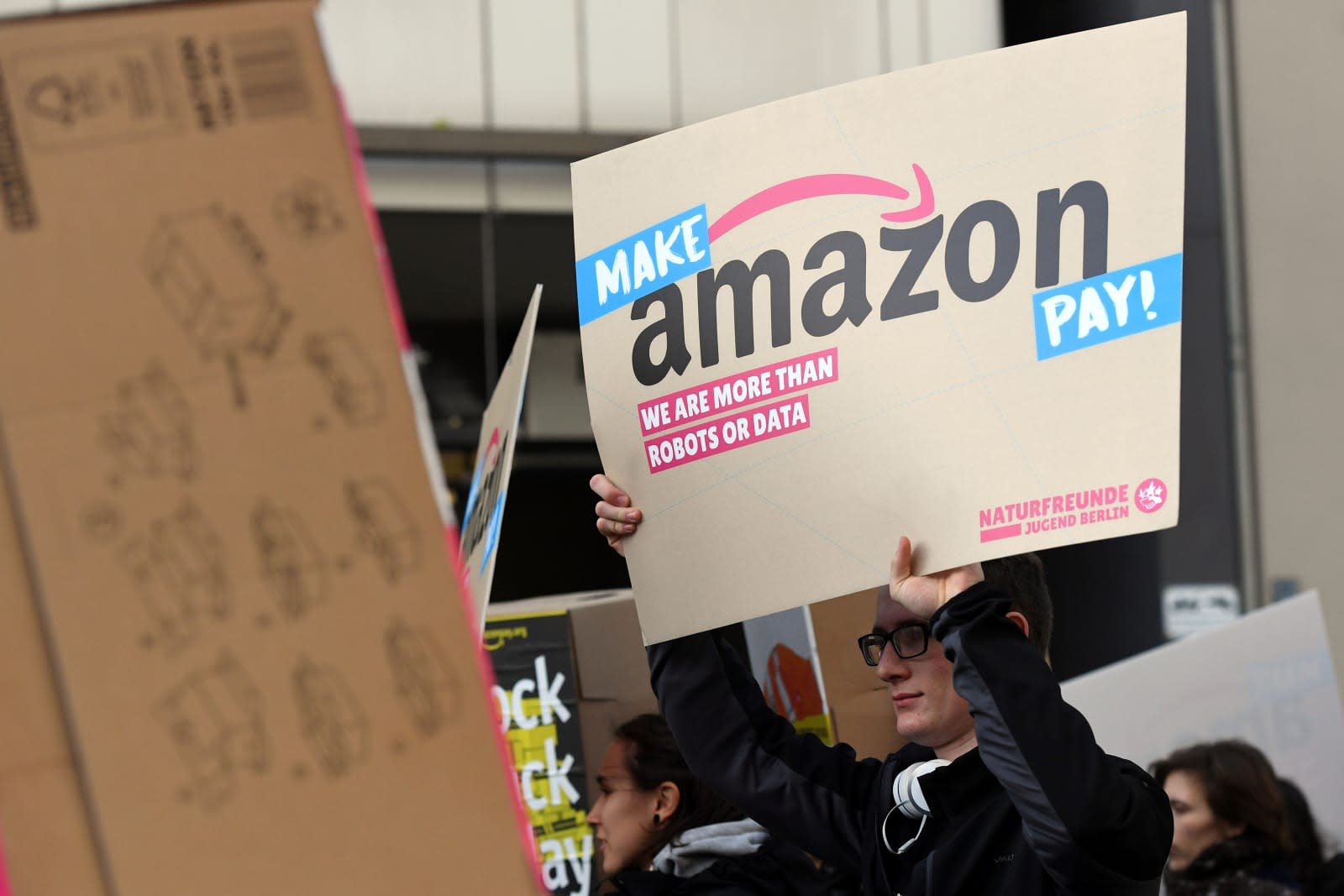 As exciting as it may be go on an online shopping spree for Black Friday, there is a human price to be paid: thousands of warehouse workers often have to commit many exhausting hours to making sure your orders arrive on time. And some Amazon warehouse workers have had enough. Staffers at Amazon distribution centers across Germany and Italy have gone on strike over pay issues and conditions they believe "endanger the health" of employees. Complaints about a lack of bonus pay are central to the walkout, but there are also extensive concerns about what Amazon expects from its floor staff.

The German union Verdi claims that Amazon "permanently endangers" workers by pressuring them to do more and more in a shorter time span, with constant performance monitoring, a "poor leadership culture" and short recovery times between working stints. In short: even if pay wasn't an issue, the risk of burnout would be.

In a statement to TechCrunch, Amazon didn't say if it was negotiating with unions but did downplay the significance of the strikes. The "vast majority" of German and Italian employees came to work, Amazon said. It also pointed to its "record of job creation" and was "confident" it would fulfill customer demand during the holidays. When speaking to Reuters, Amazon added that its salaries were some of the highest in the logistics field and included perks like private medical insurance and money for training programs.

The strikes underscore the tensions that increasingly dominate online shopping. When companies like Amazon revolve around offering the lowest prices and shipping your goods as quickly as possible, cutting costs is important. It can be tempting to wring as much as possible out of warehouse employees, especially when robots could streamline (and theoretically replace) their jobs.

In this article: amazon, business, e-commerce, gear, germany, internet, italy, shopping, strike, warehouse, work, workingconditions
All products recommended by Engadget are selected by our editorial team, independent of our parent company. Some of our stories include affiliate links. If you buy something through one of these links, we may earn an affiliate commission.