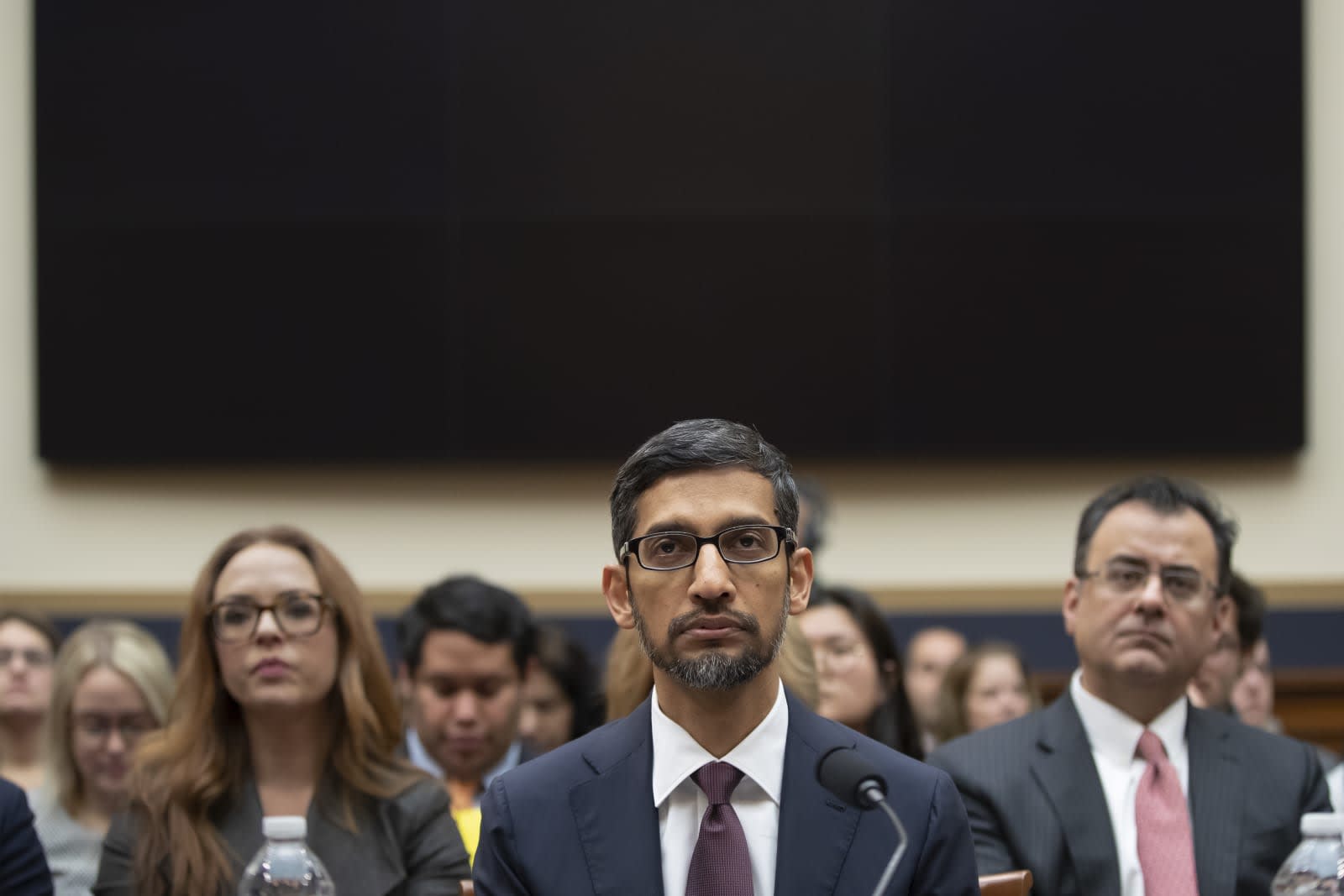 If you were hoping that Google chief Sundar Pichai would shed more light on his company's potential censored search engine for China... well, you'll mostly be disappointed. Rhode Island Representative David Cicilline grilled Pichai on the recently acknowledged Dragonfly project and mostly encountered attempts to downplay the significance of the engine. The Google exec stressed there were "no plans" to launch a search engine for China, and that Dragonfly was an "internal effort" and "limited" in scope.

Pichai added that Google was "currently not in discussions" with Chinese officials. He also provided a non-committal answer when asked if Google would promise not to create a tool enabling Chinese surveillance. "It's in our duty to explore possibilities, to give users access to information," he said.

The responses aren't completely surprising. Pichai had previously characterized Dragonfly as an exploratory project, and that he thought it was important to take a "longer-term view" that considered the value of deeper and more accurate information for Chinese internet users. His testimony is consistent with that perspective and gives the company the freedom to either rollout Dragonfly or quietly shelve it if the backlash is too strong to ignore.

Source: C-SPAN (YouTube)
In this article: china, congress, dragonfly, gear, google, HouseOfRepresentatives, internet, politics, search, sundarpichai, surveillance
All products recommended by Engadget are selected by our editorial team, independent of our parent company. Some of our stories include affiliate links. If you buy something through one of these links, we may earn an affiliate commission.