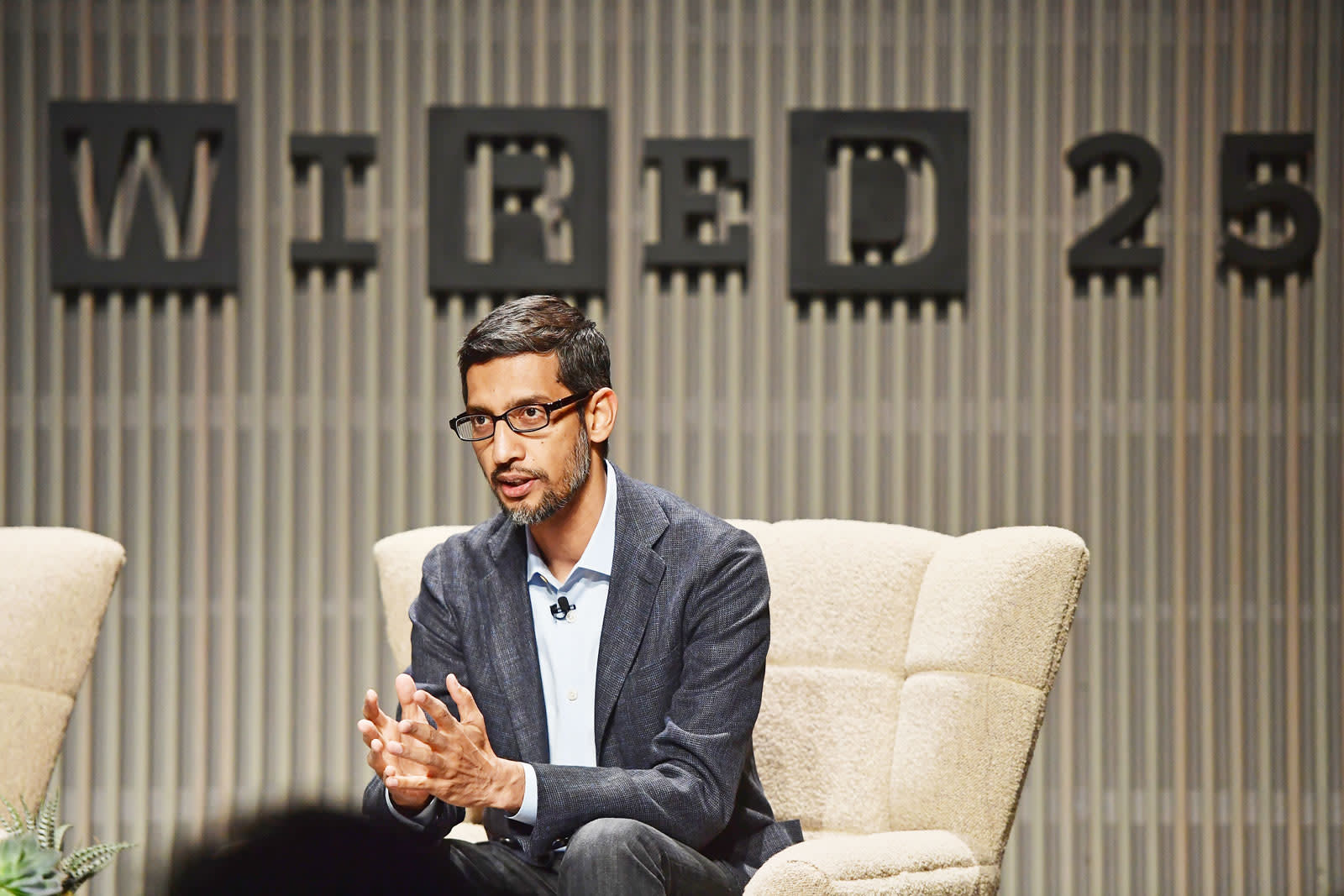 When Google's chief privacy officer admitted to the Senate that the company is working on a secret project called 'Dragonfly,' he refused to say what it is. According to previous reports, Dragonfly is the codename for the censored search engine Google has been developing for China since 2017 -- a search engine that can automatically identify websites banned by the country's infamous firewall and can remove them from the results page. Now, Google chief Sundar Pichai has openly confirmed the search engine's existence at the Wired 25 Summit and even told the audience that its development is going very well.

"It turns out we'll be able to serve well over 99 percent of the queries," he said on stage. The executive defended the project, telling people that Google is "compelled by [its] mission [to] provide information to everyone," but it also has to follow the laws in every country. China serves as home to 20 percent of the world's population, after all, and its absence in the nation means it's missing out on such a huge number of potential users.

Pichai said that there are many areas where Google could provide "information better than what's available" to people in China. The search engine could lead to reliable cancer treatment info, for instance, instead of the fake information they might be getting elsewhere.

The Google CEO also said during the event that the company re-evaluated its choice to pull out of China a few years ago, calling the country a wonderful and innovative market. "We wanted to learn what it would look like if we were in China, so that's what we built internally," he said. "Given how important the market is and how many users there are, we feel obliged to think hard about this problem and take a longer-term view."

Pichai seems to stand by the company's decision to develop the censored search engine, even though employees are pushing back and demanding more transparency. He didn't say when the product would launch, but when it was first reported in August, sources said it could be ready within six to nine months.

In this article: business, gear, google, internet, SundarPichai, wired
All products recommended by Engadget are selected by our editorial team, independent of our parent company. Some of our stories include affiliate links. If you buy something through one of these links, we may earn an affiliate commission.