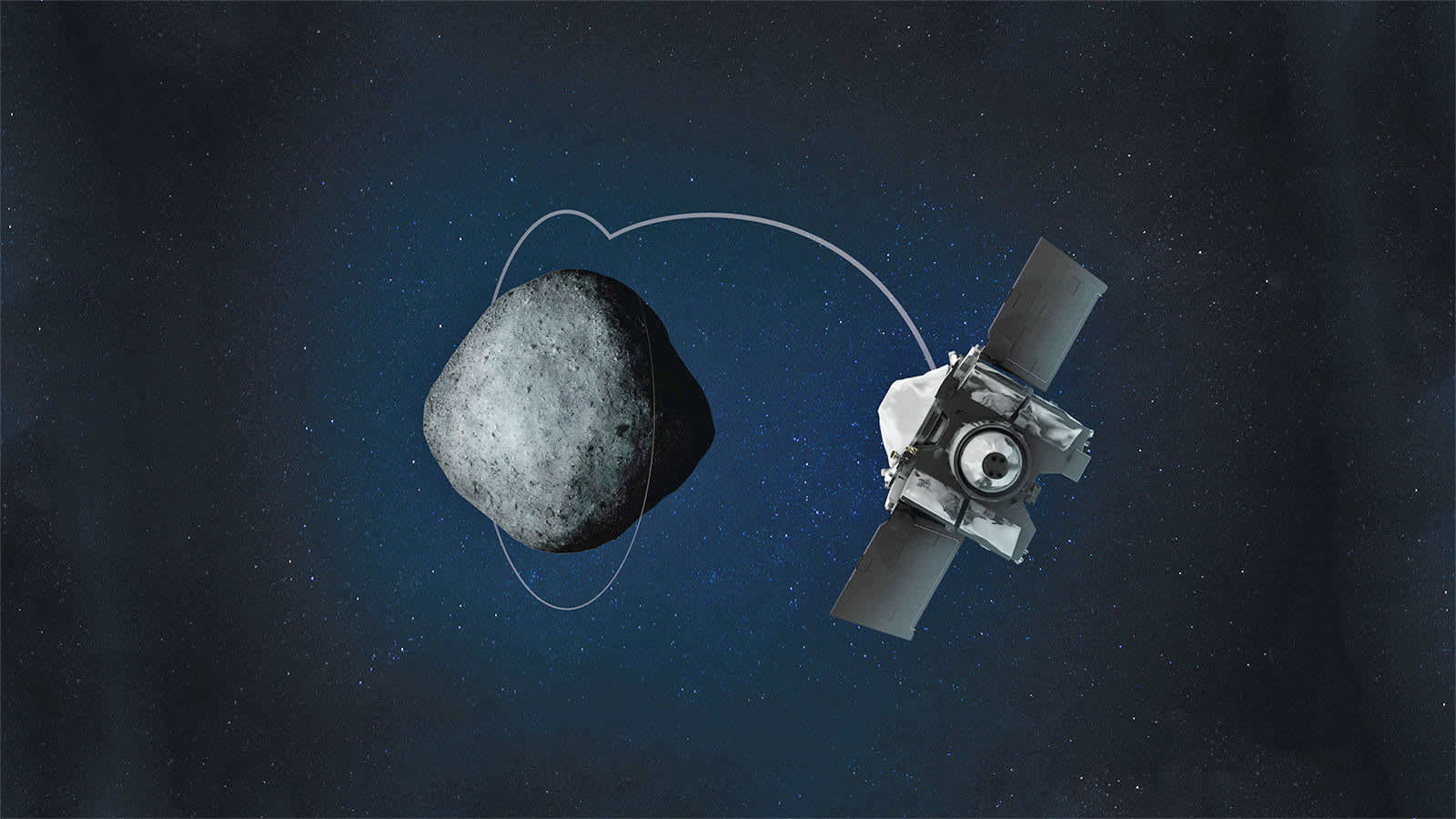 After NASA's OSIRIS-REx arrived at asteroid Bennu in early December, its ground team quickly started measuring and mapping out the celestial body. They needed all the information they could get in order to enter Bennu's orbit, since the asteroid has such a small gravity pull. Sounds like the scientists were able to get what they needed, because OSIRIS-REx has successfully started circling the asteroid at 2:43 PM ET on December 31st.

By doing so, it has set a new space exploration record for the smallest celestial body -- Bennu is 1,640-foot wide -- orbited by a spacecraft. That record was previously held by asteroid Ryugu, orbited by Japan's Hayabusa 2 probe. In addition, OSIRIS-REx now holds the record for the closest orbit, seeing as it's now flying above the asteroid at around a mile from its surface.

Entering Bennu's orbit is a huge accomplishment for the mission. As OSIRIS-REx Maneuver and Trajectory Design Lead Dan Wibben explained:

"The gravity of Bennu is so small, forces like solar radiation and thermal pressure from Bennu's surface become much more relevant and can push the spacecraft around in its orbit much more than if it were orbiting around Earth or Mars, where gravity is by far the most dominant force."

The OSIRIS-REx team will now look for a site devoid of boulders and rocks where the probe can scoop up samples as it circles the asteroid. By mid-2020, the spacecraft will grab dirt and gravel from its surface, which it will bring back to Earth by 2023. NASA is hoping that the samples can help scientists learn more about the evolution of our solar system and the origin of life on Earth.

In this article: asteroid, bennu, nasa, osiris-rex, space, tomorrow
All products recommended by Engadget are selected by our editorial team, independent of our parent company. Some of our stories include affiliate links. If you buy something through one of these links, we may earn an affiliate commission.