Segway is getting into autonomous deliveries

The company will also debut a new shared scooter model at CES.

Most people are probably never going to own a Segway, but the company is aiming to have more people interact with its products. At CES 2019, Segway-Ninebot will debut its first ever autonomous delivery robot designed to perform the final leg like of transporting packages. It's also showing off the Model Max, its next generation of shared scooter designed to get people around the city (or be ditched on the sidewalk).

The Model Max scooter is right in Segway-Ninebot's wheelhouse, seeing as the company already makes electric scooters that are used by popular scooter-sharing services. With the Model Max, it's promising a new "top of the line vehicle" for traveling in urban environments. The next-generation scooter will reportedly be more weather resistant than previous models, as well as more reliable and safe -- a nice assurance after scooter sharing firm Lime recalled thousands of Segway scooters believed to be at risk of bursting into flames while charging. Segway didn't offer much else by way of specs for the scooter other than to note it aims to provide a better and cheaper ride.

Segway-Ninebot's Loomo Delivery bot leaves the realm of riding entirely. The autonomous vehicle is instead designed to perform package deliveries. Built like a mailbox on wheels, Loomo Delivery uses AI to bring parcels to their final destination. Segway-Ninebot envisions the little bot doing the duty of delivery in office buildings or malls. The little bot has a built-in camera to help it see and relies upon proprietary algorithms to navigate and keep from slamming into walls. It's almost more novelty than anything at this point so don't expect your favorite mailman to start looking for work. 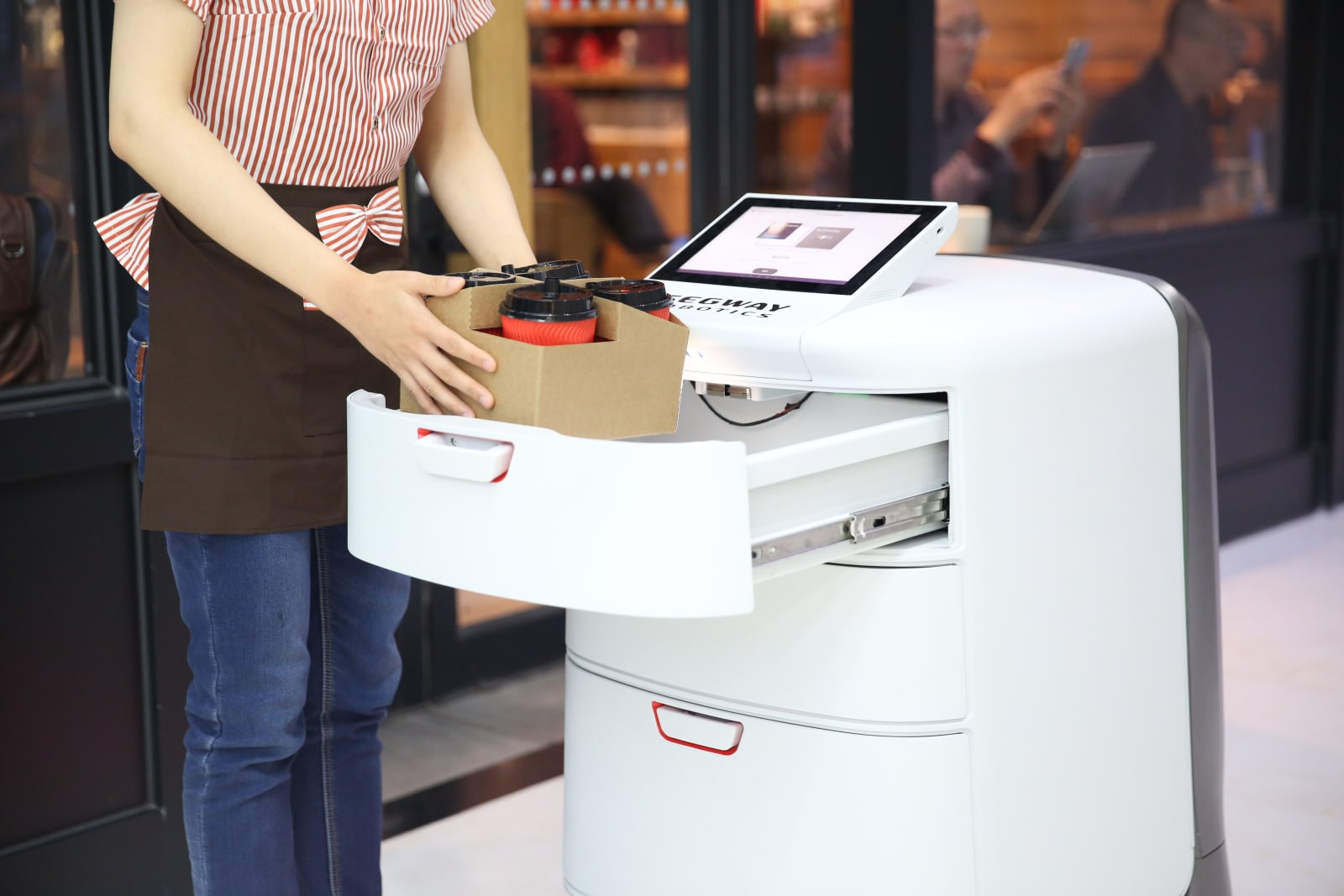