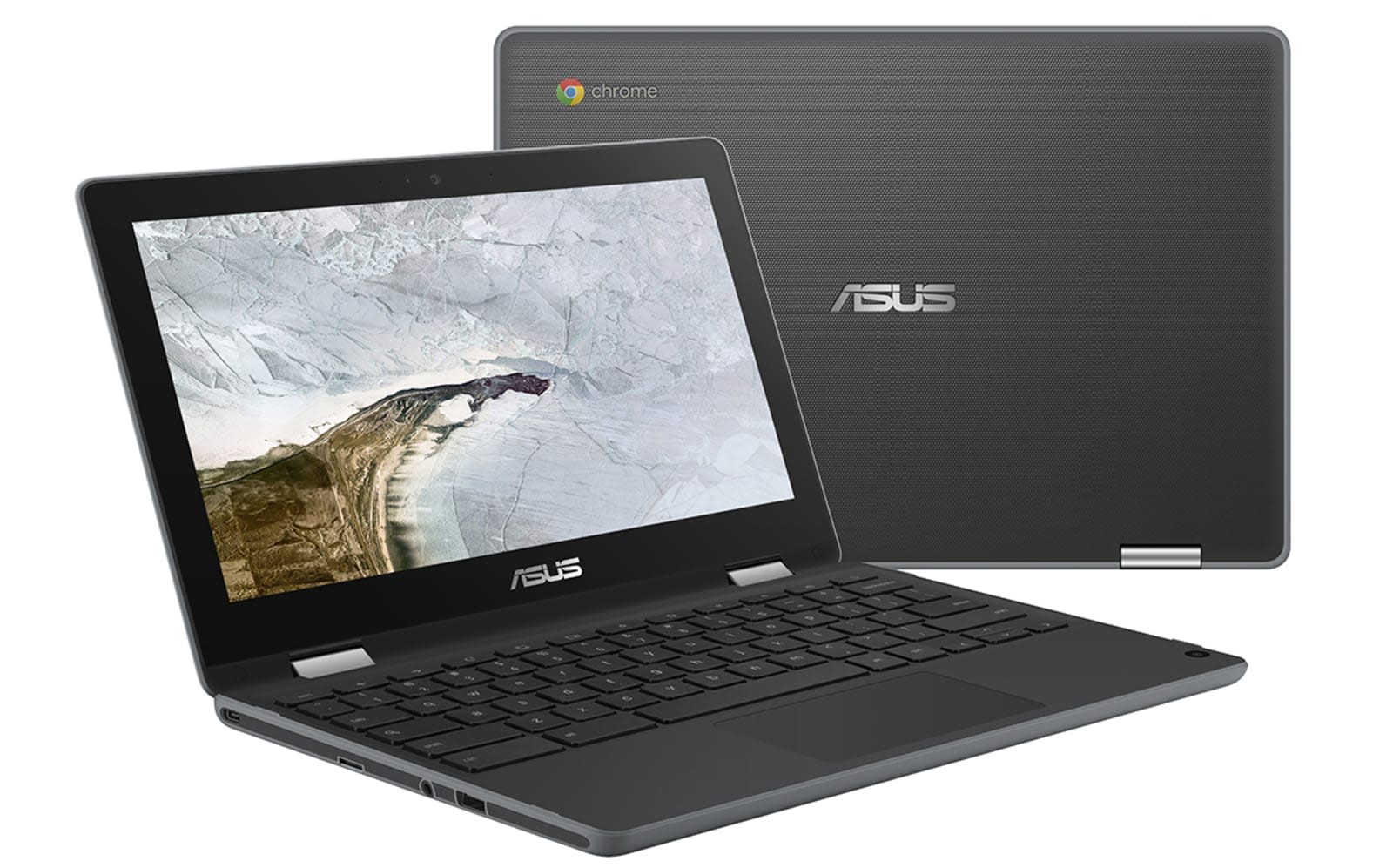 ASUS has added four new devices to its Chrome OS lineup, including the brand's first tablet running the operating system. Like many other Chrome OS devices, all four are meant for use in the classroom, built with tough bodies and flexible hinges to be able to withstand abuse. The tablet (model CT100) was especially made for younger kids and has a thick rubberized chassis, as well as a 9.7-inch QXGA display that's covered in strong tempered glass. It also has 4GB of RAM, 32GB of onboard storage and is powered by Hexa-core OP1 processor made for Chromebooks.

Next entry in the list is the Chromebook Flip C214 -- a follow-up to the C213 -- which also has a rugged exterior, spill-proof keyboard and a 360-degree hinge. Since it's meant to be used as a laptop or as a tablet, ASUS placed its world-view camera in the bottom right corner of the palm rest for ease of use when in tablet mode. It's powered by Intel N4000 or N4100 Celeron processor, has 4GB of RAM and 32GB of storage, which can be expanded via microSD or via external storage through its USB Type-A port.

The remaining two models are both laptops with 180-degree hinges, so they can lie flat and allow groups of students to work together using one device. C204 has an 11.6-inch HD display, while C403 has a 14-inch HD display. Both models come with 4GB of RAM, 32GB of storage, USB Type-C and Type-A ports, as well as a microSD card slot. The C204 will be powered by an Intel dual-core Celeron processor, but ASUS didn't specify the C403's CPU, other than saying that it's also dual-core. We'll see the devices and know more at CES 2019, where the tech giant will showcase them before their launch in the coming months.

In this article: asus, ces2019, chromebooks, chromeos, education, gadgetry, gadgets, gear
All products recommended by Engadget are selected by our editorial team, independent of our parent company. Some of our stories include affiliate links. If you buy something through one of these links, we may earn an affiliate commission.