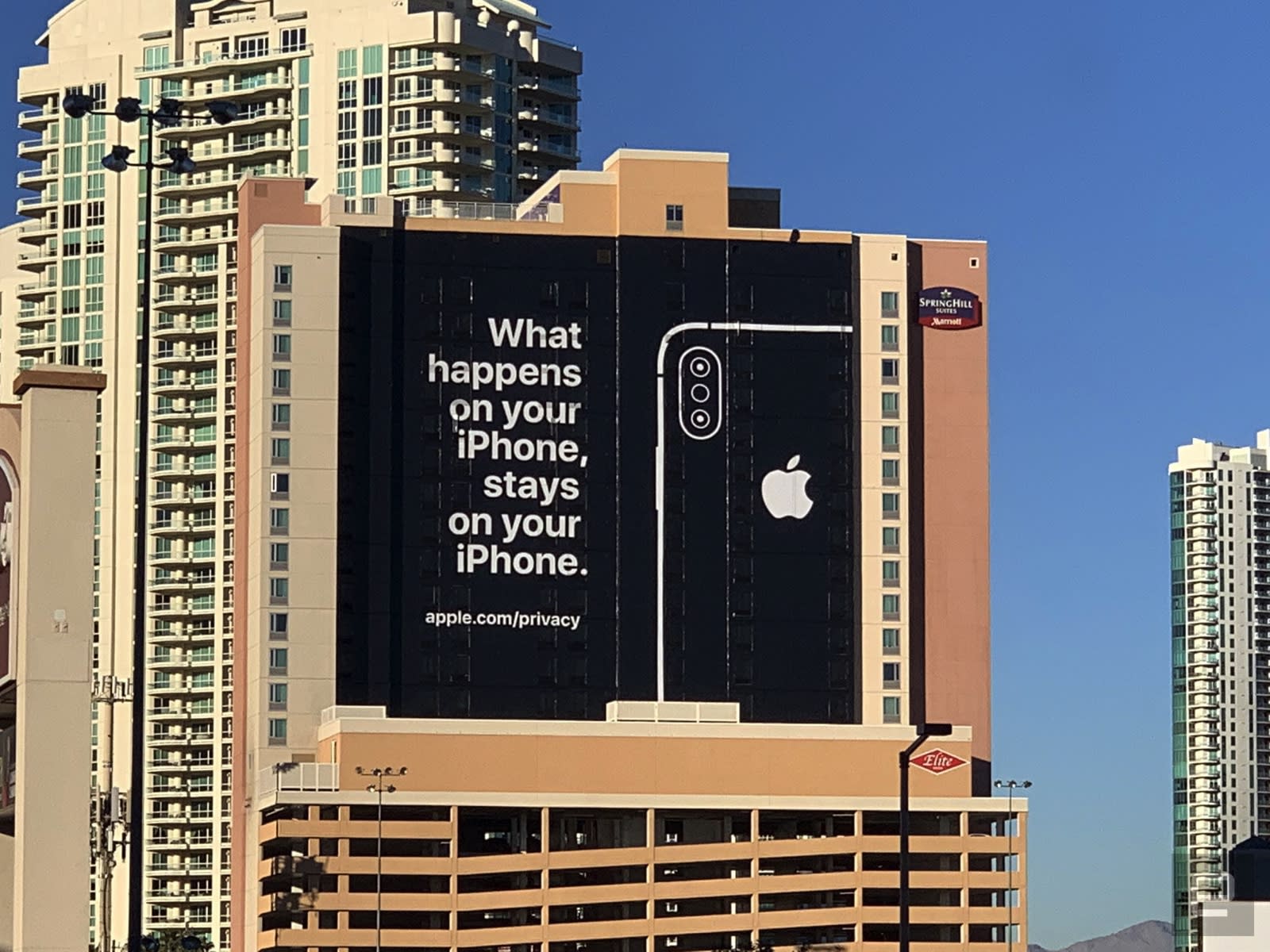 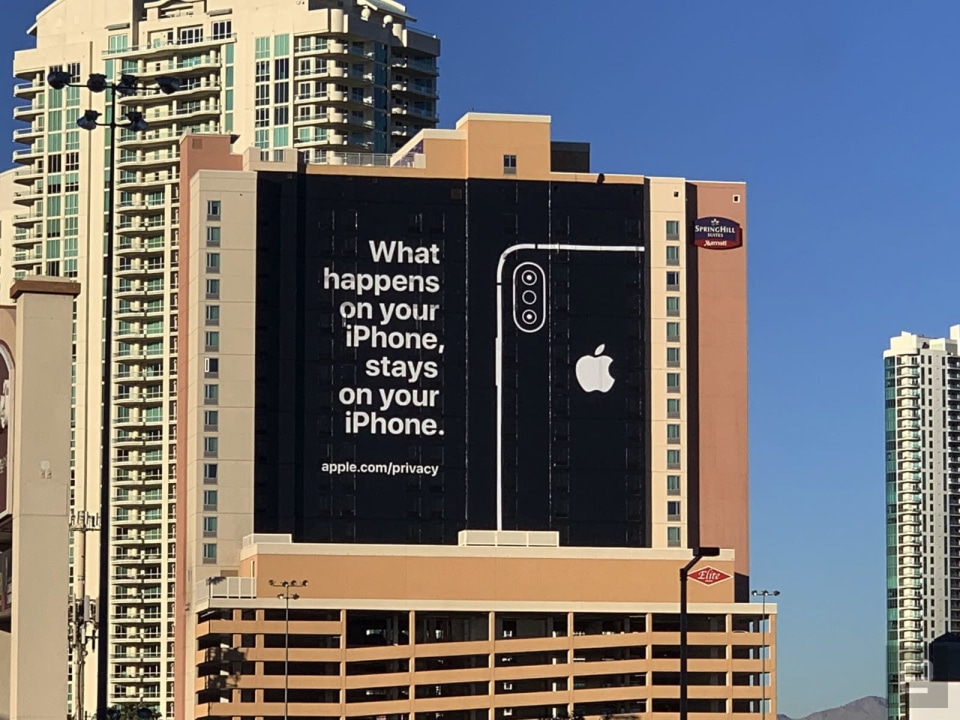 Historically, Apple hasn't had an official presence at CES. It's not surprising given the company's success at hosting and hyping its own product launch events -- long before the iPod and iPhone brought Apple to the top of the technology mountain, Steve Jobs keynotes were can't miss events. The company is also very deliberate about its marketing campaigns; when I see Apple billboard ads, they focus on new product close-ups with minimal messaging.

This is why the giant ad banner I saw when I arrived in Las Vegas yesterday for CES 2019 caught my eye. Positioned not far from the convention center where CES takes place, the sign is a cheeky riff on the old "what happens in Vegas stays in Vegas" slogan -- and with just a few words, it casts an Apple-shaped shadow over the convention.

Apple never shows up at CES, so I can't say I saw this coming. pic.twitter.com/8jjiBSEu7z

Apple's focus on privacy is nothing new -- the company has long said that it doesn't make money from its users' personal information, but from selling people hardware and software. That privacy priority came into clear focus three years ago when Apple refused to assist the FBI in unlocking an iPhone that belonged to a suspected terrorist in San Bernardino, CA. And throughout 2018, new security scandals seemingly emerged every week (with Facebook almost always leading the way) and the government took a major interest in what technology giants like Google are doing with our personal data.

In a world where privacy is on everyone's mind, Apple is saying to the technology industry that it stands alone. "Do whatever you want in the city of sin," the billboard barks, "we'll never know."

The ad's placement takes on extra irony when you notice that Google's CES presence is even bigger than it was last year -- the company once again wrapped the Las Vegas monorail with "Hey Google" ads and once again it is building a huge playhouse in the convention center parking lot. For the second year in a row, Google will be unavoidable at CES even though it probably isn't launching any new products of its own. But this year, Apple will literally be reminding everyone of 2018's privacy scandals, asking CES visitors how comfortable they are saying "hey Google" to a growing raft of products.

It doesn't hurt that this helps Apple change the conversation a little bit from the tough week it just had, either. Yes, iPhone sales are slowing down -- but if you want a Vegas-proof smartphone, Apple is ready to sell you one.

Ultimately, this is just one ad (I haven't seen it elsewhere in Las Vegas yet) that just builds on a message Apple has been crafting for years. But the company is nothing if not deliberate with its messaging. This probably isn't the start of a large-scale, national ad campaign -- but touting its focus on privacy for all the tech industry to see makes a statement that goes way beyond a single billboard.

We've reached out to see if Apple has any comment on its advertising here at CES and will update this post if we hear anything.

In this article: apple, CES2019, editorial, gear, iphone, lasvegas, mobile, privacy, security
All products recommended by Engadget are selected by our editorial team, independent of our parent company. Some of our stories include affiliate links. If you buy something through one of these links, we may earn an affiliate commission.