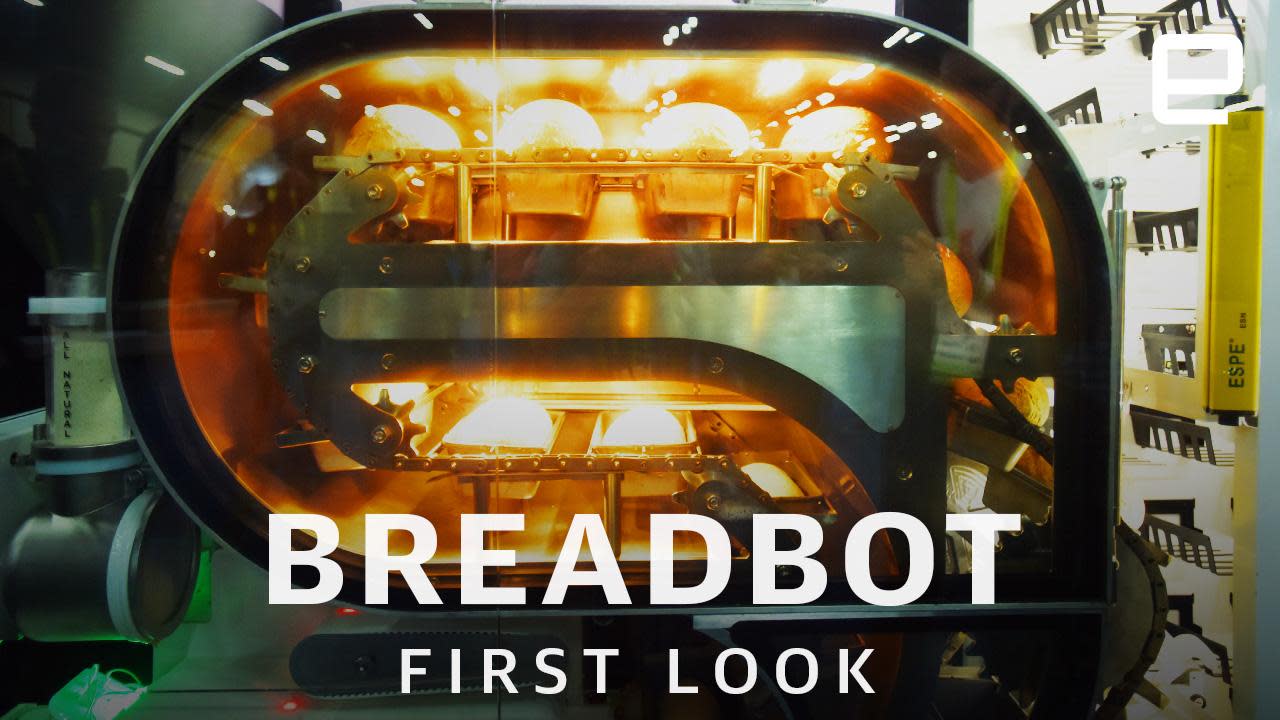 There's nothing quite like the smell and taste of freshly baked bread. But unless you're willing to go through the tedious task of making one yourself, you generally have to buy one at a local bakery right when it's out of the oven. Otherwise, you're often stuck with the preservative-filled fluff stuff from the supermarket. The Wilkinson Baking Company, however, has a rather innovative, if a bit convoluted, solution to the problem. It's called the BreadBot, and it's a machine that makes bread from scratch, with a fresh loaf coming out every six minutes.

It was on display here at CES, and it is a sight to behold. The whole thing is enormous, with a see-through oven on the left, and a bread vending machine on the right. On the far left is a funnel of bread mix, which is dispensed into a mixing machine along with the requisite amount of water. That then gets sent into a kneading area, where the dough is then placed in a loaf pan. That is then left in a little warm dough-proofing area, and when it's done proofing, it gets transported into the oven. When it's done, it gets shipped off into the vending machine area, where consumers can pick out the bread they want. I ate a slice of one of the machine's freshly made loaves, and it really did taste delicious.

Each individual loaf of bread takes about 90 minutes to bake from start to finish. But the company says that because the machine is always running, with multiple loaves being made at the same time, that it promises to make 10 loaves of bread every hour. According to the company, the machine yields a maximum of 235 loaves a day. It can also be configured to any variety you like -- white, wheat, whole grain and more.

As you might expect, this isn't something for consumers. Instead, the Wilkinson Baking Company wants this to be in grocery stores or supermarkets to offer you an alternative to plastic-wrapped bread. It'll probably be a hard sell for a neighborhood Safeway to shell out for such an ostentatious machine, but the draw of freshly baked bread and the sheer spectacle of it all would certainly attract interested onlookers and, perhaps, a customer or two.

In this article: breadbot, ces2019, gear, robots, wilkinsonbakingcompany
All products recommended by Engadget are selected by our editorial team, independent of our parent company. Some of our stories include affiliate links. If you buy something through one of these links, we may earn an affiliate commission.