This portable, solar-powered oven was built for the apocalypse

The creator, GoSun, also has an electric cooler for your next summer vacation.

One of the things I love most about CES is the array of fascinating gadgets I come across. I'm talking stuff that's not a smartphone or a laptop. Case in point: this portable, solar-powered oven. GoSun's Fusion electric stove has an integrated heating system that can heat up to 550 degrees Farenheit, making it capable of cooking a meal within 20 minutes, with only sunshine as fuel. The company says the Fusion is five times more efficient than a traditional oven, and claims it can cook food with the same amount of energy needed to power a lightbulb.

Thanks to its unique design, which uses a vacuum tube to hold the ingredients, the Fusion also gives you the benefit of being able to make meals that typically wouldn't work well outdoors. For example, you can make or heat up some bread, or you can even do a bit of deep frying. In addition to that, the device can be paired with other green devices, like a powerbank to charge your phone or a 20-watt foldable solar panel. Those are sold separately. 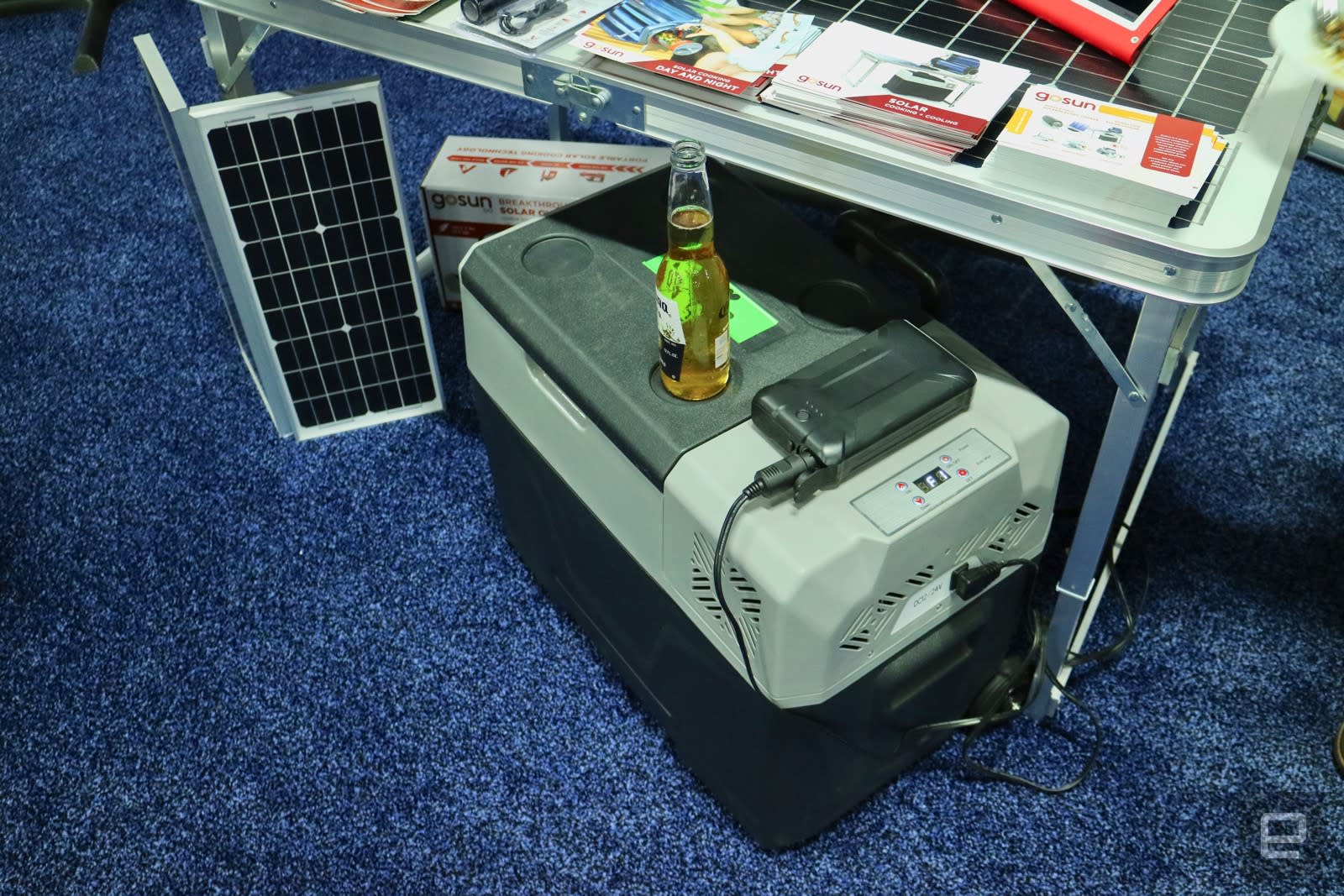 If you want a solar-powered cooler to go with your Fusion oven, GoSun makes one of those as well. While the GoSun Fusion and Cooler are shipping to Kickstarter backers starting in April, the company says its plan is to make both devices available to everyone by summer 2019. You can pre-order the Fusion now from GoSun's site for $400, with the cooler expected to be priced at $600.

The Fusion isn't only good for people who are prepping for the apocalypse, but also those who want something different than a traditional grill for camping trips. What's more, there's nothing keeping you from using it inside your home, in case you want to use it instead of your oven or pressure cooker. With CES announcing that a big focus for the year would be resilience technology, GoSun's solar oven and cooler are going to fit right in at the show.

/6
All products recommended by Engadget are selected by our editorial team, independent of our parent company. Some of our stories include affiliate links. If you buy something through one of these links, we may earn an affiliate commission. All prices are correct at the time of publishing.
This portable, solar-powered oven was built for the apocalypse
ces
ces2019
cooker
electric
engadgetoutdoors2019
gadgetry
gadgets
gear
gosun
green
grill
grilling
hands-on
home
oven
solar
solarcooking
solarpower
solarpowered