Samsung's newest TVs will work with Google Assistant and Alexa

But! You'll need a smart speaker.

Oh, the rumors were right. Samsung's new TVs are taking in all the services and features around. First it was Apple, and now Google Assistant will be coming to its newest sets later this year. In fact, not just Google, but also Amazon's Alexa. There's a major twist, however. 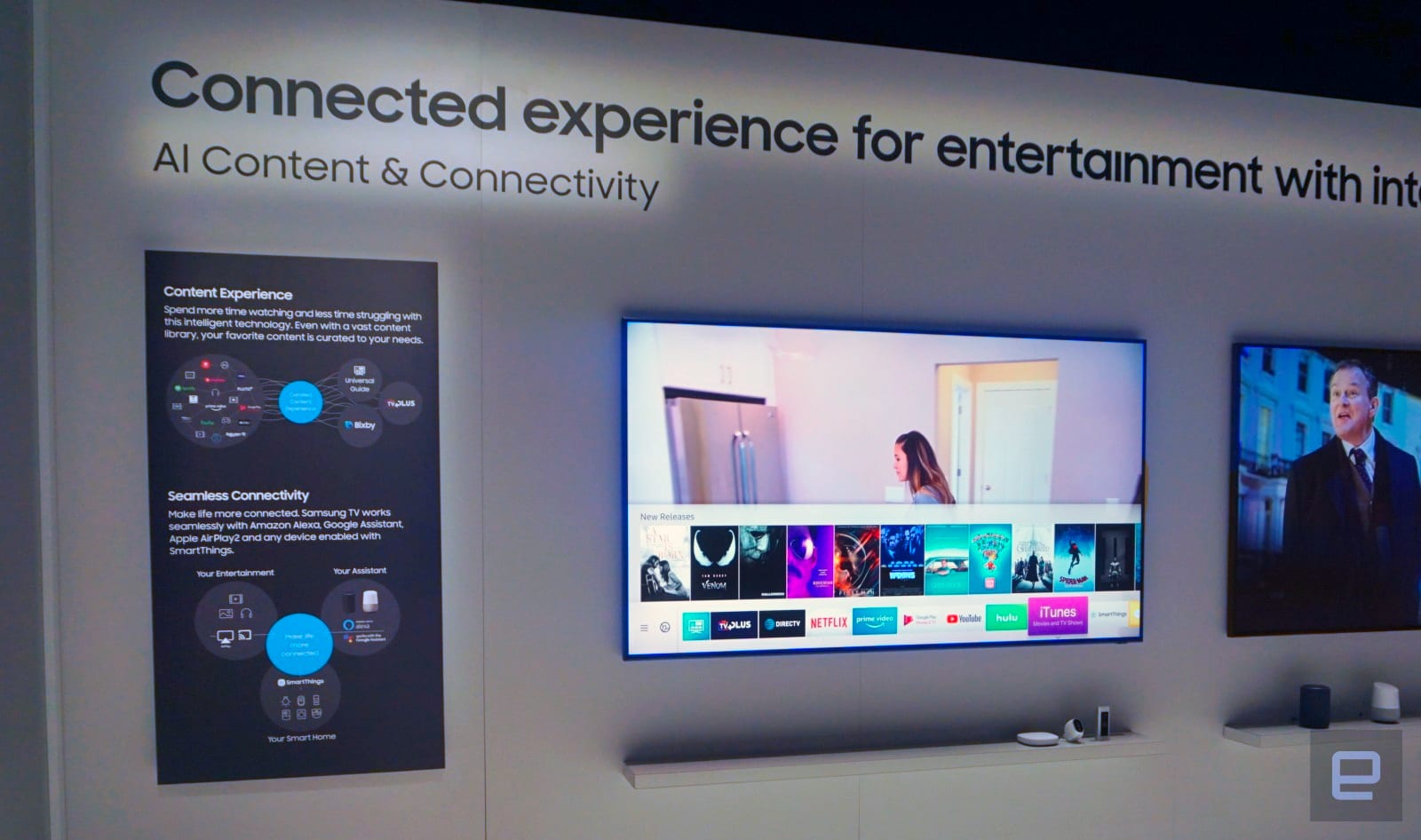 As seen at Samsung's glitzy showcase on Thursday night (see above), and backed up by reports from CNET and The Verge, it's not the usual setup.

New TVs will be able to respond to voice commands issued to Alexa and Google Assistant-powered smart speakers, not through the TV directly. This is not the built-in voice assistant you might have been expecting. This is Samsung catching up to rivals that boast Alexa and Google Assistant functionality in an unusual way -- remote voice commands will still be the domain of its homemade Bixby Assistant.

So what will Google and Amazon's daisy-chained voice assistant be capable of? Well, from the outset you'll be able to use your voice to turn on the TV, change volume and channels, and even switch between inputs. In a way, Samsung is catching up with competitors' TVs (like LG and Sony) that already offer Google Assistant or Amazon Alexa. Details are otherwise scant -- no word on whether richer features like integration into Google Maps, or your Google Calendar, will be accessible on your new fancy screen. And if you're left cold by Samsung's homemade Bixby assistant, sorry, but it's going nowhere.

Turn on browser notifications to receive breaking news alerts from Engadget
You can disable notifications at any time in your settings menu.
Not now
All products recommended by Engadget are selected by our editorial team, independent of our parent company. Some of our stories include affiliate links. If you buy something through one of these links, we may earn an affiliate commission. All prices are correct at the time of publishing.
View All Comments
Samsung's newest TVs will work with Google Assistant and Alexa
assistant
av
CES2019
gear
google
googleassistant
samsung
tv