If the Triton 900 is too expensive (or weird) for your taste, the more traditional Triton 500 might work better.

Back at IFA, Acer first showed us the Predator Triton 900, a computer that doesn't look like your average gaming laptop thanks to the company's impressively-engineered but unusual "Ezel Aero Hinge" display design. Acer didn't have much to say about it in August, but at CES today we're getting more details.

Let's start with that hinge: Acer says the CNC-machined Ezel Aero Hinge lets the Triton 900 work in four different display modes, including a stand mode that utilizes the touchscreen for creation tools. If you're someone who doesn't mind drawing on a screen with a stylus, this might actually be a computer worth checking out, particularly if you're a gamer.

While the Triton 900 looks quite chunky by modern laptop standards, Acer says it's under one inch thick. Sure, that's positively huge in 2019 standards -- but given the extremely powerful hardware on the inside, we'll cut Acer some slack here. Specifically, the Triton 900 includes Intel's 8th-generation Core i7 processor with six cores, 16GB RAM and 1TB of SSD storage space. But the real standout here is the NVIDIA GeForce RTX 2080 GPU, which powers the 17-inch 4K IPS display. That screen also features NVIDIA's G-Sync technology We figured this laptop wouldn't arrive until NVIDA had its 20-series GPU was ready for notebooks, and that indeed appears to have been the case.

If this massive unit strikes your fancy, you have a few months to save some cash -- Acer says it'll be available in North America starting in March. And you really will need to save your pennies, as the Triton 900 will start at a whopping $3,999 when it arrives.

Unfortunately, we weren't able to actually power the Triton 900 on, but at least it wasn't stuck behind glass this time. As is obvious from the pictures, it's an extremely large and heavy computer, straining the definition of laptop at this point. But, the construction does feel excellent and Acer's hinge design seems very impressive, even though I'm not convinced of just how useful moving the screen around through its various permutations will be. 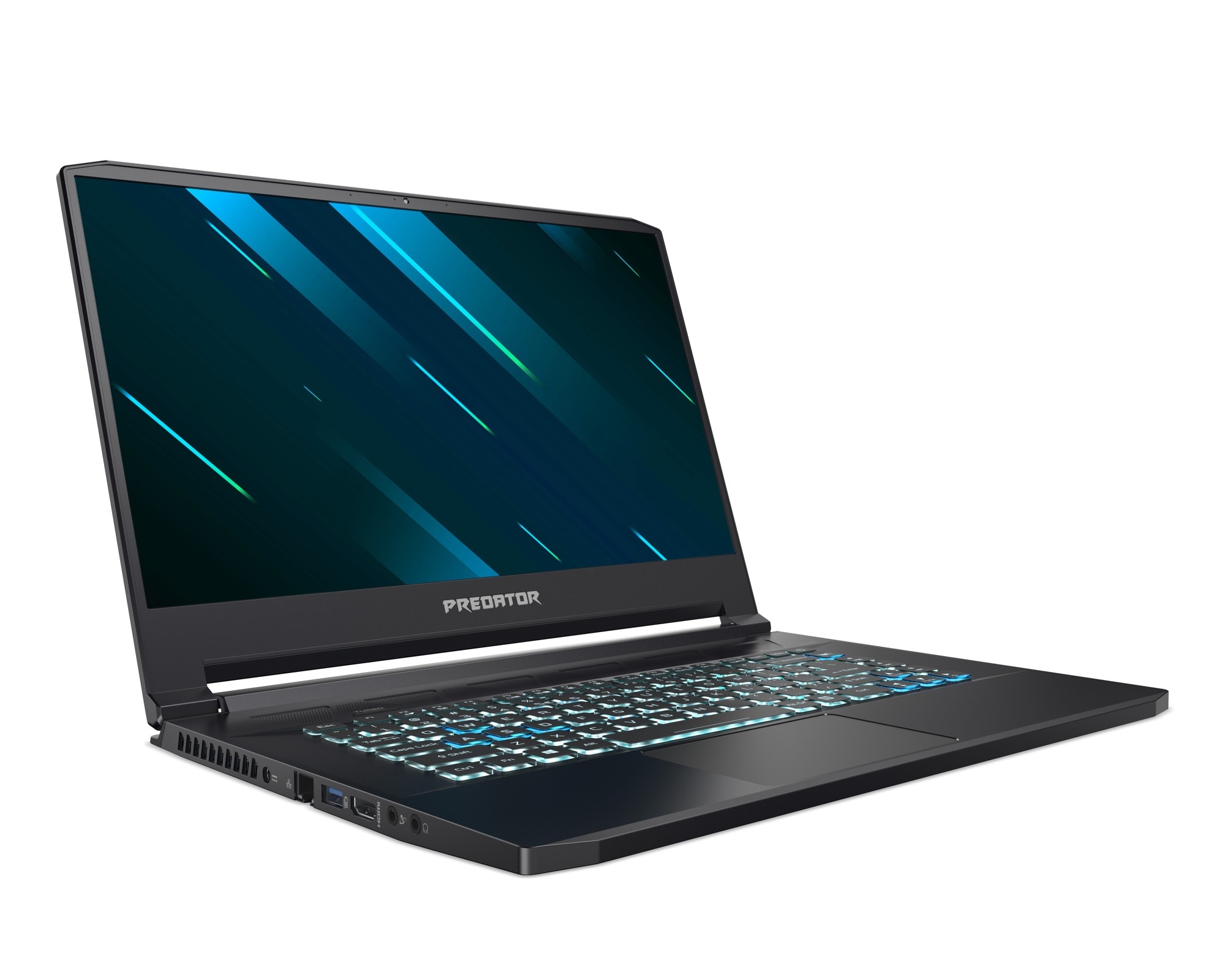 If that's a bit rich for your blood (or you prefer a more traditional laptop design), Acer's $1,799 / €1,999 Predator Triton 500 might be more your speed. It's a 15.6-inch laptop with a 1080p display that's about 0.7 inches thick and weighs 4.6 pounds, making it more of a traditional chunky gaming laptop. By default it includes the NVIDIA RTX 2060 GPU, but there's also a $2,499 model that steps up to the 2080. It also has the same Core i7 processors as the larger model, 16GB of RAM and 512GB storage. Finally, the Triton 500 (as well as the 900) include Acer's so-called "AeroBlade" metal fans and "Coolboost" technology to keep things from overheating.

The Triton 500 will arrive in North America, Europe, Africa and the Middle East in February, a month earlier than the 900.

/7
All products recommended by Engadget are selected by our editorial team, independent of our parent company. Some of our stories include affiliate links. If you buy something through one of these links, we may earn an affiliate commission. All prices are correct at the time of publishing.
Acer's Predator Triton 900 is a $4,000 gaming laptop with a crazy hinge
acer
gaming
gear
personal computing
personalcomputing
predator
predatortriton
triton500
triton900