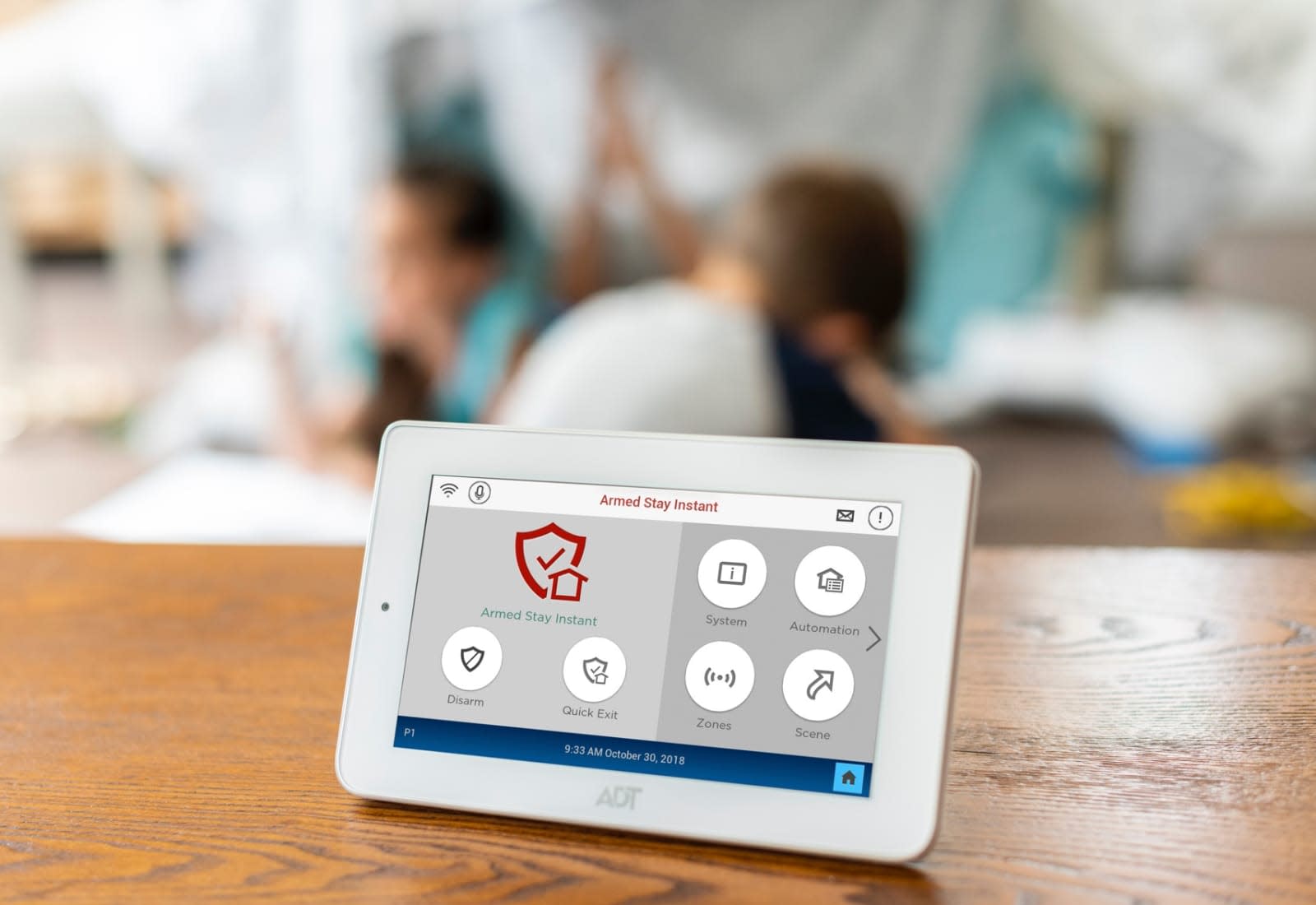 The rise of smart home technology has opened up plenty of ways to build a home security system. ADT, a company that's been doing home monitoring for decades, is unveiling a new version of its security products that can tie in to a variety of other connected devices around your house. The center of the system is the new ADT Command panel, a 7-inch tablet that serves as the hub for your home security.

As you'd expect for a full-fledged home security system, the Command panel includes battery backup for when you lose power and built-in LTE for communicating with ADT even if your home network is down. Since the Command panel can communicate with other smart home devices, you can use it to set up various "scenes" and rules which govern how your home responds in the event of an emergency. ADT gives the example of a fire alert scene that can turn on all the lights in the house and unlock smart locks, making evacuation easier.

The panel also has a seemingly creepy but actually useful feature where it takes a picture of whomever disables the security system. Those pictures are stored on the panel only and aren't uploaded or transmitted anywhere, ever. They're only so that the "master user" in the home can see who is disabling the system and ensure that only authorized users are interacting with the panel. For example, each authorized user has their own code; reviewing the pictures would ensure that the code wasn't being used by someone else.

Finally, ADT naturally lets users connect to their panel using the Control app. It lets owners remotely arm or disarm the system, set up and execute various rules and scenes involving your security system and other smart home devices and watch live video from your home. These are all table stakes features for smart home and security system but it's still good to see them here.

Add all this on to ADT's own video doorbell and integration with Alexa or Google Assistant and it seems the company has a pretty comprehensive security system for homeowners who have rigged their houses with smart home devices. The company says its "Command and Control" platform will be ready for home installation sometime in the next three months.

Update, 1/7/19 12:30PM ET: This post has been updated to clarify that when the ADT Command panel takes a photo of someone using it to disarm the system, those pictures are only stored locally.

In this article: ADT, ADTcommand, gear, homesecurity, security, smarthome
All products recommended by Engadget are selected by our editorial team, independent of our parent company. Some of our stories include affiliate links. If you buy something through one of these links, we may earn an affiliate commission.