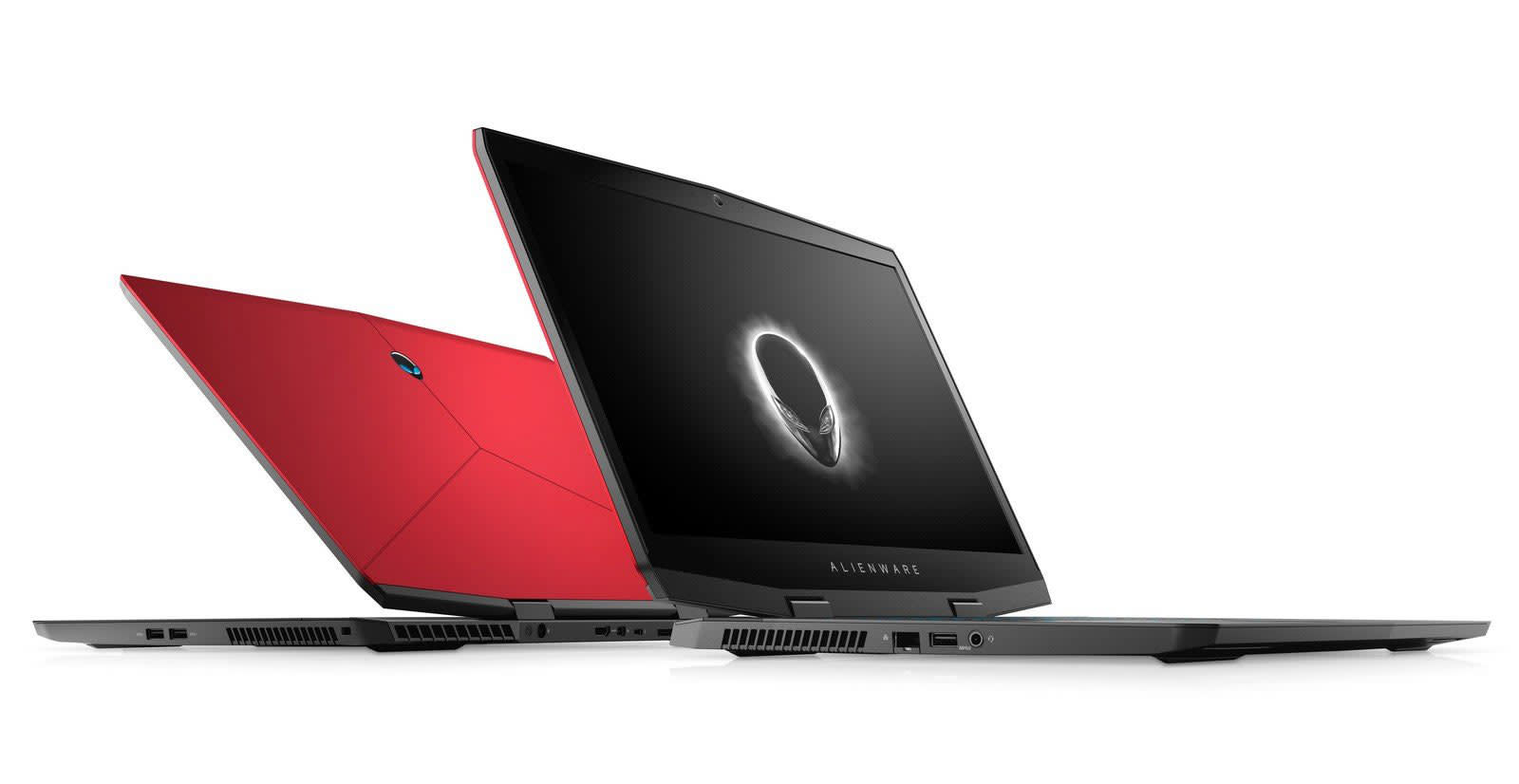 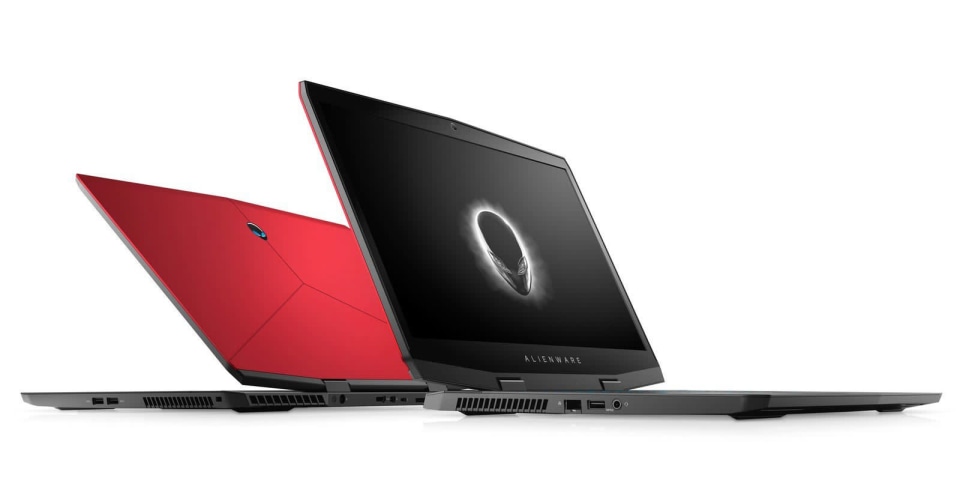 Just a few months after Alienware unveiled its first truly slim notebook, the company is back with a bigger model. The Alienware m17 shares the same refined design as the previous m15 -- slim bezels around the screen, and fewer extraneous case bits that added so much weight with the company's earlier notebooks --while delivering a 17.3-inch display and NVIDIA's recently announced RTX 20-series mobile graphics. And surprisingly, it's only a pound heavier than the earlier model at 5.79 pounds. It's Alienware's lightest 17-inch notebook ever, and it's also slimmer than most of the competition today. 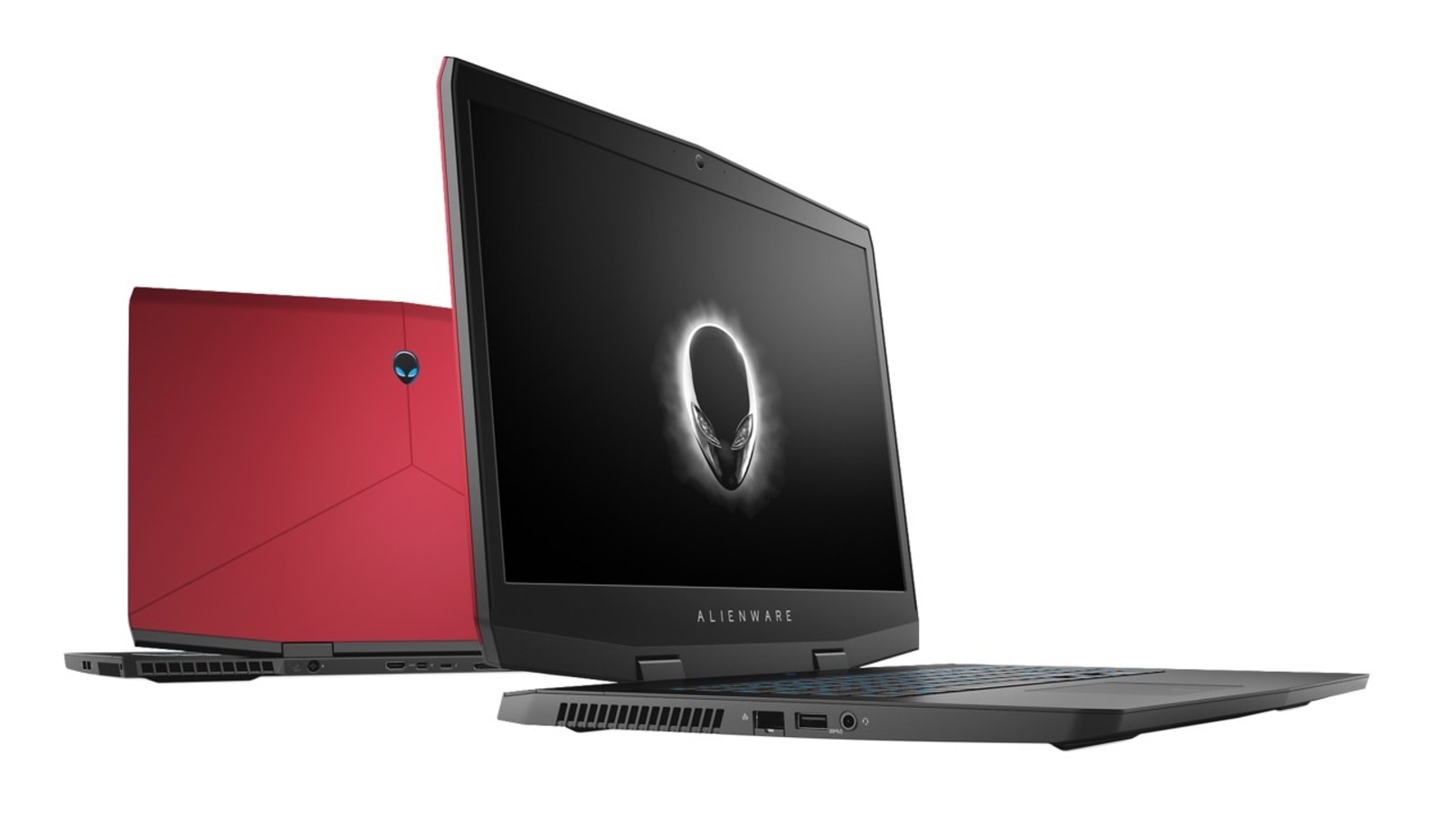 Sure, it took a while for Alienware to compete with the likes of ASUS, Razer, MSI and Gigabyte, all of which delivered the most portable gaming notebooks we've ever seen throughout 2018. But at least the company managed to launch together with NVIDIA's long-awaited RTX 20-series GPUs for notebooks. It supports the RTX 2060, 2070 Max-Q and 2080 Max-Q, all of which are significantly faster than the last generation while adding support for NVIDIA's ray tracing technology. That's something supported in a handful of recent games, like Battlefield V and Shadow of the Tomb Raider, where it's meant to deliver more realistic lighting. (We're still waiting for developers to really take advantage of that technology, though.)

While playing a bit of Battlefield V with the m17 connected to a 65-inch TV, I saw a bit of the RTX 2080 Max-Q's real time ray tracing feature in action. Sunlight reflected off of puddles, tanks and guns flawlessly. It's tough to tell how much better it is than traditional lighting technology without comparing them side-by-side, but it's the sort of feature that adds another realism to gameplay. Mostly, though, gamers will appreciate the blistering speed of the GPU more than the first experiments with ray tracing. 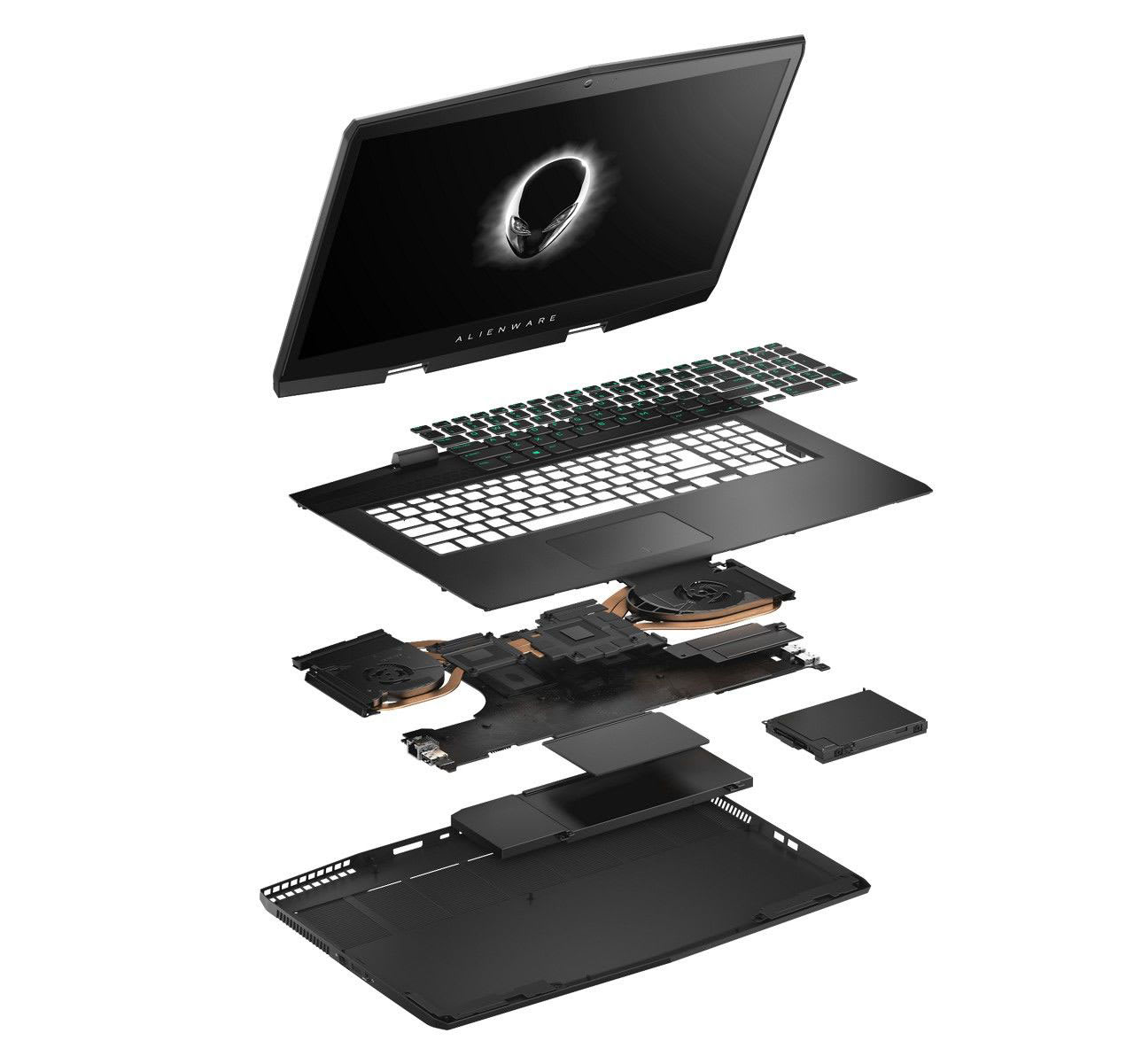 The Alienware m17 can be configured with Intel's eighth-generation processors up to the six-core i9-8950HK, and its 17.3-inch screen is available in 1080p and 4K variants. There aren't any high refresh rates here -- they're both stuck with 60Hz screens. If you're looking for smooth gaming with higher frame rates, you're better off with the Alienware m15's 1080p 144Hz screen. And fittingly, Dell also announced that the smaller m15 is also getting the same RTX graphics and Core i9 CPU options as the m17. Additionally, you now also have the option of a 4K HDR panel.

It's not surprising to see Alienware quickly going bigger with its slim design, especially since it took so long to deliver one in the first place. It's a clear sign that the company is finally ready to respond faster to rest of the gaming notebook industry, which is getting stronger every year thanks to more efficient CPUs and graphics. And now that Dell has its thin notebooks on the market, it'll be interesting to see where it goes from here.

In this article: Alienware, Alienwarem17, CES2019, dell, gadgetry, gadgets, gaming, gear, personal computing, personalcomputing
All products recommended by Engadget are selected by our editorial team, independent of our parent company. Some of our stories include affiliate links. If you buy something through one of these links, we may earn an affiliate commission.