It's a bigger version of the sleek Zephyrus S.

ASUS's thin Zephyrus gaming lineup is getting bigger. Today the company announced a 17-inch version of the Zephyrus S, the GX701. It has the same sharp looks as the 15-inch Zephyrus S ASUS unveiled in the fall, but its larger display should be even more immersive. It's also one of the company's first notebooks to feature NVIDIA's RTX 20-series, with support all the way up to the top-end RTX 2080. It's a bit thicker than the earlier model, measuring 18.7mm, but it's still ASUS's thinnest 17-inch gaming laptop.

The Zephyrus S GX701 is powered by Intel's Core i7-8750H processor, and it can fit in up to 24GB of RAM. Like the ROG Mothership, its 17.3-inch screen is 1080p with a 144 Hz refresh rate, a low 3ms response time and NVIDIA's G-SYNC. That's definitely a low pixel count for such a large screen, so hopefully we'll see some 1,440p and 4K options soon. As it stands, though, its display is perfect for gamers who want the smoothest experience possible while playing in high frame rates. The GX701 also sports thin screen bezels, allowing it to fit into bags typically meant for 15-inch notebooks. 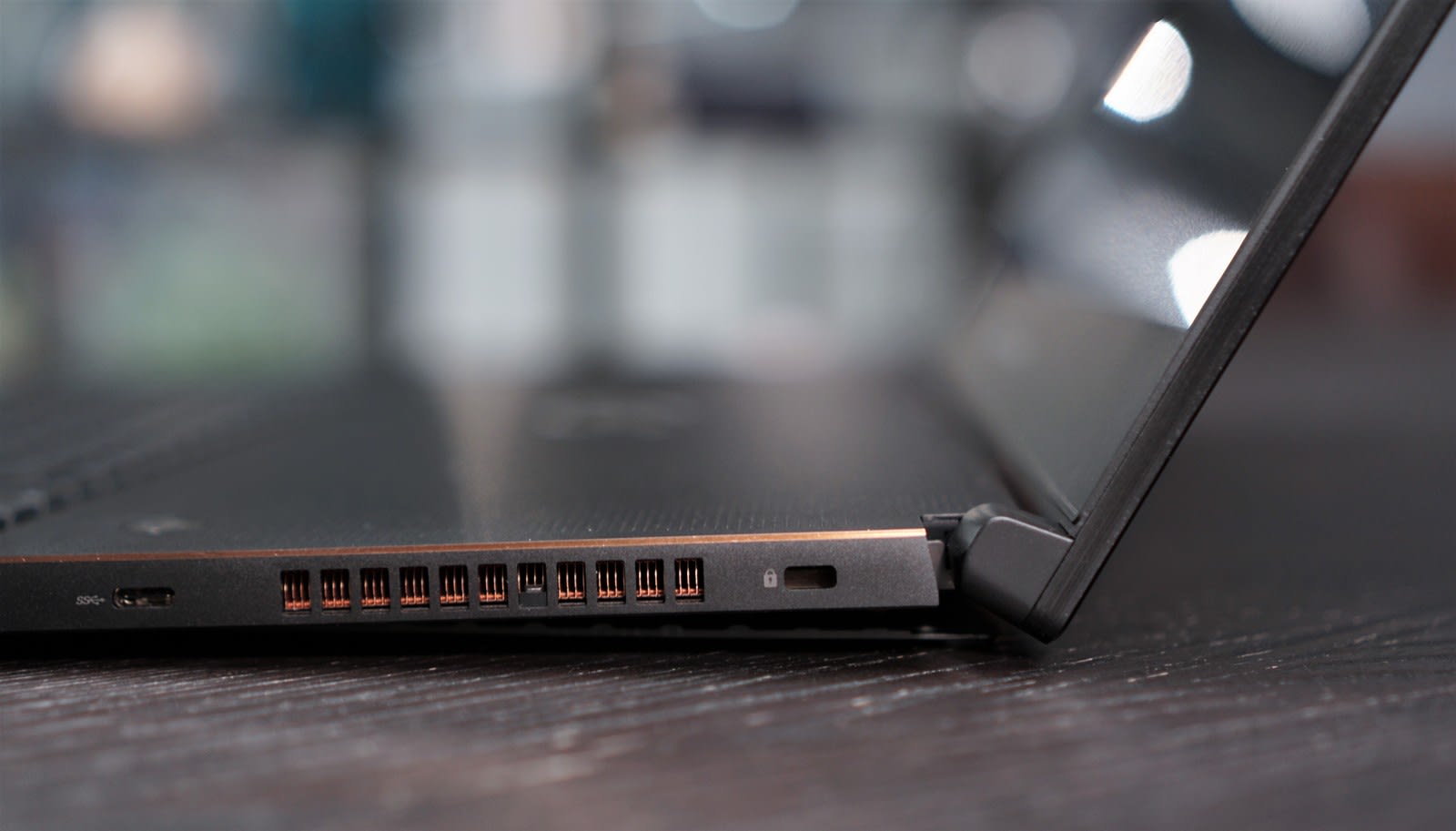 Basically, it's everything you'd imagine a 17-inch Zephyrus to be. But unlike last year's Zephyrus M, it's still relying on a keyboard up front with a trackpad on the right. The latter is something I got used to when I reviewed the original model, but personally I'd still like a bit more room to rest my wrists while typing. One other upgrade worth mentioning: You can charge the GX701 over USB-C if you're not gaming, which means you won't have to worry about lugging around the large 230w adapter if you're just headed to the coffee shop. ASUS will offer an optional USB-C power adapter of its own, or you can use one from any other brand (that's the magic of USB-C, after all). 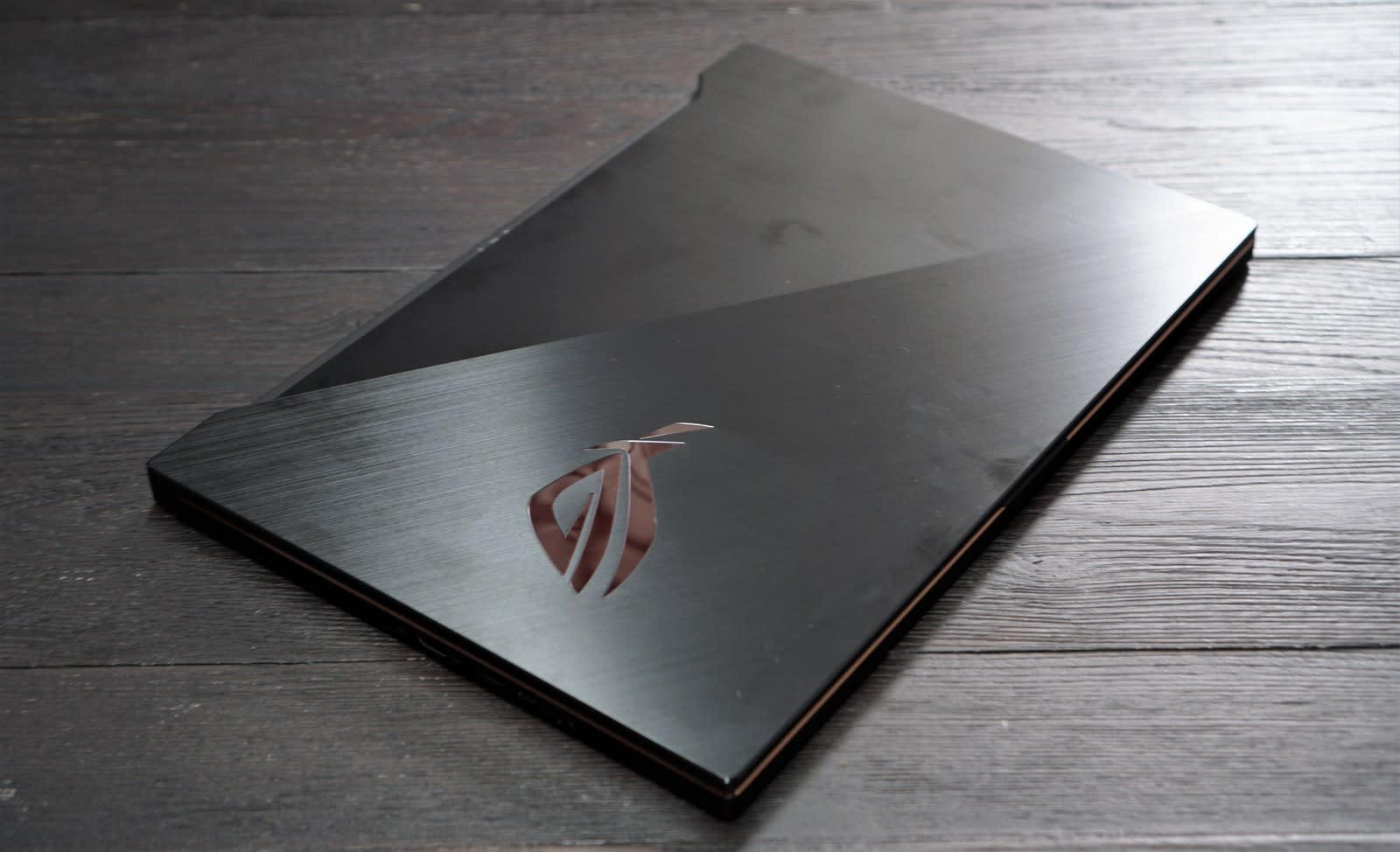 I didn't get to see the GX701 playing any games, but style-wise it seems like a compelling option for anyone craving a thin gaming notebook with something more than a 15-inch display. ASUS claims the 17-inch market is growing pretty quickly, which is likely a function of those machines getting more portable (the GX701 weighs just six pounds) and cheaper. And of course, computer makers can typically cram in beefier hardware into larger cases.

ASUS isn't talking about pricing for the GX701 yet, but it's expected to ship in the first quarter.