Ever since its debut at Computex last year, the ASUS ROG Zephyrus represented the company's vision for the future of gaming laptops. It was incredibly thin, and it packed in the fastest mobile graphics around, NVIDIA's GTX 1080 Max-Q (it's just a shame the battery life was weak). ASUS followed that up with the Zephyrus M in April, which opted for a more traditional keyboard design and slightly less powerful GTX 1070 Max-Q graphics. But of course, it's not stopping there. Today, the company unveiled the Zephyrus S, its thinnest gaming laptop yet.

Really though, you'll probably have a hard time noticing the difference in thickness. The Zephyrus S measures between 14.95mm and 15.7mm, whereas the first model maxed out at 17.9mm. The upgrades you'll actually notice are brought over from ASUS's recent ROG Strix II laptops: Slim bezels around the 15.6-inch panel, which runs at 1080p 144Hz with a low response time of 3ms. And thanks to those slimmer screen borders, ASUS says it's about the size of typical 14-inch laptops. Under the hood, it features Intel's Core i7-8750H CPU and either NVIDIA's GTX 1070 Max-Q or a full powered GTX 1060.

The Zephyrus S also has a keyboard way up front with a trackpad on the right, just like the original model. That takes some getting used to, but it allows for ASUS to build even better cooling into the rear of the machine. (The laptop also comes with a wristpad, which makes it a bit easier to use such an oddly placed keyboard.) Just like the ROG Strix II, the company managed to deliver better thermal performance by adding more blades into souped-up 12 volt fans, as well as optimizing its heatsink and heat pipe implementation. 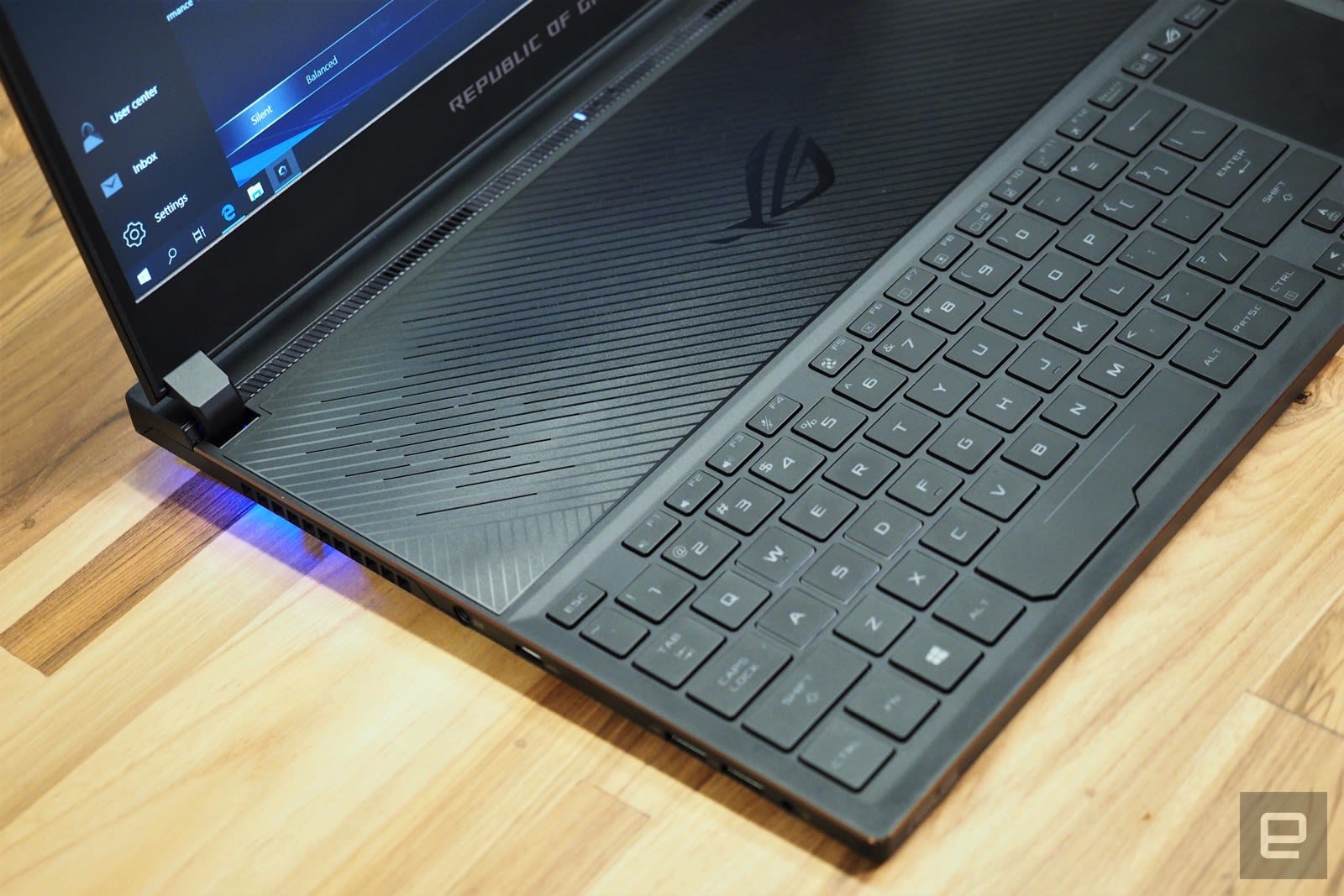 In other news, ASUS is also unveiling a new 17-inch addition to the Strix Scar II: the GL704. It has many of the hardware upgrades mentioned above, except it's limited to GeForce GTX 1060 graphics. Still, it's a compelling option for someone who's more interested in having a larger screen than having the thinnest laptop in the world (though it's about half as thick as many 17-inch competitors).

And for anyone who owns ASUS PC hardware with LED lights, the company has a new software package called Armoury Crate. It lets you manage your system components and lighting in a single place, whereas before that required using two separate apps.

We're still waiting on pricing and availability details for the Zephyrus S and Scar II GL704, but we're hoping to have more details soon.