Babeyes is a ridiculous first-person camera for babies

For the past few years at least, it hasn't been terribly hard to get video from a child's perspective. Polaroid of all companies tried this once, and it's not like you couldn't slap a GoPro on a child if you really wanted to. The difference with Babeyes, the product of a French startup tucked away in a dimly lit corner of CES Unveiled, is that the camera is only half of the equation.

Step one involves sticking -- literally, with a sticker -- the Babeyes camera to your child. (In the company's demo, we made do with a doll that wasn't creepy in the slightest. Nope. Not one bit.) Then, the camera starts recording for up to two hours on a single charge. Simple enough.

Once you offload the files onto a computer, the Babeyes software will skim through the raw video and look for human faces that can be tagged -- say, mom, dad, the nanny, etc. When the software has a few faces to work with, it'll start chopping those large-ish video files into clips you can sort by the people who appear in them. While the feature didn't appear to be functional in the demo I saw, founder Yohann Touboul also said that the software would also be able to categorize clips by the emotions expressed in them -- consider us cautiously optimistic. Either way, you'll be left with a child-eye-view of how mom and dad reacted the first time the baby absolutely wrecked its diaper, plus more endearing moments, I'm sure. 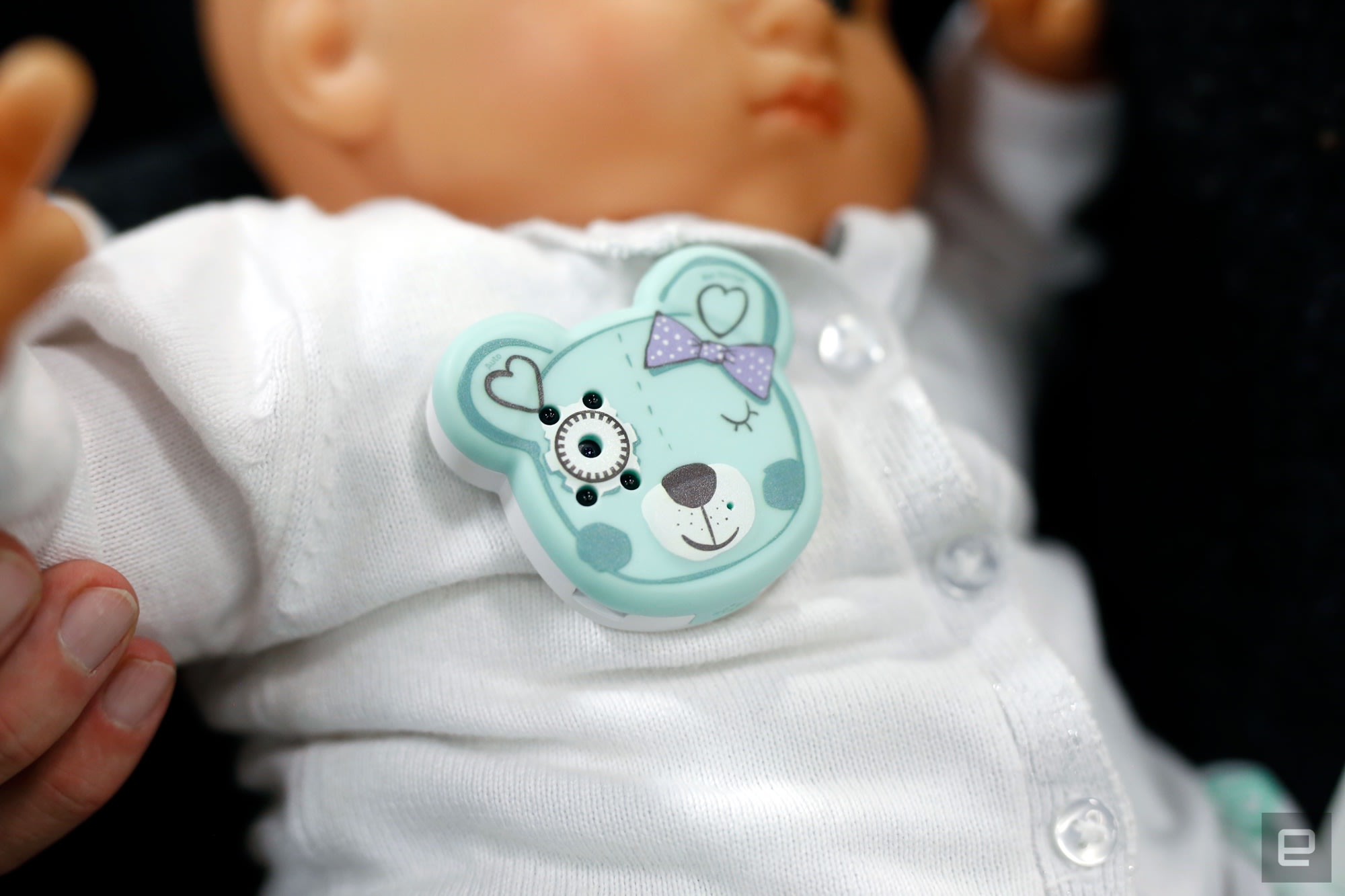 By combining camera hardware and a kind of intelligence to draw value out of the resulting footage, this thing sort of feels like Google's Clips camera, but French and for babies. In focusing solely on the very young, though, this startup just might be able to offer parents -- and eventually, their grown children -- something immensely powerful. The value here isn't just in letting people build troves of videos; it's in giving members of a family access to moments and perspectives that might have otherwise been lost in the fog of early, early childhood.

My mom used to tell me that, when I was just a few years old, my dad held me up to his face and I kicked him square in the eye. The black eye lasted for a few days (apparently), and the memory persisted, but the finer details were lost to time. Did I laugh? Did he swear? I can only hazard guesses now, but something like the Babeyes might be able to capture those slices of family history in the making. For once, I don't care so much about whether this startup has nailed its feature mix, or if the per-unit margins are healthy -- I'm just sort of glad it's trying to help families flesh out their lore.