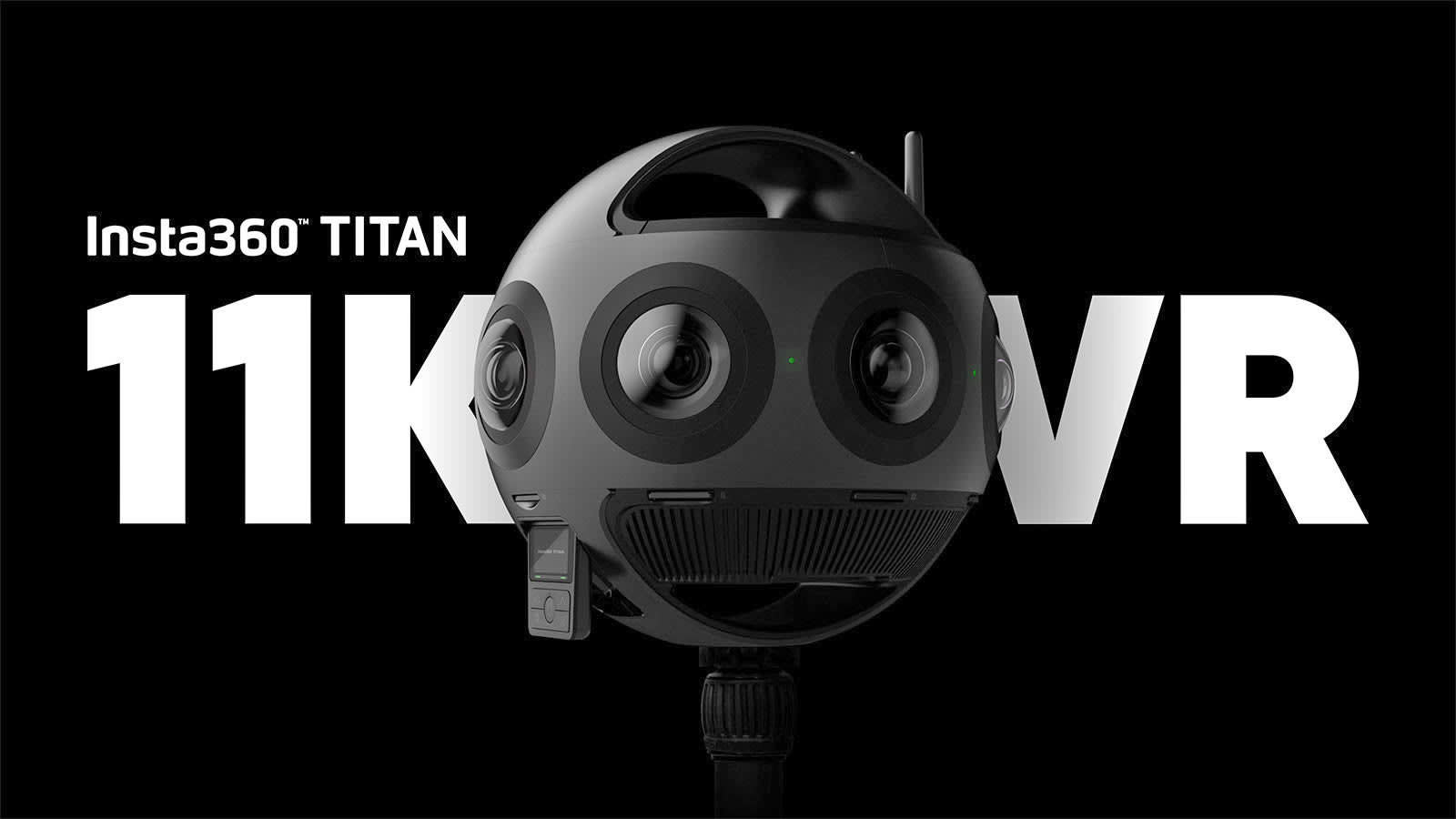 Insta360 already has a line of 8K professional VR cameras, but apparently there's demand for an even higher resolution. After the teaser at last year's CES, this time the company is officially bringing out the Titan, an 11K VR camera consisting of eight lenses. Not only that, but the device also uses Micro Four Thirds sensors -- the largest available on any standalone VR camera -- with 10-bit color support. Priced at $14,999, this device is clearly aimed at folks who take VR cinematography very seriously.

For video, the Titan can capture at 11K or 10K 3D at 30 fps, as well as at 8K at 60 fps (just like the Pro 2) and 5.3K at 120 fps. It's also capable of taking 11K 360 photos in 3D and monoscopic. Naturally, to handle this sheer amount of data, each lens will require its own super high speed SD card (full size instead of microSD). You'll also need a ninth SD card for storing gyroscopic metadata for FlowState stabilization, as well as low-res proxy files from all eight lenses for quicker edits using Insta360's Adobe Premiere Pro plug-in.

Much like all the recent Insta360 cameras, the Titan supports the company's renowned 9-axis FlowState Stabilization, meaning you can run around with it and still get impressively stable footage -- so long as you have a way of carefully handling the bulk. Similarly, Titan supports the same Farsight proprietary radio technology first introduced by the Pro 2, meaning you can remotely control the camera from far away -- likely also at up to 300 meters. If you wan to watch a playback of Titan's awesome 11K VR video, you can actually do so using Insta360's CrystalView conversion tool -- also introduced by the Pro 2.

While the majority of us will be waiting for the next flagship consumer 360 camera, VR enthusiasts can go ahead and reserve a Titan with a $150 deposit, and you can expect shipment in April.

In this article: 11k, 360, 360camera, cameras, ces2019, gear, insta360, mft, MicroFourThirds, titan, vr, vrcamera
All products recommended by Engadget are selected by our editorial team, independent of our parent company. Some of our stories include affiliate links. If you buy something through one of these links, we may earn an affiliate commission.