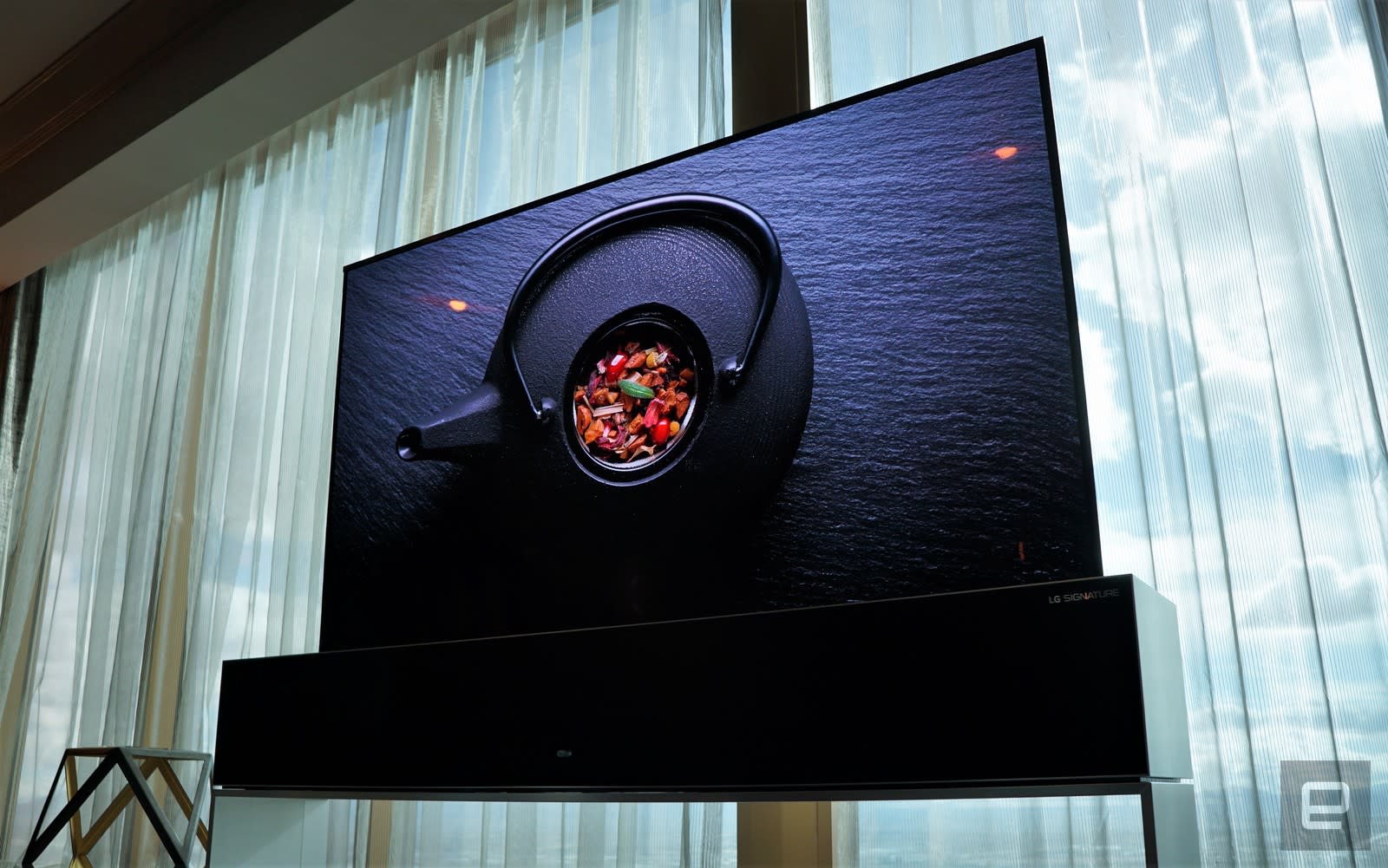 First Apple partnered with Samsung to bring AirPlay 2 TVs, now it's doing the same with LG. The TV maker revealed today that its latest WebOS-powered sets, including the stunning rollable OLED, its revamped OLED line and even standard LEDs, will support AirPlay 2 and HomeKit. Unfortunately, there won't be an iTunes app for LG, something that will make Samsung's sets almost like pseudo-Apple TVs. But at least you'll finally be able to stream content from your iOS devices without splurging on an Apple TV. HomeKit support could also be useful for controlling certain smart devices right from your big screen TV. It's not surprising why Apple is finally opening up its ecosystem: It needs help if it wants to succeed in the entertainment world.

In this article: AirPlay2, apple, av, ces2019, entertainment, gadgetry, gadgets, HomeKit, lg, WebOS
All products recommended by Engadget are selected by our editorial team, independent of our parent company. Some of our stories include affiliate links. If you buy something through one of these links, we may earn an affiliate commission.