It's several technologies combined into one giant screen.

Earlier at CES 2019, LG revealed a rolling OLED TV that will come to actual stores (and actual homes) in 2019. It's amazing, but will sound a little familiar to some readers, because it's pretty much what I saw showcased by LG Display (the company that makes screen tech for LG, not to mention some of the TV competition) last year. If rollable TVs are done, what is LG Display up to this time? It's going big on aesthetics and big on... big.

LG Display's 88-inch 8K OLED is its marquee screen this time around -- something that LG itself had showcased already. Granted, this is the bleeding edge of TV technology (and limits of sensible screen sizes), but what's new here? For 2019, it's not what you're looking at but what you're hearing. The company has manufactured its Crystal Sound screen tech into those 88 inches, meaning there's no need for speakers — the screen doubles as one. And now it sounds better.

Crystal Sound was first announced in 2017. The technology embeds a sound system directly into the panel -- thanks to it being OLED, sidestepping the need for backlighting. The screen itself then acts like a membrane. Exciters dotted across the panel generate audio through vibrations of the OLED to make sound. The benefits include, beside skipping the need for a speaker setup, is a more-immersive viewing experience because the sound comes from behind the picture rather than side-holstered speakers. The company is also integrating this same technology into both laptops and PC monitors.

LG Display says it can produce 3.2.2-channel Dolby Atmos audio this time around, which is a big improvement over the stereo setups we'd seen in the past. Unfortunately, the technical demos weren't all that remarkable, with a few UFOs flying around the screen to demonstrate the improved audio depth offered by Dolby Atmos. I just wish they had some movies or more involved content to show it all off. It sounded better than previous models, but I can't definitively claim that it's good enough to replace your soundbar. 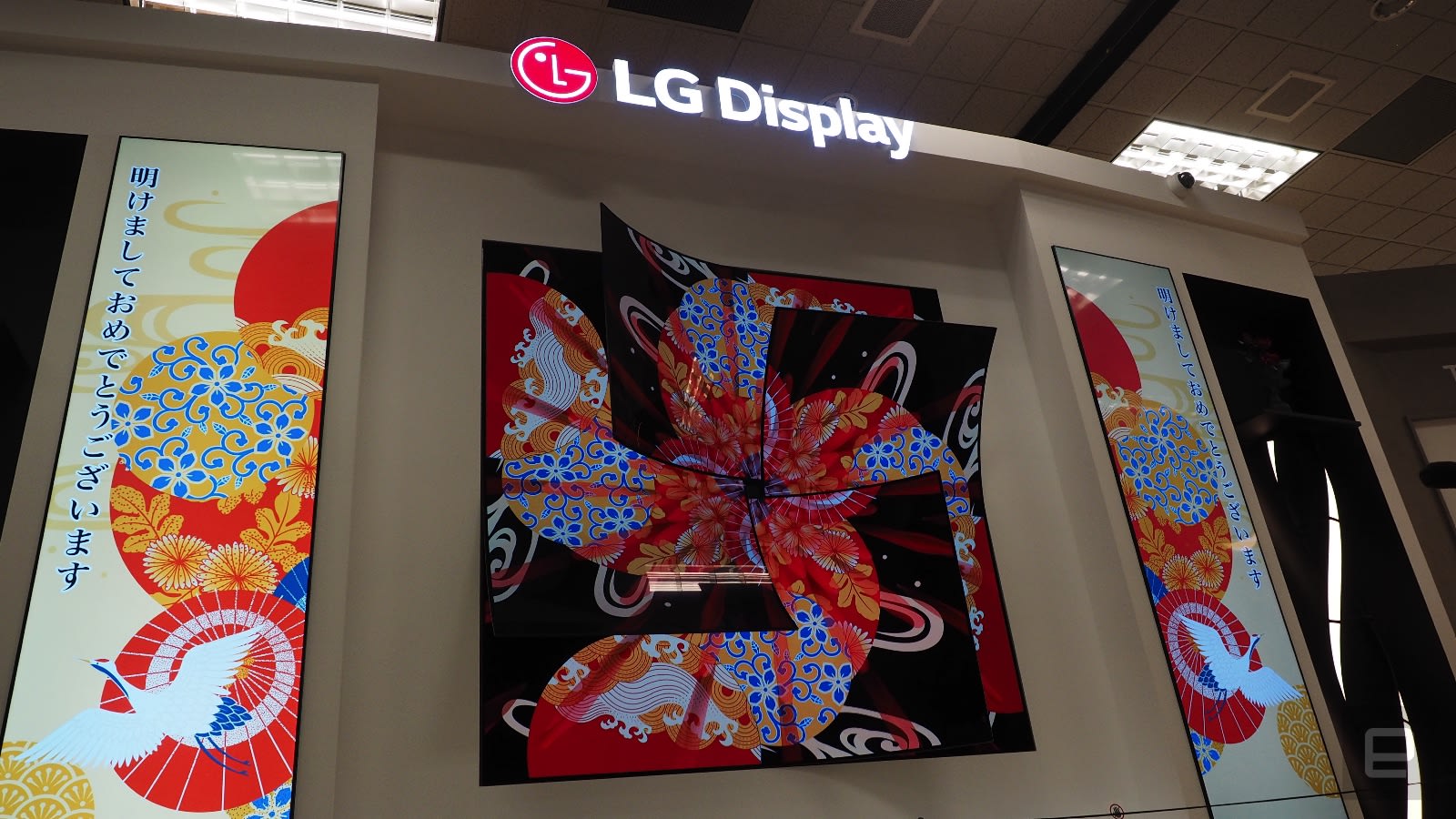 The other showcase was Crystal Motion OLED, demonstrated on a 65-inch OLED with hugely improved "motion picture response times" -- roughly half of existing LCD screens. The takeaway here is that this upgraded display is better suited to high-speed sports, action movies or even video games, with smoother graphics, less motion blur and less aggressive ghosting between high contrast images. This is all apparently done on the back end and isn't a hardware-based improvement. This is notable, because it means LG Display could bake it into pretty much any OLED TV LG (or its other customers) decide to make.

Given that it took just a year for LG Display's rollable OLED to turn into an actual TV (very rich) people can buy, we can expect to see both technologies in TVs soon. (LG Display didn't have concrete production plans for either, just yet.)

LG has already produced two generations of Crystal Sound OLED TVs, but this time around, with Dolby Atmos, third time could be the charm.