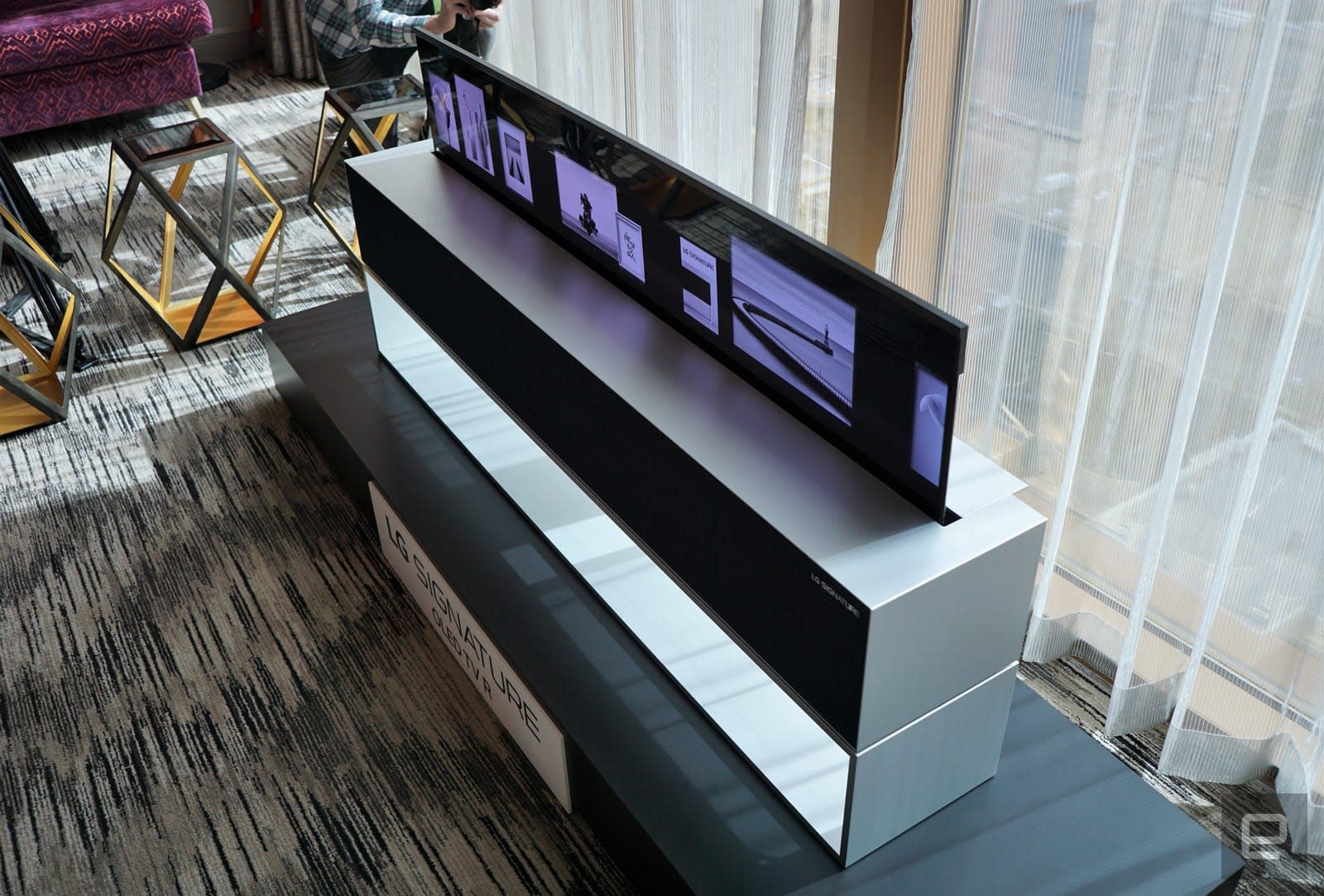 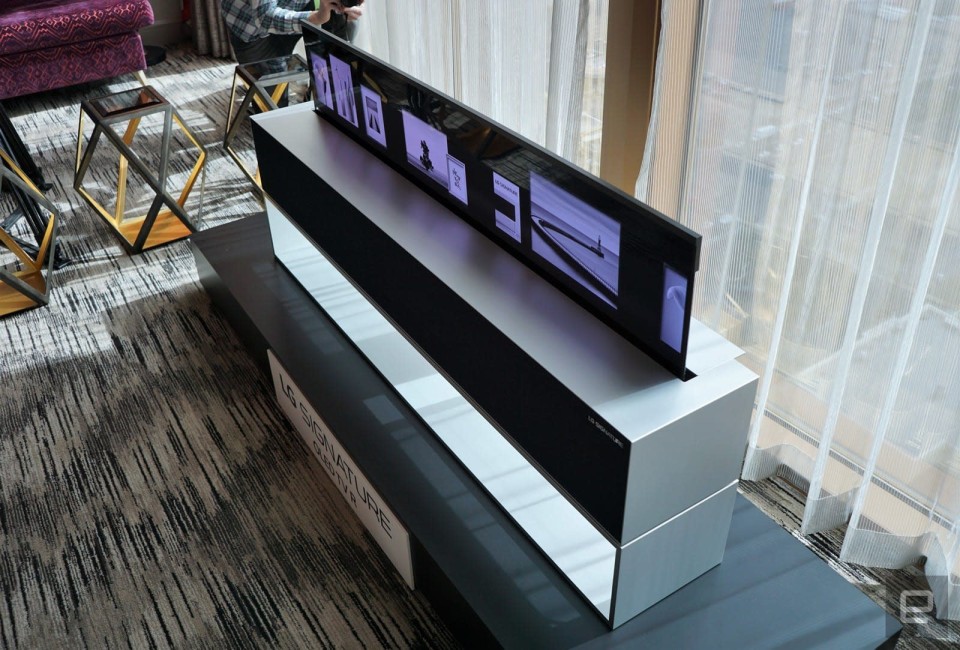 We've seen LG Displays bend and roll OLED screens for years at CES, but those were just cool demonstrations, and nothing else. Now, LG Electronics is finally putting that technology into something you can actually buy: the Signature Series OLED TV R. It might look like a normal 65-inch TV at first, but hit a button and the OLED screen slowly rolls into its brushed aluminum case, like a paper towel winding itself back up. Instead of being a giant black mirror, you're left with a high-tech credenza. So who needs this, really? Much like LG's thin wallpaper OLED TV, the company is targeting discerning, style conscious buyers. The OLED TV R is particularly appealing for people who want a large 65-inch screen for immersive movie watching, but don't always want it to dominate their living space. Up until now, their only option was to buy a smaller TV, or figure out a creative way to hide the screen.

The OLED TV R's base is also a 100-watt Dolby Atmos speaker system -- again, similar to the soundbar LG bundled with the wallpaper OLED. There aren't any upward firing speakers, but it can virtualize surround decently. Based on a short demo, the speakers sound solid for music, and about on-par with modern soundbars when it comes to movies. Of course, it's not going to replace a dedicated home theater setup, but anyone with something that extensive probably isn't concerned about hiding their AV gear.

Aside from opening and closing completely, the OLED TV R can also leave a sliver of its screen up, something LG calls "line mode." That gives you a bit of a display for controlling music, or displaying a clock, family photos or soothing digital patterns. Honestly, it looks like you're just begging to have your child or pet destroy your precious OLED TV, but it's certainly a cool party trick. LG claims the set is good for 50,000 rolls, but it's unclear how long that actually entails. As with any device with moving parts, its roller could eventually fail, which adds a certain amount of anxiety for potential owners.

Quality-wise, the rollable TV is on-par with LG's other 4K OLED screens this year (including support for 120FPS), and it's also powered by the second generation Alpha 2 processor. The OLED TV R will also feature LG's latest WebOS release, which adds support for Amazon's Alexa virtual assistant. And, just like Samsung, LG is also adding Apple's AirPlay 2 standard, as well as HomeKit integration. There's no standalone iTunes app, unfortunately, but the AirPlay support should make it easier for iOS owners to throw content on their sets. And it's yet another sign that Apple is finally starting to broaden its entertainment reach.

LG doesn't have a price in mind for the OLED TV R yet, but the company says it'll be available in the second half of the year.

In this article: av, CES2019, entertainment, gadgetry, gadgets, gear, lg, OLED, OLEDTVR, rollableOLED
All products recommended by Engadget are selected by our editorial team, independent of our parent company. Some of our stories include affiliate links. If you buy something through one of these links, we may earn an affiliate commission.