The Deco X10 can blanket your home with multi-gigabit speeds.

TP-Link is ready to come out swinging now that the high-speed WiFi 6 standard is here in earnest. The company is expanding on its recent introduction of two high-end routers (the Archer AX11000 and AX6000) with three more devices that include its first WiFi 6-capable mesh router, the Deco X10. The seemingly timid-looking cylinder can dish out speeds up to 1.95Gbps across its three bands, ensuring that you get a cutting-edge connection whether you're in the den or the bedroom. It'll arrive in the third quarter of the year and cost $350 for a two-pack.

The Archer AX1800 (below), meanwhile, is aimed squarely at people who want WiFi 6 on a relative budget and don't mind having 'just' 1.8Gbps to play with. It'll ship in the third quarter for $130. It'll be joined by the $100 RE705X, a similarly speedy range extender that can fill in coverage gaps when you don't care for a mesh network.

And if you don't need WiFi 6 speeds, there's one more option sitting on the table. TP-Link is launching a dual-band OneMesh RE300 extender that offers dual-band WiFi 5 (aka 802.11ac) to people who have an Archer A7 or C7 router with mesh-friendly firmware installed. At $50, it might do the job if you're not in a rush to improve raw performance. It should arrive sometime in April. 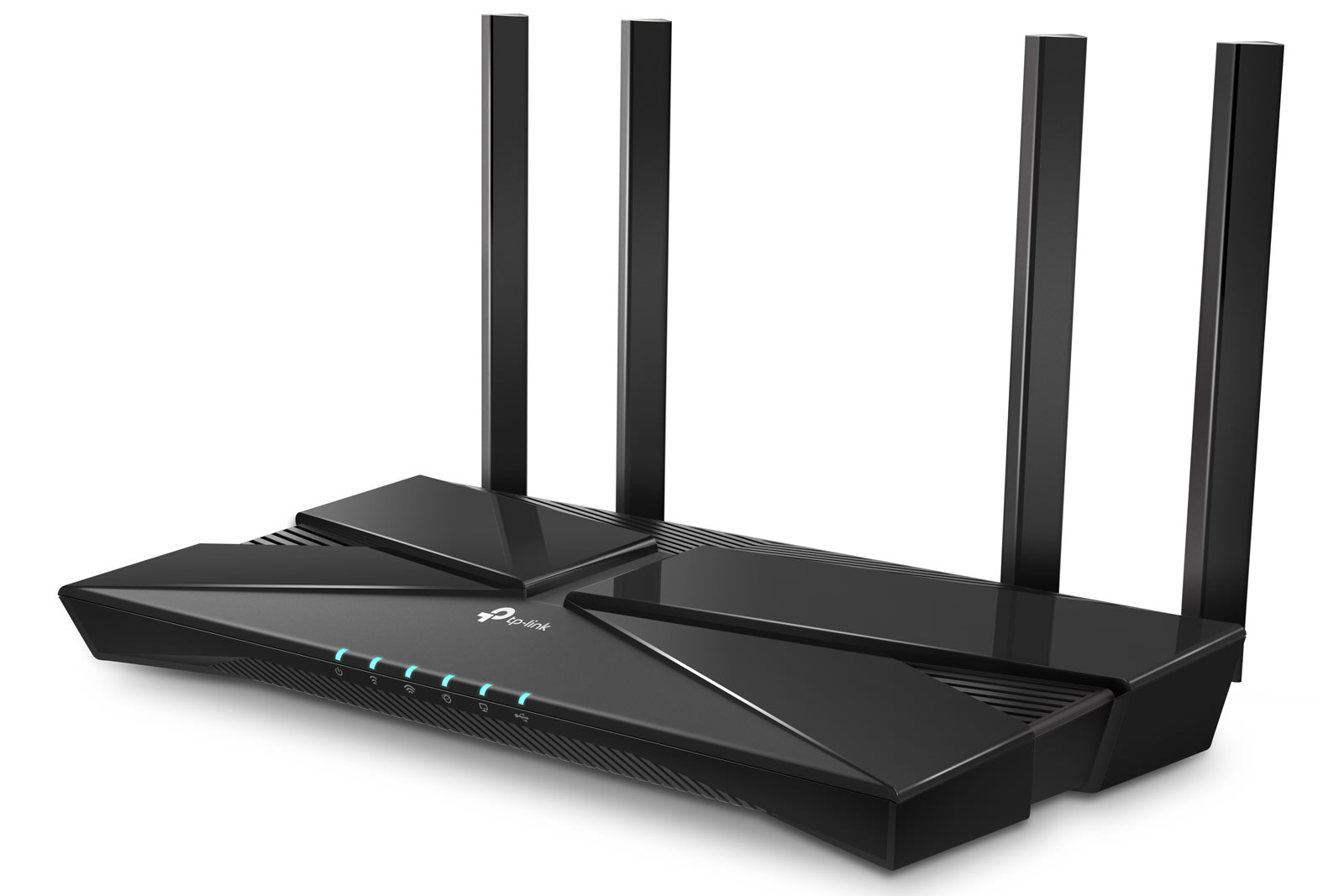 Turn on browser notifications to receive breaking news alerts from Engadget
You can disable notifications at any time in your settings menu.
Not now
All products recommended by Engadget are selected by our editorial team, independent of our parent company. Some of our stories include affiliate links. If you buy something through one of these links, we may earn an affiliate commission. All prices are correct at the time of publishing.
View All Comments
TP-Link's newest WiFi 6 routers include its first mesh-ready model