The van can go from carrying humans to packages in five minutes.
R. Baldwin|01.08.19
@strngwys

Delivering packages and delivering people is currently done with two different vehicles. Mercedes-Benz would like to change that with its pure electric, autonomous Vision Urbanetic concept vehicle. The modular van can be both a people carrier and a way to ship items around town.

At CES, I got a chance to ride in the ride-hailing module down the Vegas Strip. The interior can be best described as a "lounge." It has multiple seating areas and is actually split into two sections. The white section is for folks that'll only be in the vehicle for a few moments, while the tiered red seating area is meant for people who will be in the vehicle for a while.

The inside of the Urbanetic is spacious and tall enough that at six-foot-three-inches, I had no issue standing up in the vehicle. Plus, the glass roof gives you a view of the sky, or in the case of Vegas a barrage of colors. 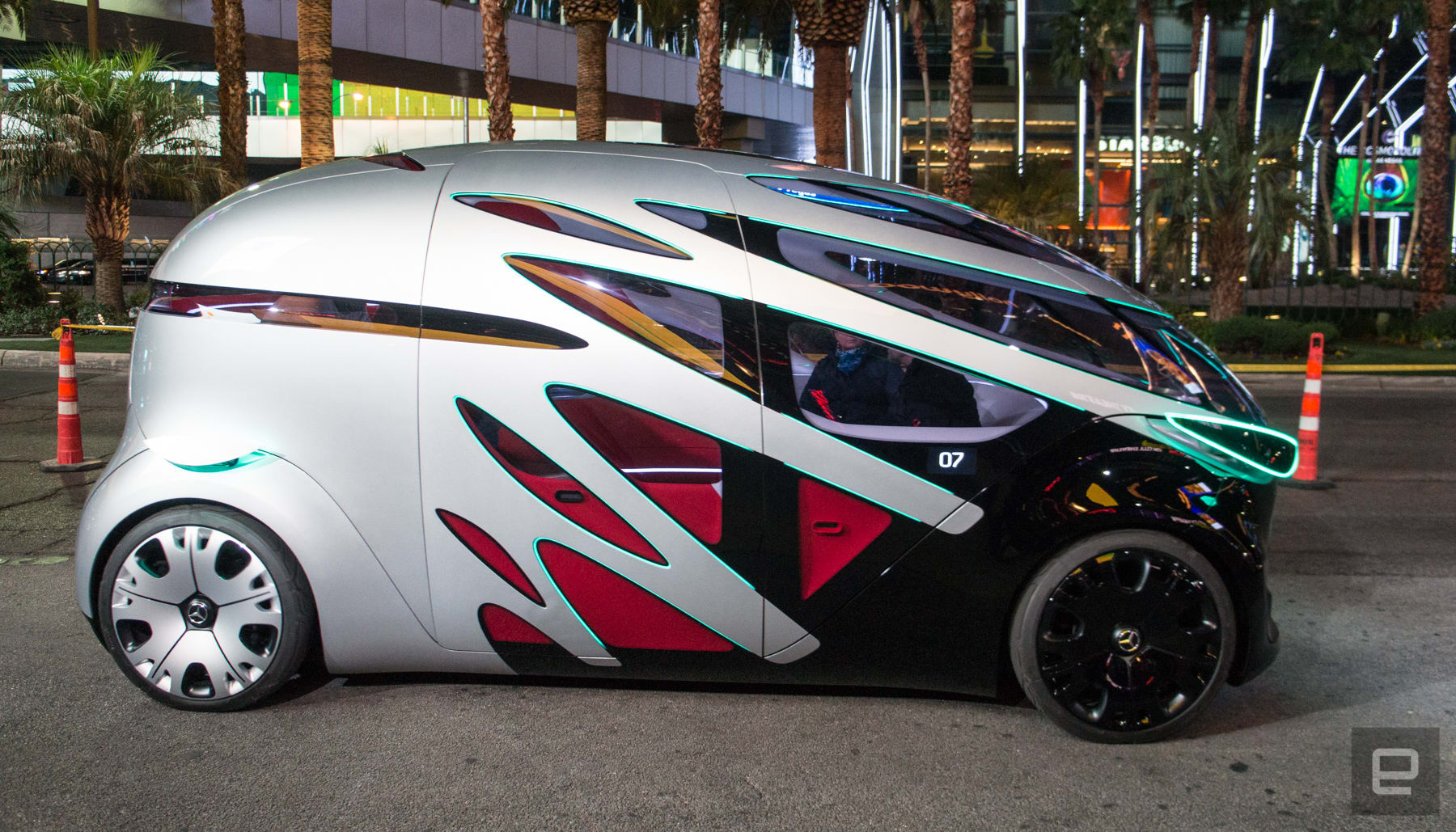 Surrounding the sunroof is a what Mercedes calls a "halo." It's a thin display that can be used to share information with the riders about their trip, the news of the day or even entertain them. During the demo, Mercedes showed off a slot machine type interface.

The seats themselves are far less formal than what's found in a typical van or bus. It conveys the feeling of sitting in a hip coffee shop from the future. Along the benches are plus signs where you can wirelessly charge your phones. The only thing missing from the equation is a heavily tattooed barista.

But when the van is done with taking folks around town, the people carrier module can be removed and replaced with a delivery module in about five minutes. The idea is that a company would have a fleet of these and could deploy them as a ride-hailing or package delivery service depending on demand.

For example, the during the day while most people are working, most of the Urbanetics in a fleet would be used to drop off packages. In the evening and at night as people get off work and want to go out, the fleet would shift to a majority of them being used as people movers. 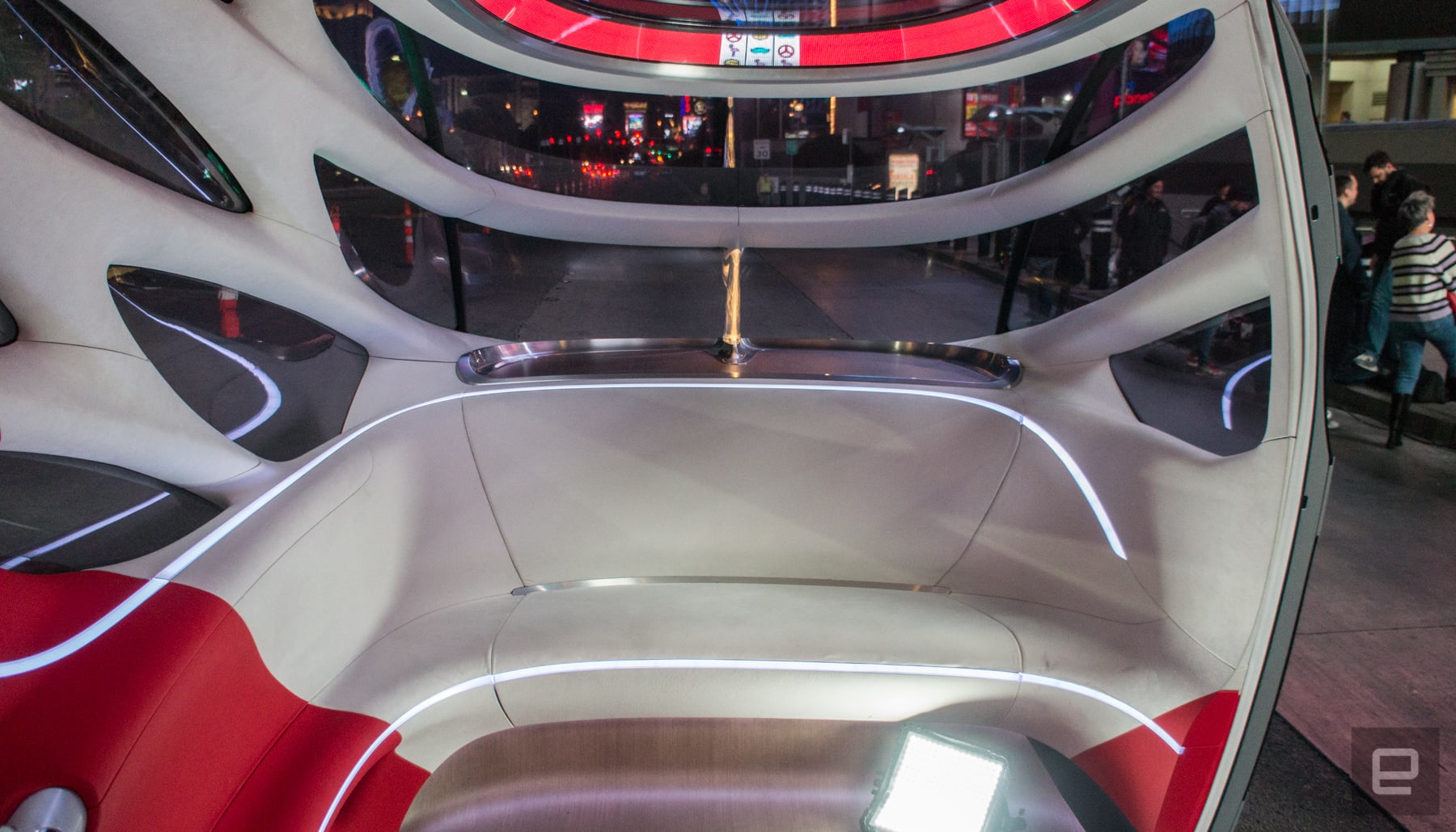 Before you get excited about seeing one of these in your neighborhood, it's important to remember that it's a concept. In fact, the vehicle I rode in wasn't truly autonomous, Mercedes had a remote control for it.

Still, it offers a glimpse into what the automaker is thinking about when it comes to mobility. Even if the Urbanetic never comes to market (because it won't), the ideas shown on the vehicle have the potential to show up in Mercedes-Benz vans sometime in the future.

So while you won't ride in a lounge from the future, you might be able someday be able to catch a ride in a vehicle that a few hours earlier dropped off your Amazon package.