While I appreciated the RTX 2080's raw power and ability to achieve framerates beyond 60FPS in 4K, the 2060 isn't that card. Instead, NVIDIA is positioning it for gamers who want more reasonable resolutions, like 1,440p, with graphics settings turned to the max. The company claims its faster than the GTX 1070 Ti, the slightly upgraded version of its last mid-range card. And with the addition of real-time ray tracing, it's able to deliver more natural lighting and shadows, similar to CG films. 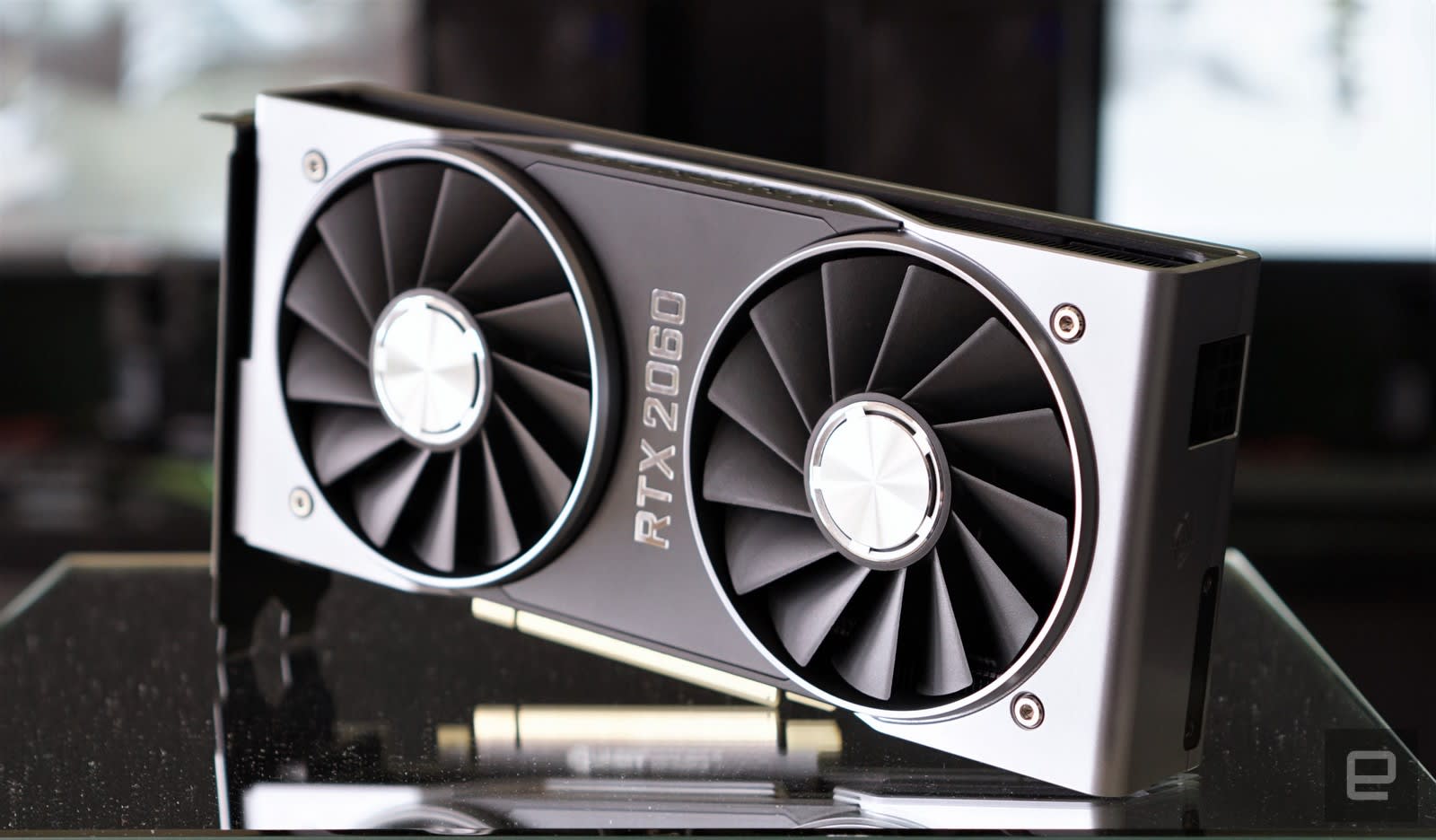 In Battlefield V, it used ray tracing to cast reflections on mirrors, guns and vehicles without any noticeable slowdown. And in demos for the Chinese MMO Justice and Atomic Heart, I saw the massive difference RTX made compared to conventional rendering. Shadows were softer, reflections were more realistic and on the whole, the games simply looked better. It's the sort of advancement that's tough to explain in words, so be sure to check out the video above.

NVIDIA also demonstrated its DLSS deep learning technology, which takes in high resolution footage of games and uses that to interpolate better graphics in lower resolutions. It's a much better method of anti-aliasing than we've ever seen before. Basically, a game in 1080p or 1,440p could look almost as sharp as a natively rendered 4K version. That's a huge win, in my book.