Sony really wants you to know it's not a tech company

The company's CES press event included everything but product announcements.

That's most of what I remember from Sony's press event at CES last night. Despite announcing new (giant!) TVs, headphones with Alexa and a wireless turntable, its 45-minute media briefing rarely touched on any new products.

When Sony CEO Kenichiro Yoshida stepped on stage, he laid out that he planned to "shift our gears" and showcase the company's involvement in more creative endeavors. That meant fewer product flourishes and plenty of moments where Sony simply sang its own praises. At a show famed for hardware announcements, the company sidelined its own news.

This didn't come from nowhere. In recent years, Sony's CES showcase has distanced itself from comparable electronics companies, preferring to trumpet its strengths in creative fields like gaming, movies and its huge catalogue of musical artists. The big tech reveals happen outside major shows now. Remember: Sony cancelled its plans for the E3 gaming show this year.

Speaking of, the company lead with the latest PS4 sales figures, adding millions more consoles over the holidays and approaching 100 million in unit sales globally. This was followed by a sizzle reel of its best games and the major titles expected in the next 12 months, including Last of Us: Part II and Ghost of Tsushima, among others. The CEO gave a passing nod to Sony's Alpha camera series, but then swiftly passed the baton to Sony Pictures head Tom Rothman, who opened by saying that Sony's vision is to be a creative entertainment company.

While Rothman had plenty of major flicks to tease (like Jumanji and Men In Black sequels), he went straight to the Golden Globe-winning, hugely popular Spider-Man: Into the Spider Verse. (Not that I blame him.)

That, however, turned into 15 minutes of Sony's Consumer Electronics Show media briefing. There was a glimpse of the company's 2019 TVs, but it in a tangential mention, comparing the towering monoliths to the professional-grade OLED monitors used by Sony Pictures in the film making process.

Phil Lord and Chris Miller, the film-making duo behind the hit Spidey animation, talked about the creative process and how they made the feature look like more than just another CGI movie, but the connection to the company was a weak one. Interesting, yes, but what is Sony trying to tell us?

Sony Music was up next, with no shortage of famous names to drop. First it was the Chainsmokers, and their involvement in promoting VR headset, and then Pharrell Williams suddenly appeared on stage, the biggest name to grace a major CES 2019 press conference so far. 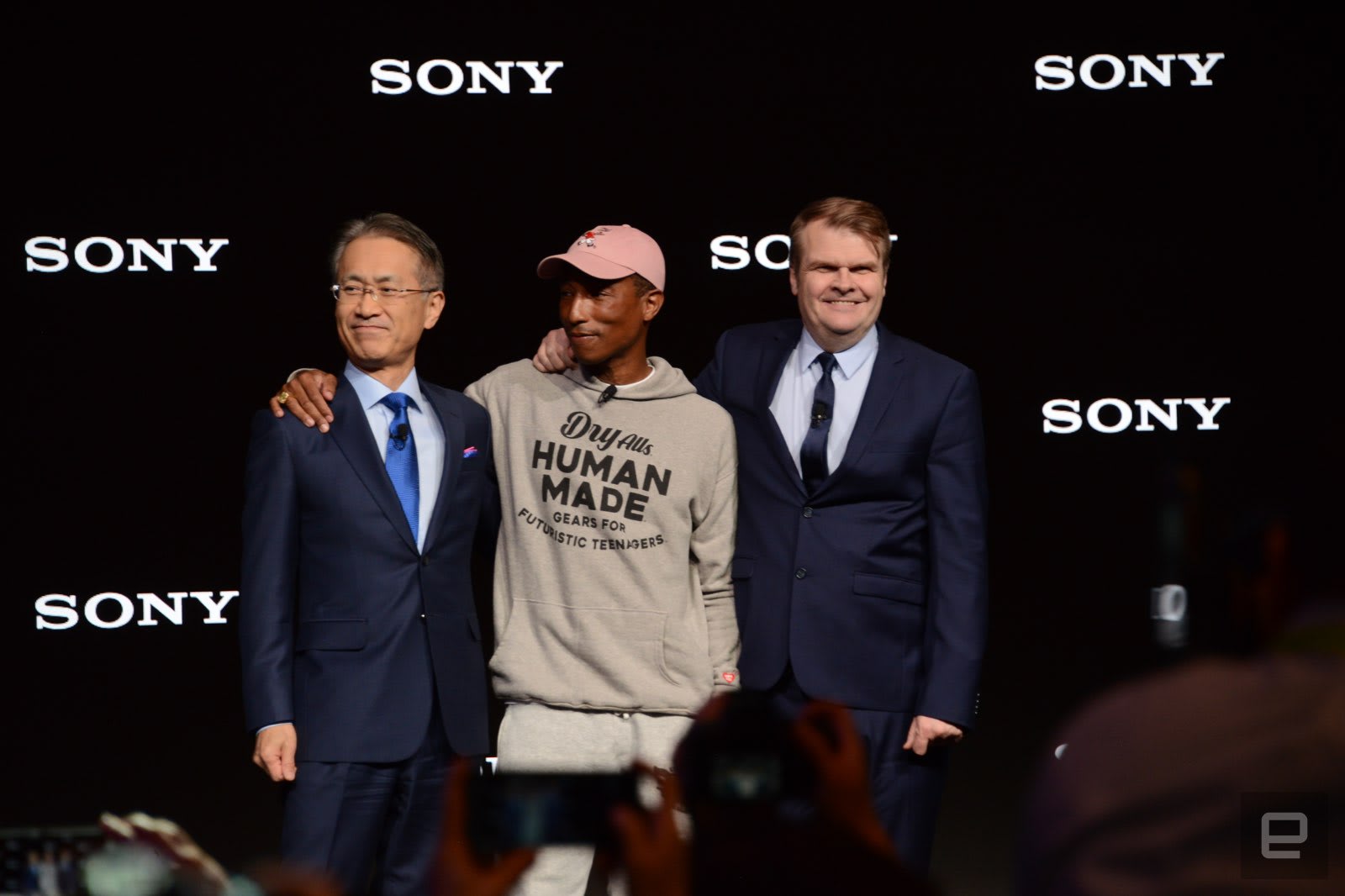 Unfortunately, he stumbled several times over prepared remarks on the teleprompter. The major takeaways seemed to be that he loves the Sony Aibo, and that he has one. I think that was the biggest news from the stage.

The reality is that the company's profits have consistently been buoyed by its gaming segment, while Sony Pictures saw profits triple in the last quarter — and that was before Into The Spider-Verse came out. Sony Music, having completed its acquisition of EMI Music is also in a position of strength.

It could have been worse. Sony's little-known financial services make almost as much revenue as PlayStation. The company fortunately realized that it didn't pack the razzle-dazzle necessary for a press event in the middle of Vegas.