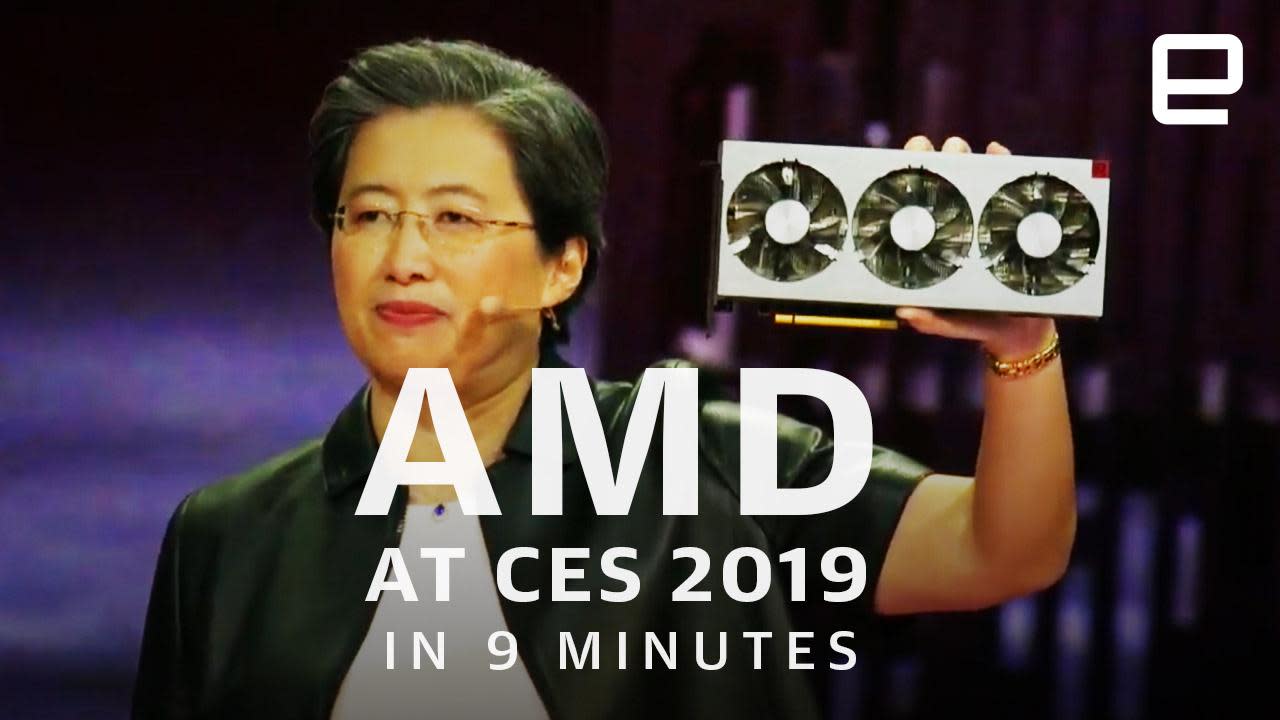 AMD didn't just respond to introductions from Intel and NVIDIA at CES 2019 -- it came out swinging. The chipmaker had plenty to show at its press event, and frequently claimed a performance edge over its rivals. The centerpiece was undoubtedly the Radeon VII, the first 7-nanometer graphics processor aimed at gamers. However, AMD had a little something for everyone, whether it was third-generation Ryzen CPUs for desktops, Epyc chips for heavy-duty number crunching and a talk about the hardware behind Google's Project Stream. That's a lot to digest, but our recap should help catch you up in a hurry.

In this article: amd, ces2019, cpu, epyc, gaming, gear, graphics, graphicscard, personal computing, personalcomputing, processor, radeon, radeonvii, ryzen, video, videocard
All products recommended by Engadget are selected by our editorial team, independent of our parent company. Some of our stories include affiliate links. If you buy something through one of these links, we may earn an affiliate commission.