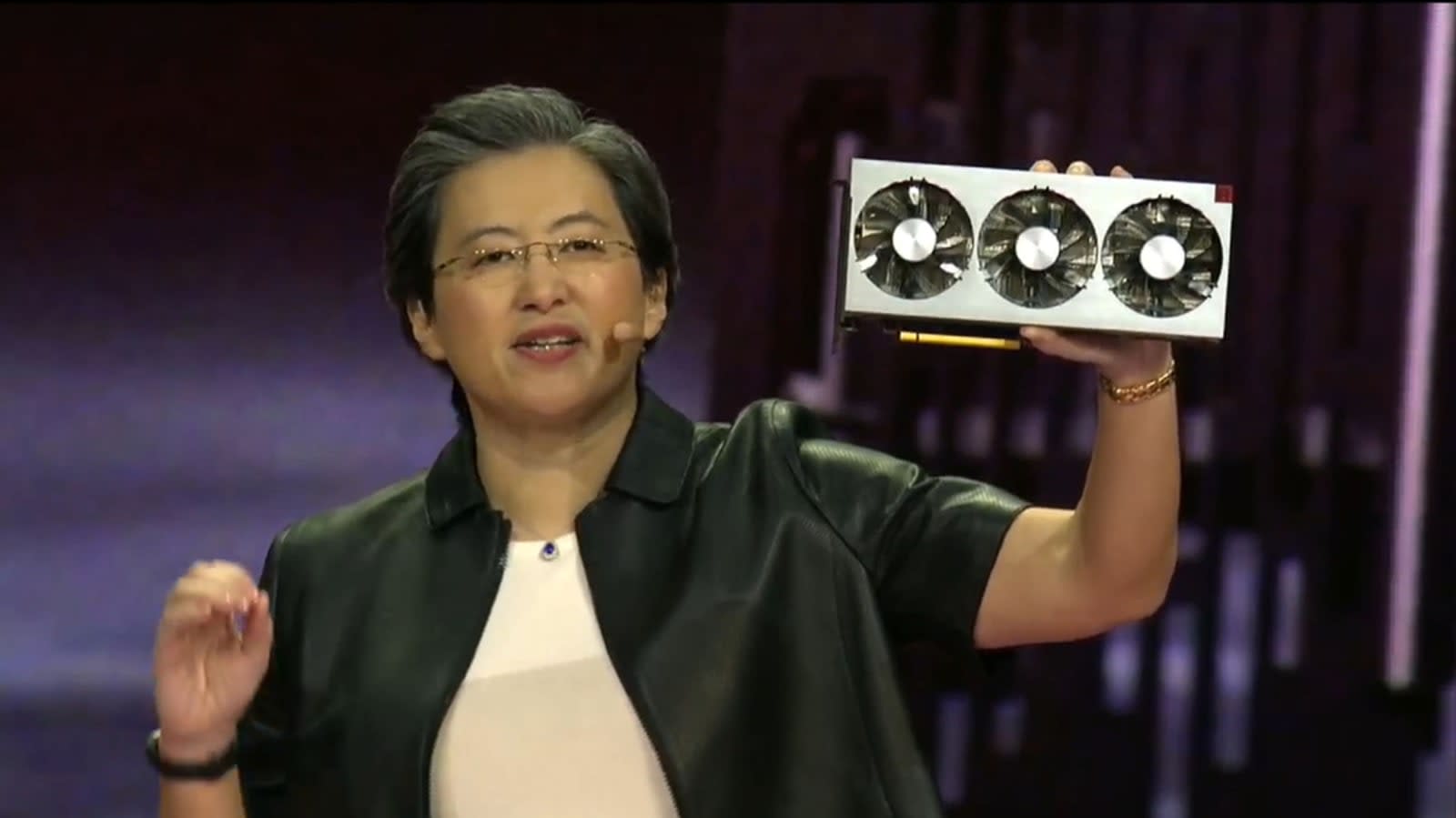 AMD is making a big stab at 4K gaming with its new high-end video card, the Radeon VII. Announced during the company's CES keynote, it's notable for being the world's first consumer 7nm GPU. That architecture allows it to be around 25 percent faster than the company's last model, while using the same amount of power.

The Radeon VII follows AMD's 7nm Instinct GPUs, which were built for computational professionals, not gamers. The new GPU looks like a significant bump beyond the Vega 64 and 56, which were powerful when they launched in 2017, but have since been blown away by NVIDIA's RTX GPUs. 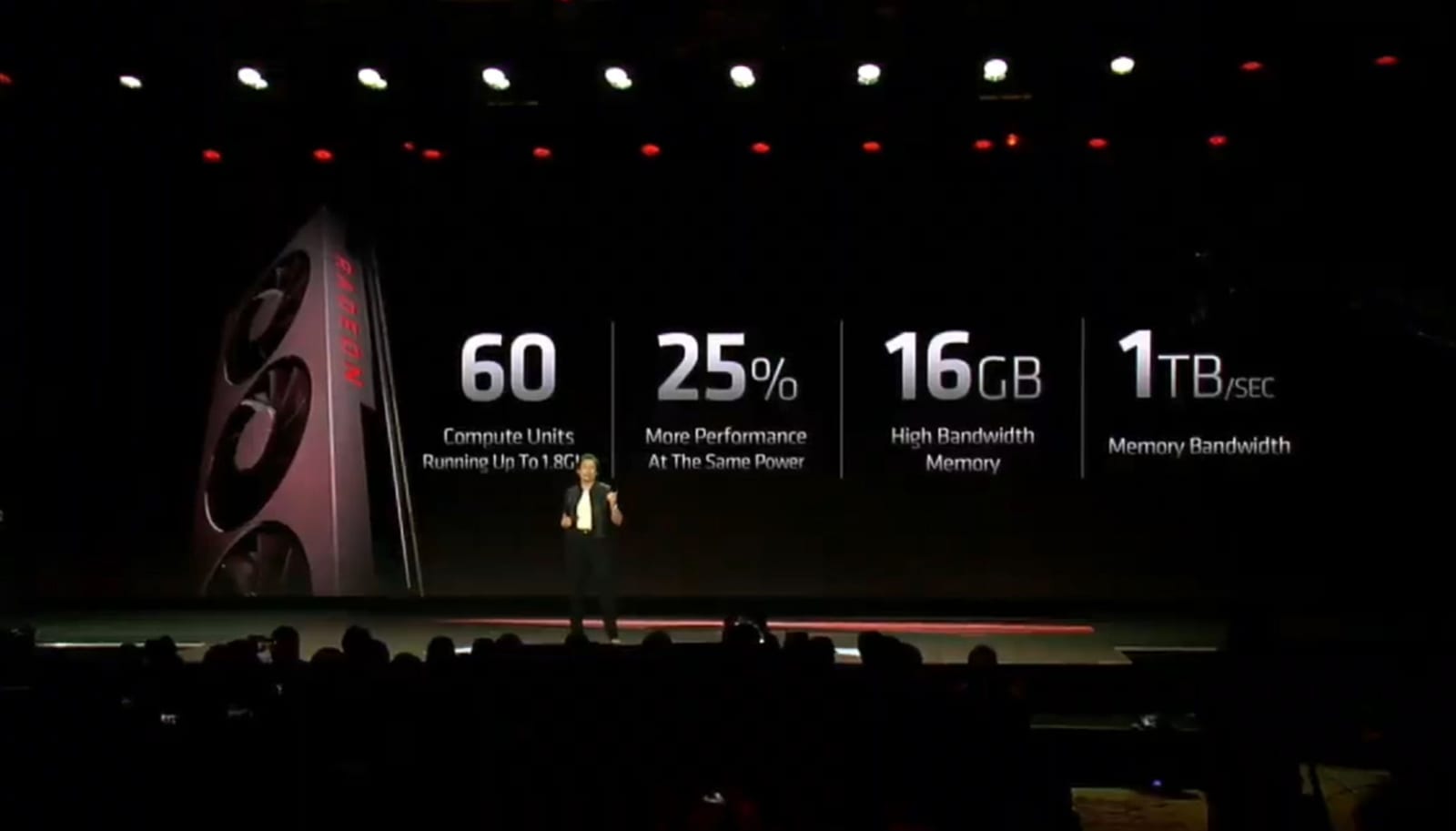 The new GPU features 60 compute units running at speeds up to 1.8GHz, as well as 16GB of high bandwidth memory. During her CES keynote, AMD CEO Lisa Su showed off the GPU playing Devil May Cry 5 in 4K at over 60FPS. The gameplay looked pretty fluid, and I didn't notice any slowdown. But AMD is also pushing pure gaming performance at a time when NVIDIA is trying to bring the concept of real-time ray tracing into the mainstream. While it's great to have native 4K rendering past 60 FPS, personally I'm more intrigued by the visual upgrade of more natural lighting, reflections and shadows, which ray tracing delivers.

The Radeon VII will be available on February 7th for $699, and as a bonus you'll get Devil May Cry 5, Resident Evil 2, and The Division 2 in the box. It's nice to see AMD trying to push high-end gaming even more, but it's still lagging behind NVIDIA, which is already bringing 4K gaming to notebooks with its new RTX mobile GPUs. 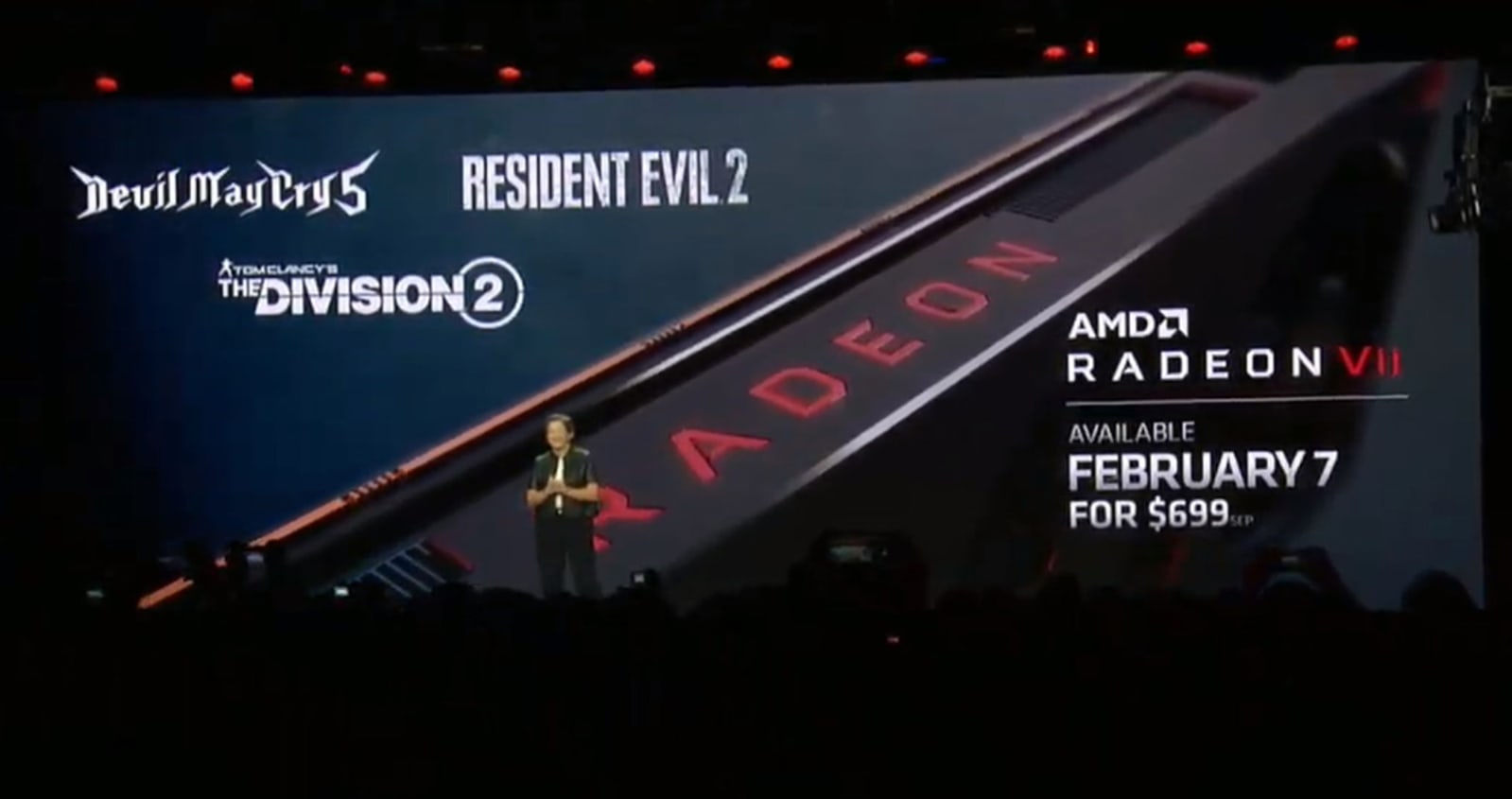 In this article: amd, CES2019, gadgetry, gadgets, gaming, gear, personal computing, personalcomputing, RadeonVII
All products recommended by Engadget are selected by our editorial team, independent of our parent company. Some of our stories include affiliate links. If you buy something through one of these links, we may earn an affiliate commission.