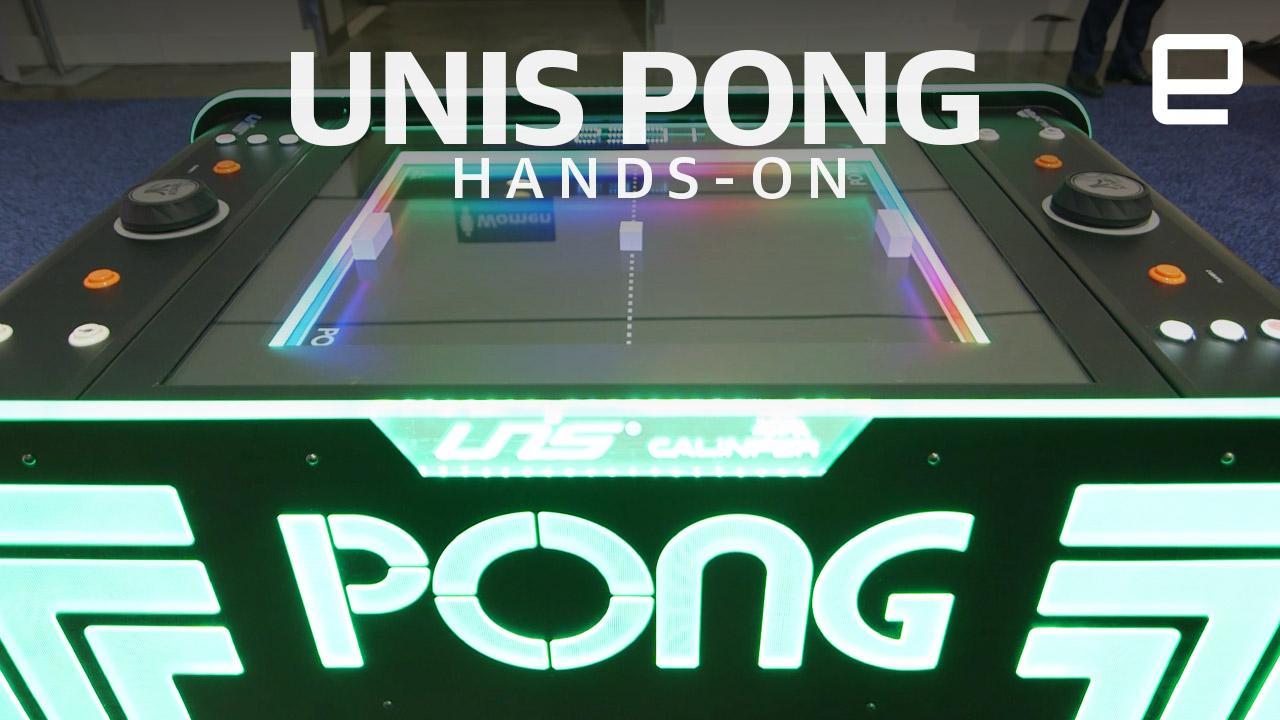 Nothing screams hipster more than a product that's both less advanced than what's already around, and yet far more over-engineered. It's also not an unfair description of Universal Space's (UNIS) analog Pong table, on show here at CES. The company has revived those chunky arcade tablets that we remember from the '70s, but with a mechanical, rather than electronic mechanism. 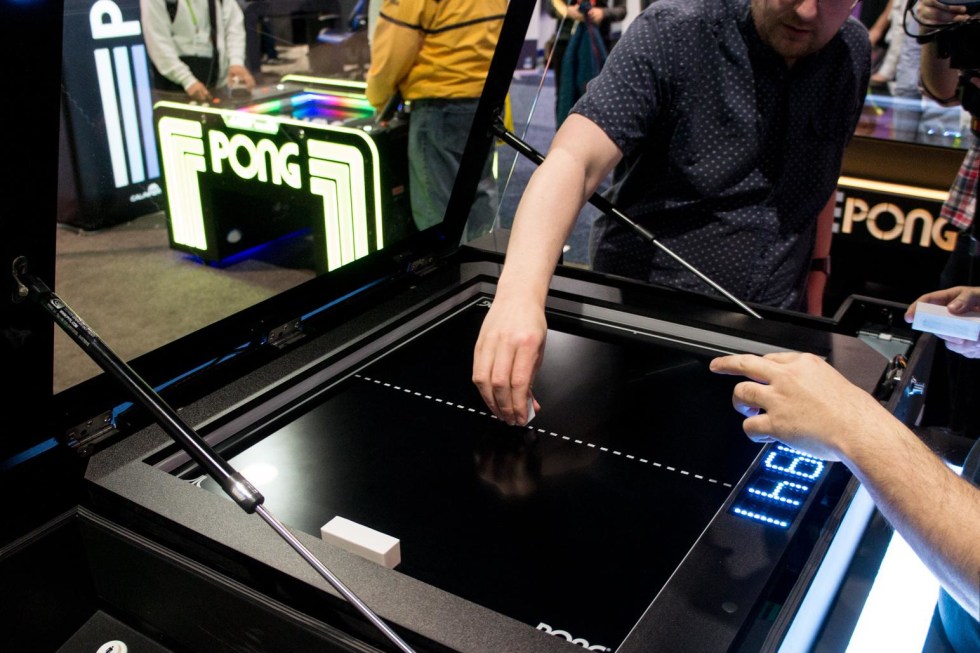 Below the glass-topped table is a physical playfield, onto which there are three white resin objects: two that resemble the white player paddles, and a cube for the ball. They're lined with felt on the bottom, and sat on a shiny black surface, beneath which are a series of articulated magnets. The first two move up and down along the side walls, as the paddles of yore would have done, while the third moves the ball around.

It was back in 2017 when UNIS first announced its mechanical Pong machine for the home as a Kickstarter, which is now shipping. This year, the company has expanded the range with two new models: an arcade version that resembles a retro table, and a height-adjustable cocktail table for classier joints. The home edition is priced at $3,000, arcades can grab one for $4,299, while the cocktail twist retails for $4,499.

The appeal of the table, of course, is to get your Pong on with a friend, and it does achieve this relatively well. Movement of the ball is replicated to be as faithful to the Atari original as possible, although the retrograde step can hurt, in places. If you're expecting the physics to follow a modern tennis game, for instance, you'll find the ball's movement to be maddening.

The controller, too, is a round dial that apes the original spinning paddles of the Atari that you may or may not have had as a kid. One neat touch is that you can endlessly spin the dials around, letting you attempt some pinball-style flourishes. Word of warning, however, the system isn't really fast enough to let you pull those off, so be prepared to lose, a lot.

UNIS's Pong table is a wonderful piece of machinery, and it's just nice to spend time with something that's a physical, working machine. In our days being disconnected behind screens and shut off from the machinery of the world, time spent with this is welcome, with one caveat.

And while it's certainly fun, it's probably not the sort of thing that you'll want to spend hours playing on at a time. Much like other retro games projects, the short-term hit and the joy of nostalgia quickly burns away, leaving a sense of general disappointment. Certainly, if you saw one of these in your upmarket cocktail joint, you could have a pretty enjoyable quarter hour. But once you've blown through the change in your pocket, don't go back for seconds, unless you really love Pong.

In this article: av, CES2019, gaming, gear, hands-on, Pong, UNIS, UniversalSpace, video
All products recommended by Engadget are selected by our editorial team, independent of our parent company. Some of our stories include affiliate links. If you buy something through one of these links, we may earn an affiliate commission.