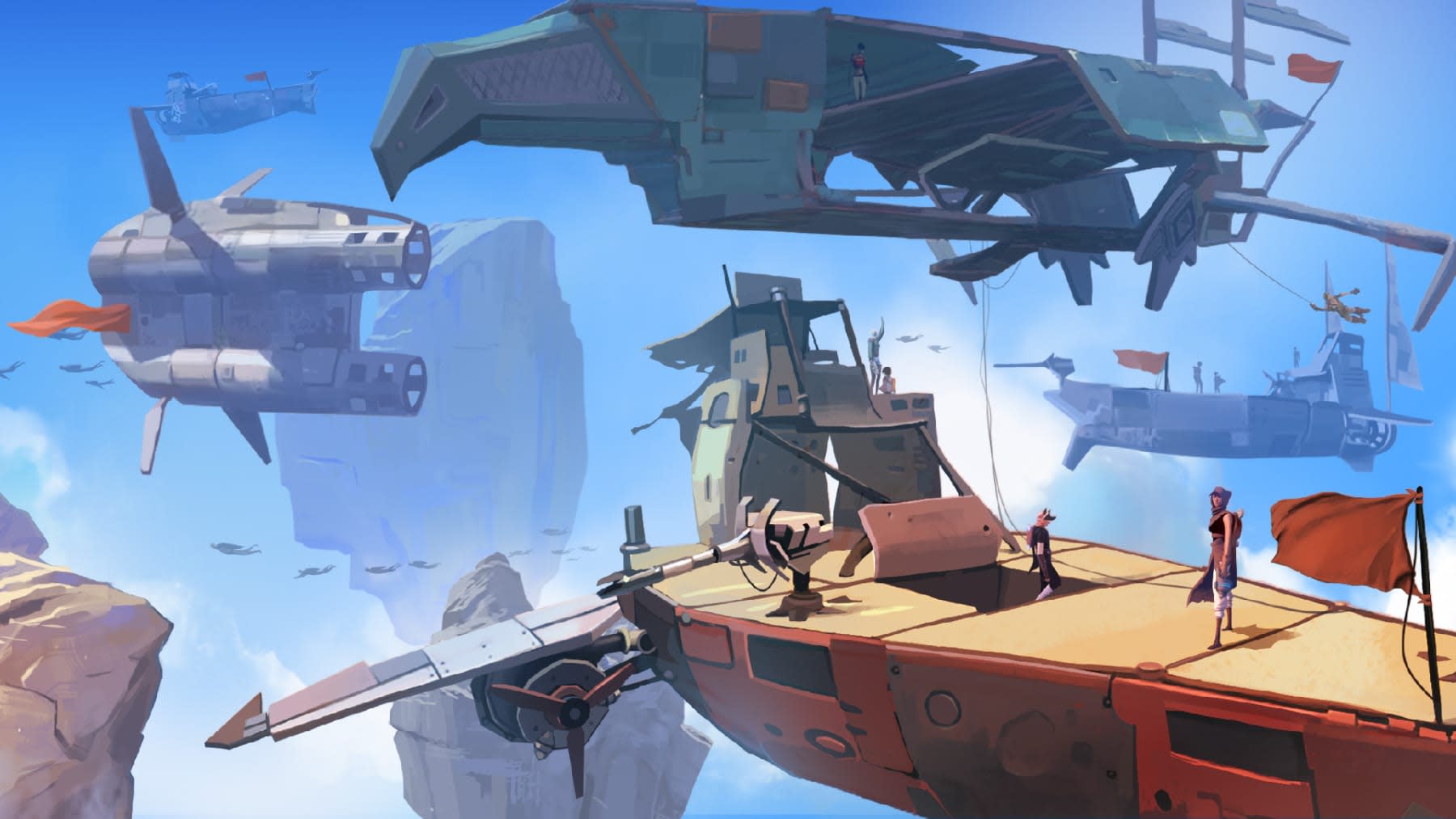 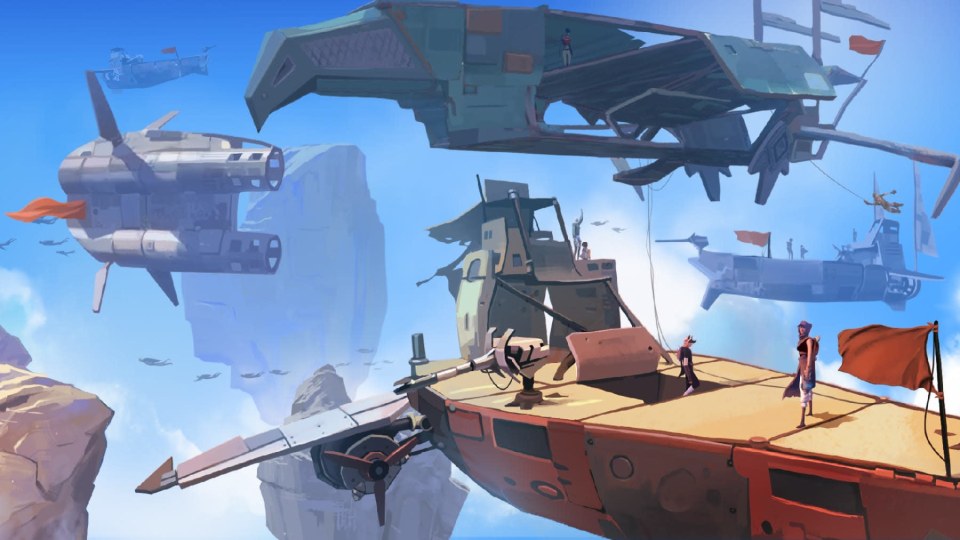 Unity, Improbable and Epic Games have been wrapped up in a bizarre and unnecessarily public dispute about terms of service, and the future of games that run on a much-hyped platform called Spatial OS.

The quarrel started this morning with an Improbable blog post titled: "Unity's block of SpatialOS."

It explained that, due to a change in Unity's terms of service, developers were no longer allowed to "operate or create SpatialOS games using Unity, including in development and production games." The clause in question (2.4) states that Unity cannot be run or simulated in the cloud, or over a remote server, "without a separate license or authorization from Unity." Improbable wasn't authorized, so all games using SpatialOS, a cloud-based server platform that helps developers build large and persistent virtual worlds, were in breach of the new terms.

Soon after the blog post went up, Bossa Studios said it had been contacted by Unity and told Worlds Adrift wouldn't be affected by the dispute. "Thus, Worlds Adrift remains live as normal," Bossa Studios said in a statement. "As far as we know the two companies are working to resolve the situation as quickly as possible. Our players are our priority and the Worlds Adrift team will be online on the typical channels to support them." Spilt Milk Studios said it would keep Lazarus online until the game's servers were shut down "or we're told to turn them off."

Developers working on yet-to-be-released games feared they would be forced to switch engines.

Developers working on yet-to-be-released games feared they would be forced to switch engines, wasting precious time and resources. "With Unity's overnight Terms of Service change, we no longer have the legal right to release the game [Overduty VR] as it is today, only a few weeks away from release," Waleed Amer, lead developer at indie outfit Arcane Reality said. "Changing engines would involve learning a new engine while rewriting and converting the majority of our game to said engine. That would add several months to a year to our timeline."

Dynamight Studios, a company working on a crowdfunded MMO called Fractured, was in a similar position. "It would be incredibly hard for us to migrate to a different engine at this point," Jacopo Pietro Gallelli, Dynamight's CEO and founder said. "Fractured has been under development for one year and a half, we have backers, investors and a community of over 50,000 registered users who are expecting the first alpha version to be released in Q1 2019. Moving to the Unreal Engine, the most likely choice, would mean first hiring several new developers with the right skillset, then re-writing the game code from scratch."

In an interview with the Guardian, Improbable co-founder Herman Narula guessed that Unity's decision was "probably either an accident or a negotiating tactic." He told the newspaper: "We're waiting for someone in the west coast to wake up and make some ransom demands, basically."

Tim Sweeney, the founder of Unreal Engine developer Epic Games, suggested the new Terms of Service could affect other online multiplayer games that don't rely on SpatialOS. "Did Unity just prohibit all cloud-hosted multiplayer games?" he tweeted earlier today. " You couldn't operate Fortnite, PUBG, or Rocket League under these terms."

"This is a unique case -- and not a situation we take lightly -- but Improbable left us no choice."

Unity responded with a statement that called Improbable's blog post "incorrect." The company claims that it told Improbable "more than a year ago" that it was violating Unity's terms of service. It followed up the warning in writing six months and then, two weeks ago, suspended Unity license keys held by Improbable employees. "This is a unique case -- and not a situation we take lightly -- but Improbable left us no choice," Unity co-founder Joachim Ante said. The company had merely clarified, not altered, its terms of service last month, he said.

Unity also clarified that "anyone using SpatialOS will not be affected" by the dispute. That meant Bossa Studios, Spilt Milk Studios, and every other developer working with Unity and SpatialOS could breathe easy. "We have never communicated to any game developer that they should stop operating a game that runs using Improbable as a service," Ante added.

Improbable shortly followed with a blog post titled: "An Update on Today's Events." It apologized for the "uncertainty, confusion and pain" developers felt throughout the day. The company stopped short of taking full responsibility for what happened, however. Instead, it suggested that the entire industry rethink how to do business without threatening the livelihoods of developers and content creators.

"As a platform company, we believe humility and introspection are critical responses to the suffering of your community, however it comes about," the company said in a blog post. "We invite every company involved in today's discourse to do a little of that."

Epic Games then rallied behind Improbable. In a blog post joint-written by Sweeney and Narula, the pair said: "Epic Games and Improbable would like to jointly reaffirm our commitment to giving game developers the best combination of engine and other technology backed by interoperable standards that work for everyone, while respecting developers' ability to choose partners and software components freely." It then announced a $25 million fund "to help developers transition to more open engines, services, and ecosystems." The money will come from multiple sources including Improbable and the recently-launched Epic Games store.

Epic Games then rallied behind Improbable.

Improbable and Unity, it seems, haven't made up. In Epic Games, however -- the company behind the immensely popular Fornite battle royale game -- Improbable has forged a seemingly deep and powerful alliance. We'll just have to see how many developers decide to take up their offer and switch from Unity to the Unreal Engine.

In this article: business, epicgames, gaming, improbable, services, spatialos, unity, unreal, UnrealEngine
All products recommended by Engadget are selected by our editorial team, independent of our parent company. Some of our stories include affiliate links. If you buy something through one of these links, we may earn an affiliate commission.