This redesigned SUV tucks its batteries under the backseat.

While Ford already revealed its redesigned Explorer SUV, today at the Detroit Auto Show we're learning more about the new Hybrid version. Ford claims that this year it's introducing a whole slew of hybrid vehicles that combine performance and extended range via their efficiency, and this one is just the first. While we don't have all the details on its powertrain yet, the 2020 Ford Explorer Hybrid has a 3.3-liter V6 that's part of a hybrid system producing 318 HP (no word on torque -- yet), while pulling more than 500 miles of range from its 19.3 gallon gas tank.

Beyond making life a little greener for SUV owners, Explorer chief engineer Bill Gubing points out that "Reduced cargo space in hybrids is a thing of the past for Ford customers." Unlike other Ford hybrid vehicles that sacrificed space for big, awkwardly-placed battery packs, this one slides its specially designed liquid-cooled lithium-ion battery into the chassis beneath the second row seats so owners don't have to give up legroom or cargo space. 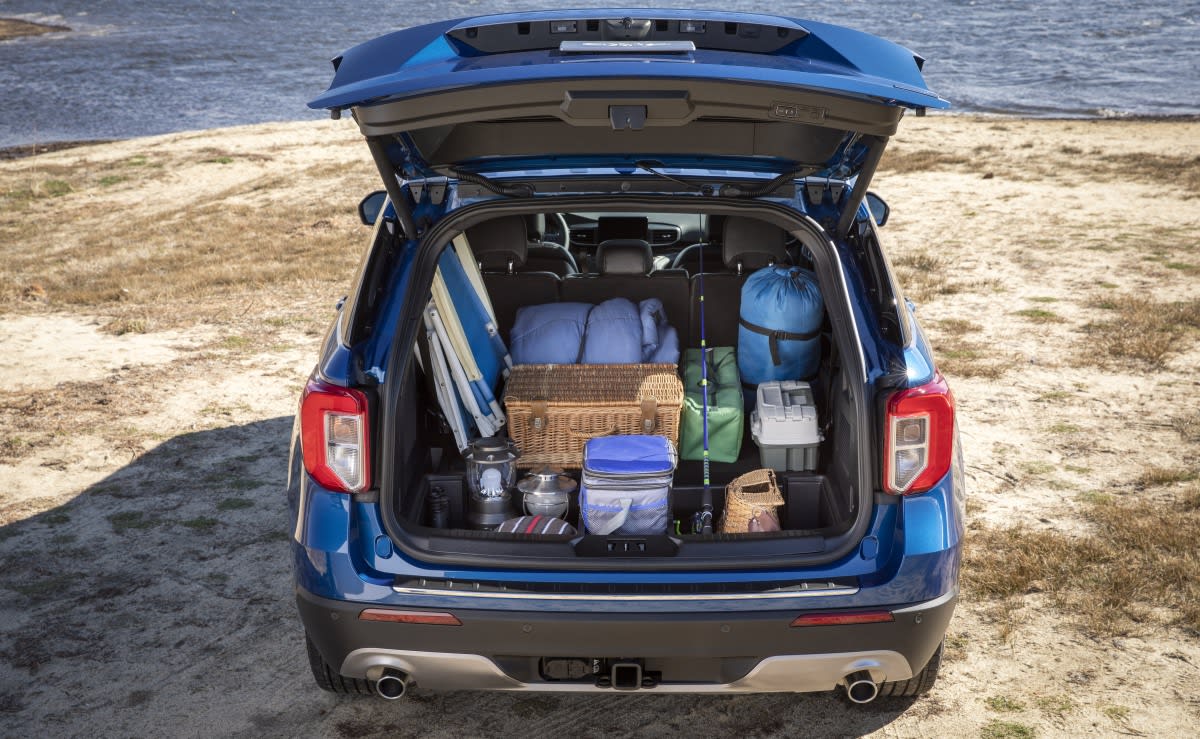 At 4,969 pounds it's even lighter than the 400 HP ST version Ford is also showing off today. Still, we'll want to see its storage capabilities for ourselves -- as well as the optional 10.1-inch vertically-oriented touchscreen -- and hear more about how much it tows before hooking up the boat and taking a trip up north. Update: Ford mentioned it's capable of towing up to 5,000 pounds, and the model I saw here on the show floor looked like any other SUV with three rows of seating. The battery pack is tucked somewhere under that second row and while you won't be shoving anything under those seats, there's nothing awkwardly poking out to block other parts of the cabin.