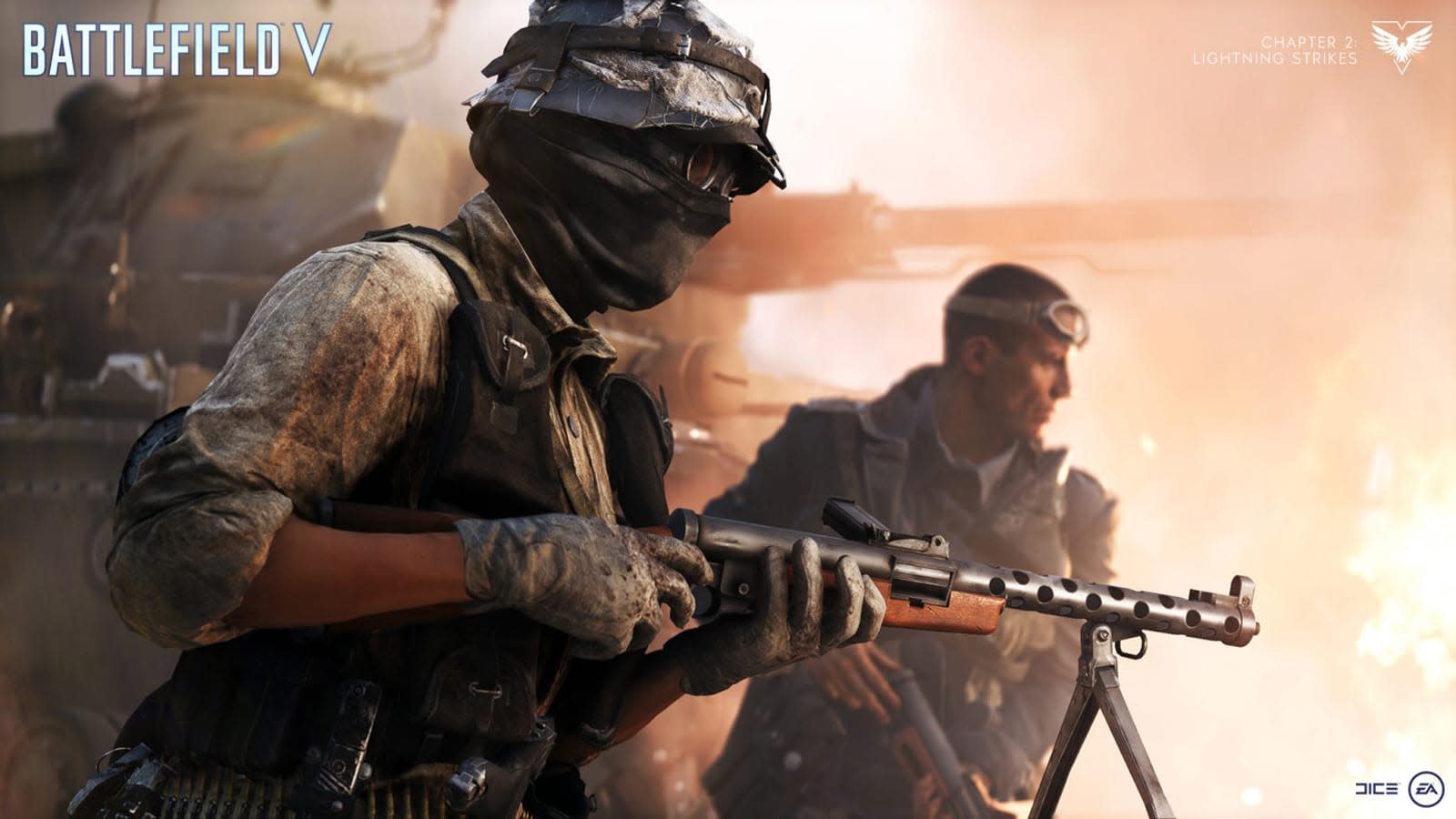 The latest Battlefield V update might not include a truckload of content, but it could still have a dramatic impact on how you play the game. The initial Chapter 2: Lightning Strikes update has arrived, and it makes significant changes to the "death experience" to clearly explain why you died. There's now a camera that tracks your killer, and you'll see their name in the game world when they take you down. It should be clearer when you're under threat, too -- tracer rounds should consistently appear as if they're coming from the shooter, and directional damage indicators are more accurate. These sound like simple changes, but they could make a huge difference for Battlefield newcomers (who may be frustrated with seemingly arbitrary deaths) as well as veterans hoping to learn from their mistakes.

There is new material, thankfully. The update has introduced a limited-time Squad Conquest mode that aims to be a more "concentrated" version of the familiar Conquest system. It cuts the player count in half, to 32, and has two squads on each team try to capture three points in smaller, quicker battles. Squad Conquest will only be available between January 17th and January 30th ("for now") on variants of three maps, but we wouldn't be surprised if it returns should it prove popular.

In this article: av, battlefield, battlefieldv, dice, ea, games, gaming, personal computing, personalcomputing, ps4, videogames, xboxone
All products recommended by Engadget are selected by our editorial team, independent of our parent company. Some of our stories include affiliate links. If you buy something through one of these links, we may earn an affiliate commission.