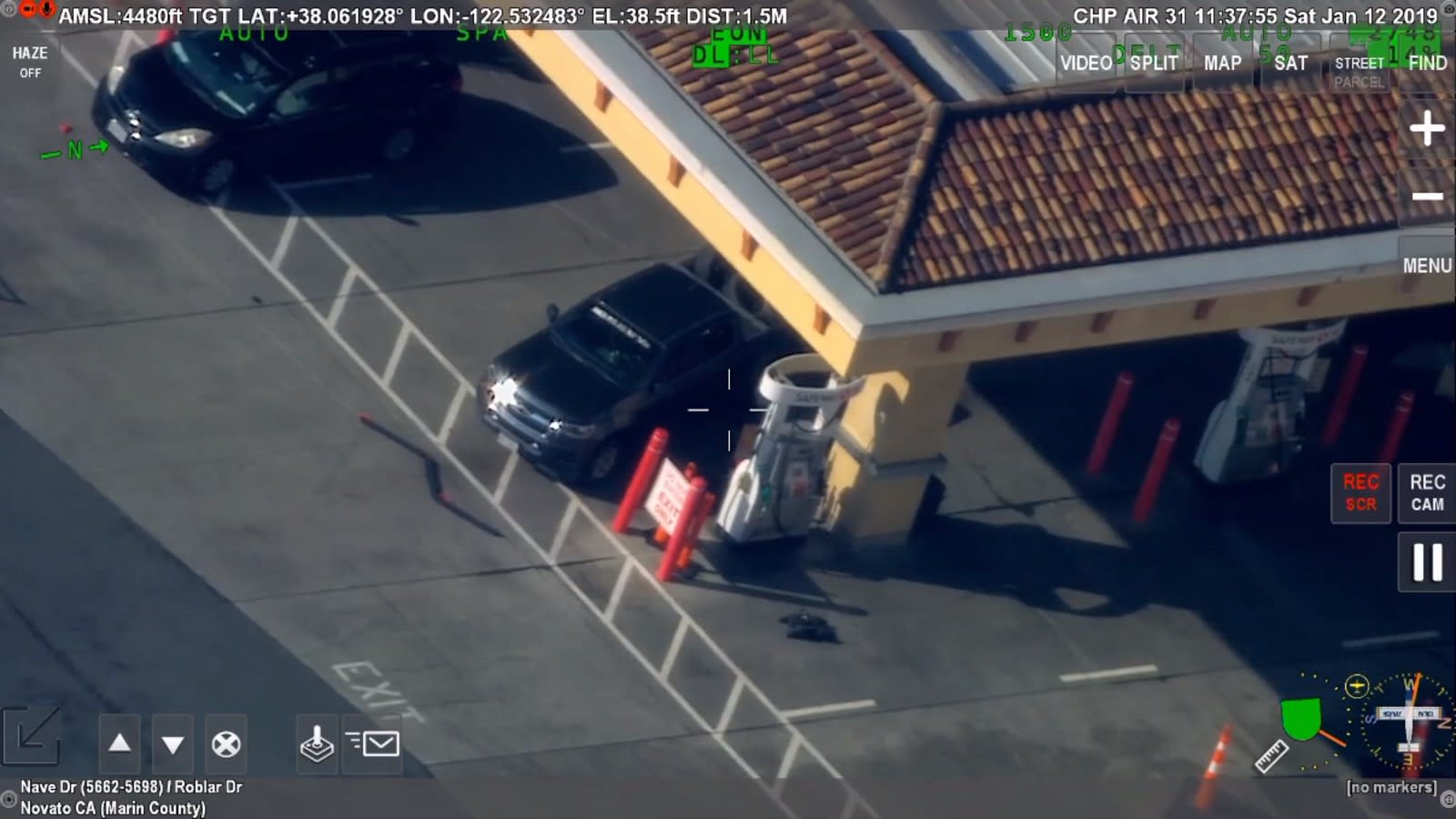 A six-hour stand-off between police and a 40-year-old man threatening to set alight a convenience store was brought to a peaceful end by a robot carrying a vape pen. Local media reports described a tense situation on Saturday morning in Novato, California that led to the closure of a Safeway store and McDonald's amid fears that the suspect may have been armed. The incident was caught on tape, including the moment the robot handed the man (identified by police as Juan Roman) a smartphone for communications.

The assistant manager at the Circle K convenience store told KGO that the suspect "took a gas can from his pick up and poured it all over the store" following a payment dispute over the pumps. He then attempted to unsuccessfully set the floor mat ablaze before fleeing to the Safeway location in a pickup truck.

It was at this point that police summoned by the Circle K worker caught up to the man -- who they claimed was angry over family issues and had previous crises that had resulted in police interventions. According to the Marin Independent Journal, officers evacuated the area after they spotted what they thought was a rifle or shotgun in a bag in the suspect's truck.

They sent in the robot to deliver a phone to the man's vehicle, which officers were eventually able to use for negotiation purposes. The suspect's initial demand for a cigarette was reportedly denied due to the fire threat and a vape pen was sent to the truck instead. According to KPIX, Roman was finally arrested without injury and "charged...with attempted arson and vandalism." No firearms were found in the truck.

This isn't the first time US law enforcement agents have used robots to defuse a hostile situation. In 2016, a remote-controlled bomb squad droid was used to snatch a rifle from under an armed and violent suspect in Los Angeles County.

In this article: gear, police, robot, robots, standoff, vape
All products recommended by Engadget are selected by our editorial team, independent of our parent company. Some of our stories include affiliate links. If you buy something through one of these links, we may earn an affiliate commission.