AI is better at bluffing than professional gamblers

AI and ML systems are turning the professional gambling world on its head.

The act of gambling on games of chance has been around for as long as the games themselves. For as long as there's been money to be made wagering on the uncertain outcomes of these events, bettors have been leveraging mathematics to give them an edge on the house. As gaming has moved from bookies and casinos into the digital realm, gamblers are beginning to use modern computing techniques, especially AI and machine learning (ML), to increase their odds of winning.

But that betting blade cuts both ways, as researchers work to design artificial intelligences capable of beating professional players at their own game -- and even out-wagering sportsbooks.

The rate at which machine-learning AI systems have caught up and overtaken the skills of their human opponents has accelerated at a frightening pace in the past few years. IBM's Watson famously wiped the floor against Jeopardy's master class of players in 2011. AlphaGo, from Google's DeepMind division, beat European Go champion Fan Hui less than three years ago, in 2016, before mopping up South Korean professional Go player Lee Sedol two months later and posting a 60-0 record in online matches against some of the best players on the planet a year later.

The year 2017 saw AlphaZero, an AlphaGo offshoot, demolish the world champion chess program, Stockfish 8, in a 100-game matchup after spending just four hours learning how to play. And while it took a bit longer to master Dota 2 -- "3500 simulated years" longer -- OpenAI's digital competitor managed to best the top amateur players in 2018.

AI has proved itself quite literally capable of beating humans at their own games, but does that hold true when the chips are down and real money is on the line? As the Libratus system from Carnegie Mellon University showed in 2017, the answer remains a resounding yes.

It wasn't so much of a poker tournament as it was a three-week curb stomping. Professional poker players Jason Les, Dong Kyu Kim, Daniel McAulay and Jimmy Chou spent 20 days playing 120,000 hands of heads-up, no-limit Texas Hold'em against the AI but wound up losing by a margin of more than $1.76 million in the end.

"In the start here, we lost the first day," Les told Engadget in 2018. "Whatever -- not a big deal. And then we were losing, but then we fought back up to nearly equal. We were feeling really confident!" But confidence wasn't enough to halt the gambling juggernaut's advance. "It just kept improving every single day, and we started going backwards and backwards," he continued.

The loss stung for Les and Kim who, two years prior, beat the pants off another poker AI, Claudico. That said, their drubbing wasn't nearly as bad as what Lengpudashi, Libratus' second iteration, put World Series veteran Alan Du and a team of engineers through later that year. Even though the humans tried to apply machine-learning lessons gleaned from the original tournament, the result was another bloodbath. The AI won by a landslide after more than 36,000 hands were played.

"People think that bluffing is very human -- it turns out that's not true," Libratus co-developer Noam Brown said in a statement. "A computer can learn from experience that if it has a weak hand and it bluffs, it can make more money."

Robert De Niro's Casino character, Sam "Ace" Rothstein, was a living actuarial table for the Las Vegas mob. His encyclopedic knowledge of sports variables allowed him to make betting (and winning) look easy. Today, thanks to the rise of big data analytics and algorithmic AI, virtually any schmuck at the local sportsbook can perform at Rothstein's level.

In fact, sports betting -- whether it's guessing who will win outright or what the margin of victory will be -- is well suited for machine-learning applications. As Rory Bunker and Fadi Thabtah of Auckland University of Technology and the Nelson Marlborough Institute of Technology, respectively, illustrate in their 2017 study, "A machine learning framework for sport result prediction," estimating the outcome of sports is a fairly straightforward affair for machine-learning systems.

With these models, clubs and managers can better size up their opponents and formulate better strategies to win more matches, while sportsbooks and individual bettors can more accurately estimate the game's outcome ahead of time. "In sport prediction, large numbers of features can be collected including the historical performance of the teams, results of matches, and data on players," the researchers continue, "to help different stakeholders understand the odds of winning or losing forthcoming matches." 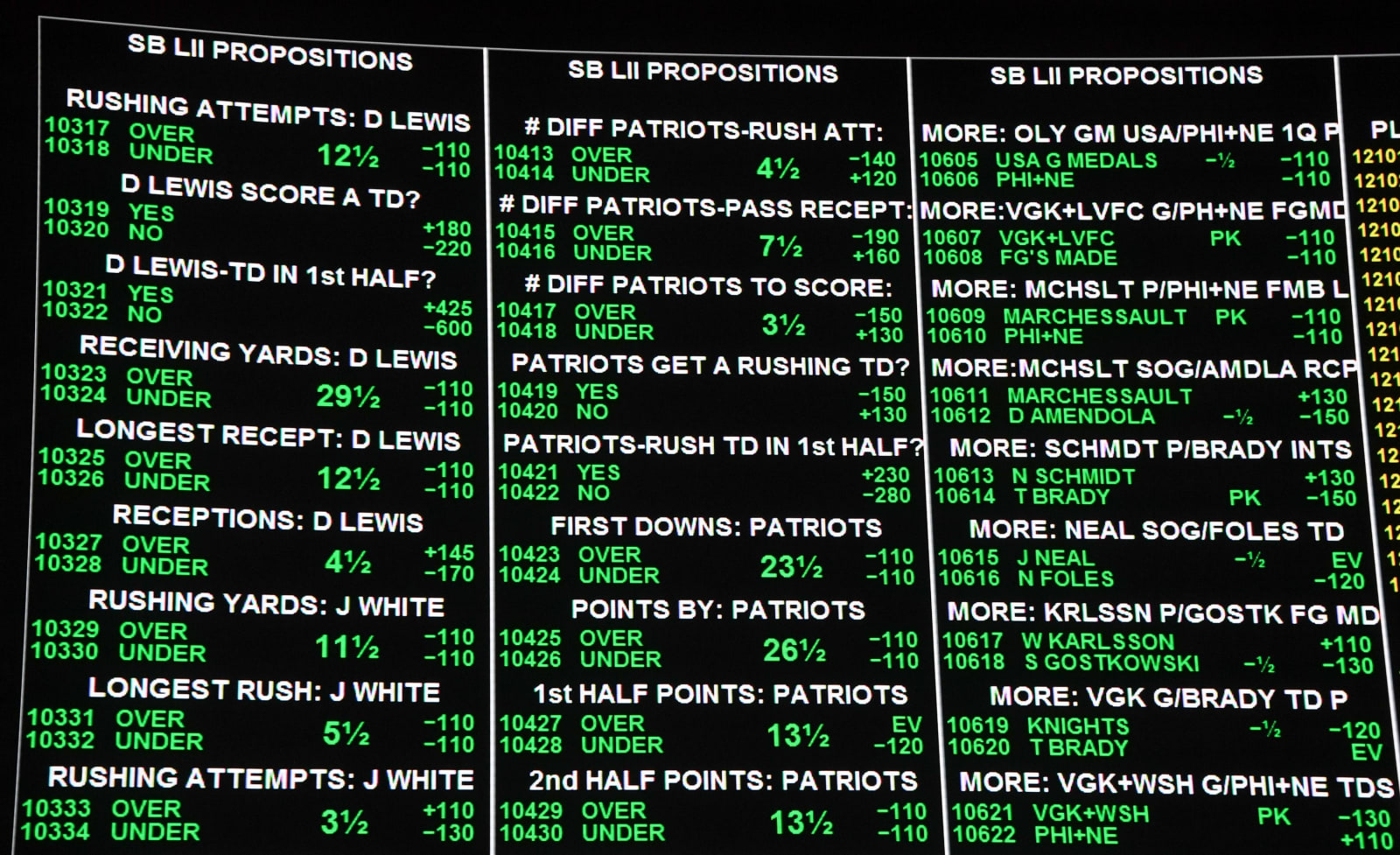 What's more, these systems are in no way left wanting for training data. Any number of Major League Baseball stats can easily be gleaned from MLB.com, Baseball Reference, Sean Lahman's database and Retrosheet, for example, just as advanced NHL stats can be found at Hockey Reference and NFL data is available from NFL.com, ESPN or Pro Football Reference. Even the ATP tour for tennis has begun collecting analytic data to improve the game for players and fans alike, having teamed with Infosys in 2015.

"In US sports, we're data junkies," ATP chair umpire Ali Nili explained to Forbes in 2018. "If you look at an NBA game, afterward you look at stats. If you're not a fan of the game they look like gibberish but a 6-year-old fan of the sport can translate it for you. The scope of data collection these days has no end. Tennis is no different, we're getting more data and using more and more information."

With so much data so freely available, it's no surprise that a number of enterprising outfits are already leveraging AI and ML to perform seemingly impossible feats of predictive sports analysis. UK-based Stratagem, for example, is training AI to extract actionable patterns from football, baseball and tennis matches and use that data to make better bets.

The company currently employs human analyzers to track matches, then combines the data with odds from a variety of bookies to improve its wagering, but it is also in the process of developing a deep neural network to perform the same task in real time simply by watching a broadcast feed of the match, according to The Verge.

"Football [soccer] is such a low-scoring game that you need to focus on these sorts of metrics to make predictions," Stratagem founder Andreas Koukorinis told The Verge in 2018. "If there's a shot on target from 30 yards with 11 people in front of the striker and that ends in a goal, yes, it looks spectacular on TV, but it's not exciting for us. Because if you repeat it 100 times the outcomes won't be the same. But if you have Lionel Messi running down the pitch and he's one-on-one with the goalie, the conversion rate on that is 80 percent. We look at what created that situation. We try to take the randomness out, and look at how good the teams are at what they're trying to do, which is generate goal-scoring opportunities."

Even more impressive are the predictions made by Unanimous AI. In 2016, the company released its "swarm intelligence" platform UNU, which "enables groups to get together as online swarms... combining their thoughts, opinions, and intuitions in real-time to answer questions, make predictions, reach decisions... as a unified collective intelligence," according to a press statement. Using UNU, Unanimous managed a superfecta at that year's Kentucky Derby. That means the company correctly predicted which four horses would cross the finish line first, in order, beating 540-to-1 odds.

"We were reluctant to take this challenge," David Baltaxe, Unanimous' chief information officer, said in a statement. "Nobody here knows anything about horse racing, and it's notorious for being unpredictable. Still, UNU surprises us again and again, so we recruited a swarm of volunteers through an online ad. The whole thing took 20 minutes." 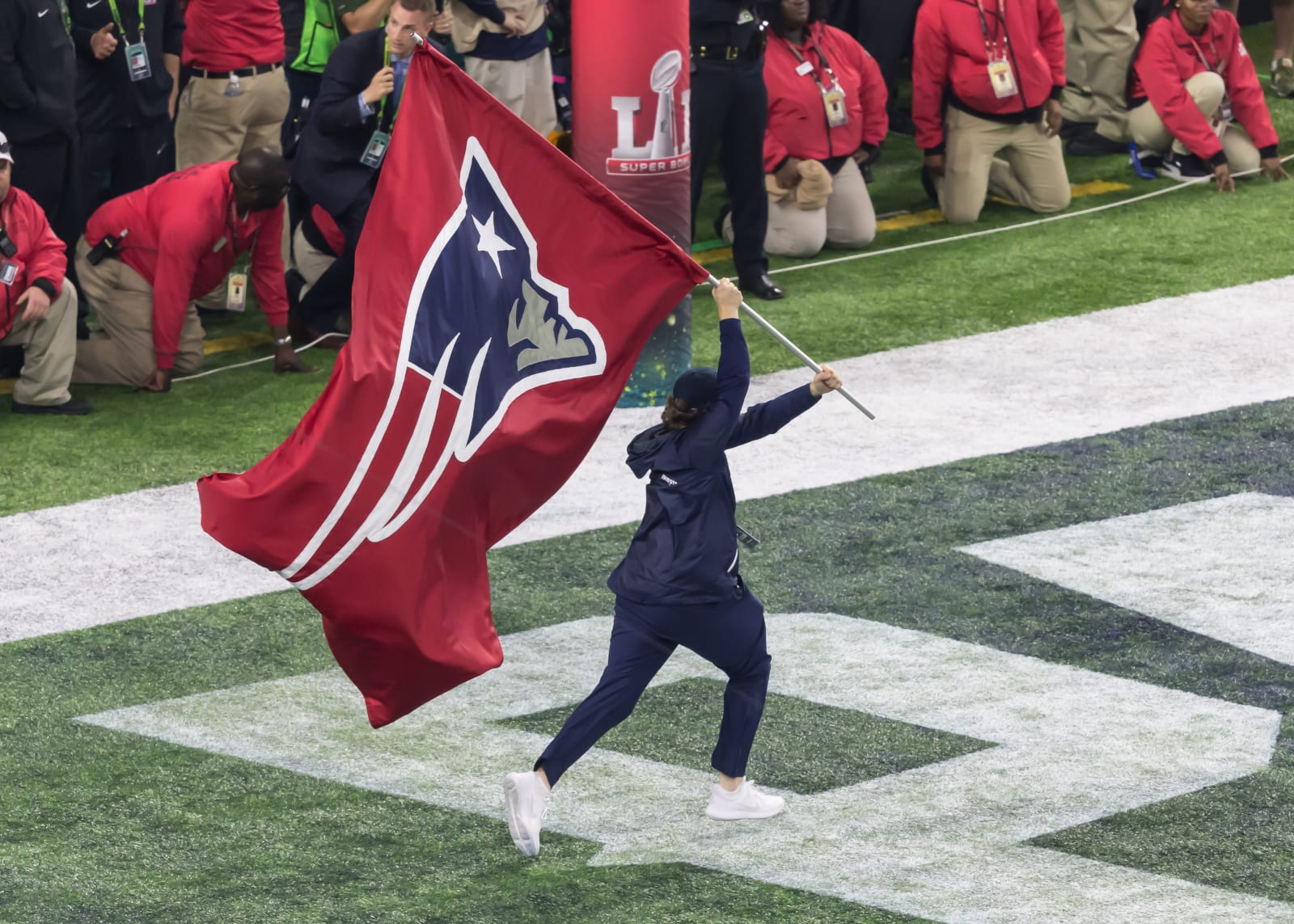 The following February, Unanimous' system correctly predicted the outcome of Super Bowl LI -- down to the precise 34-28 final score -- then went on to correctly pick 11 of that year's 18 Oscar winners.

Should the capabilities of AI and ML systems continue to improve -- and there's no evidence to suggest that they won't -- this technology could fundamentally upend the world of professional sports betting. However, there are still limitations to what these systems can accomplish. For example, current predictive systems don't have a means of accounting for a team's mojo, how well the players "click" with one another or shifts in a game's momentum.

"In some team sports, very good players don't do much that's measurable," Adam Kucharski, author of The Perfect Bet: How Science and Math Are Taking the Luck Out of Gambling, told Digital Trends last February. "A very good player might just get into a good position. Tackle rates won't show that. It's their positioning and intuitive behavior that is having an influence."

But with future advancements in supplementary fields like machine vision, these predictive engines will become even more potent. Say, for example, Jonathan Toews from the Blackhawks crumples on the ice after a vicious slash to the knee. Existing algorithms can't currently take his injury into account and update their odds, at least not until the results from the team doctor are reported. But with machine vision, future systems may well be able to suss out the seriousness of his injury simply by gauging how badly he's grimacing.

Ultimately, this technology will reach a singularity wherein we'll be using AI-driven analytics to place real-time bets on robo-death matches. At least, with any luck we will.