BMW has launched its 2020 7 Series sedans, and controversy about the ginormous grill aside, they're some of the company's highest-tech models yet. The 745e xDrive has a plug-in hybrid 389 HP inline six-cylinder with a 12.0 kWh battery that should allow for some grocery-getting purely on electrons (BMW hasn't released range figures yet). That combo will accelerate you to 60 mph in just 4.9 seconds, but if that's not fast enough, there's also a 523 HP V8 on the 750i xDrive or a 600-horsepower twin-turbo V12 on the 760i.

The 7 Series is as much about the driver tech as the mechanical bits. It has a new digital instrument cluster to go with the huge infotainment system, along with a touch display to entertain rear-seat passengers. Optionally, you can get a Bowers & Wilkins Diamond 3D surround sound system. To figure out how to work all that, there's an "intelligent personal assistant" that learns your preferences for seat heating, frequently used routes, etc. It can even make casual conversation, BMW said. 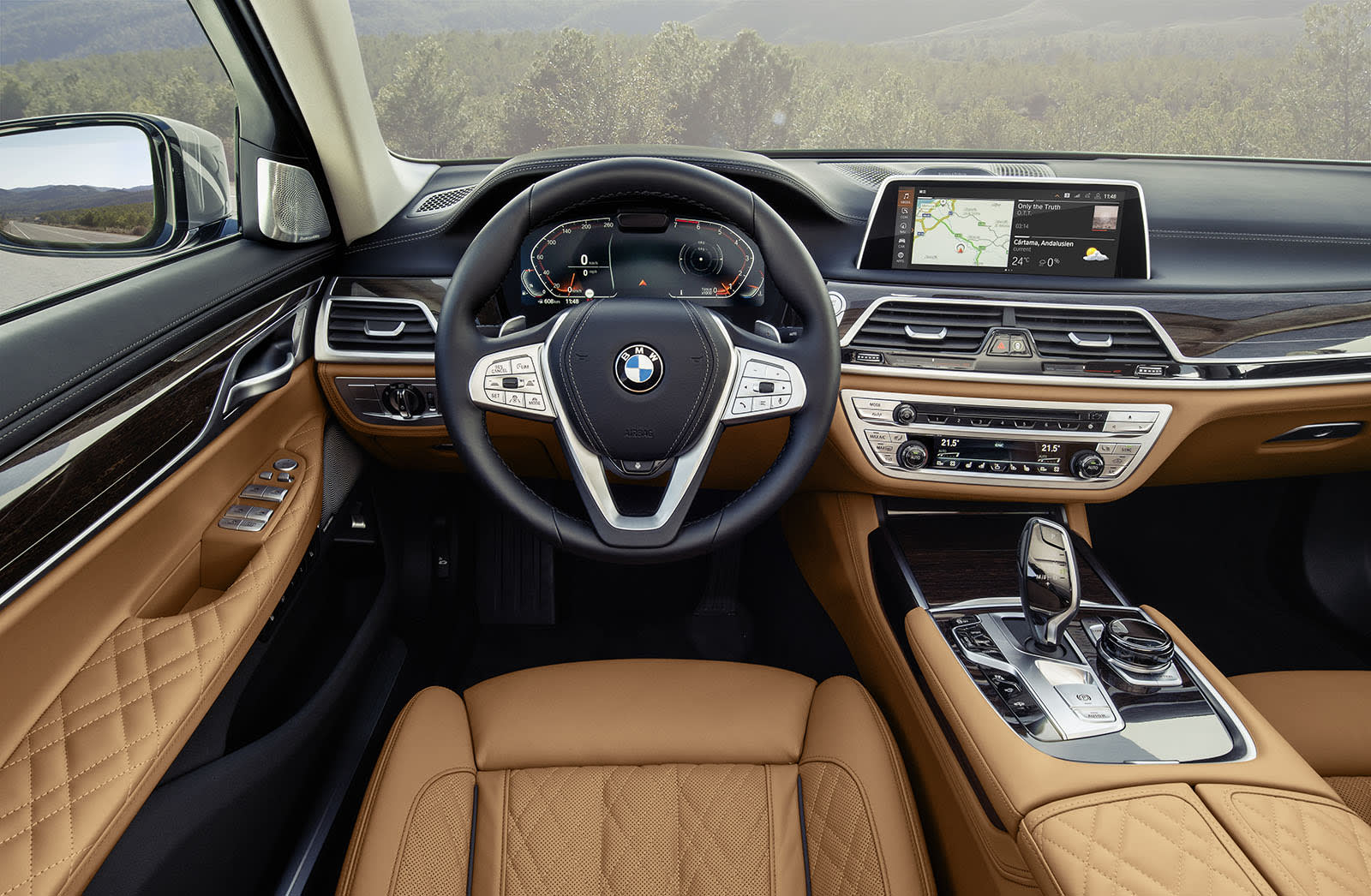 The parking assistant, meanwhile, can propose routes that offer you a better chance of finding a parking spot, and then automatically park into spaces either parallel or perpendicular to the road. It can also be used to automatically maneuver out of a spot, too. There's no pricing yet (if you need to ask, etc.) and the new models launch into the market in April, 2019.