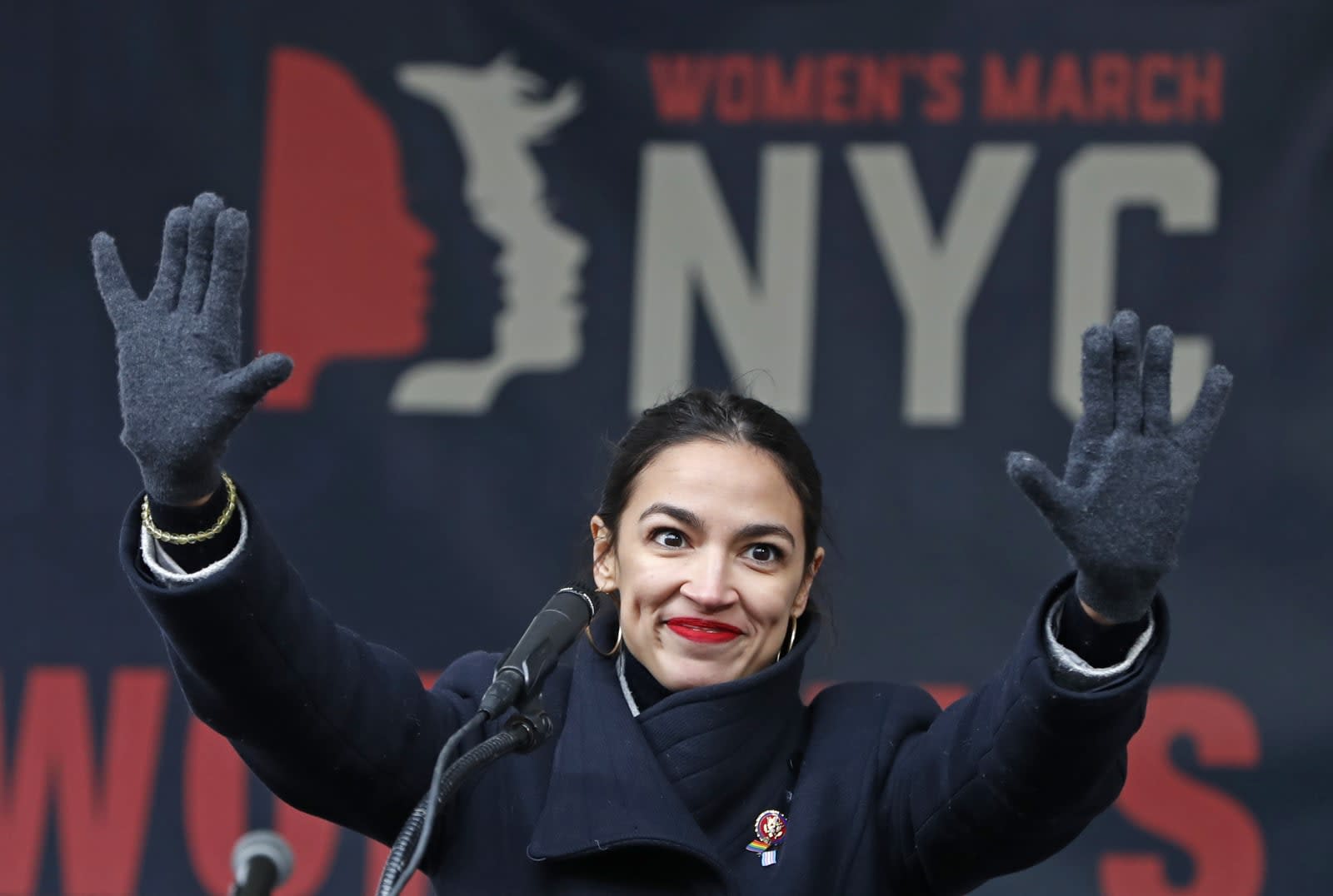 Having conquered Twitter and Instagram, Alexandria Ocasio-Cortez jumped on a Donkey Kong 64 Twitch livestream on Sunday to clap back at Aaron Sorkin and voice her support for trans rights. The stream in question was YouTuber H.Bomberguy's fundraiser for Mermaids, a UK charity that provides support for gender diverse and transgender children.

H.Bomberguy (real name Harry Brewis) said he started his stream to "spite" comedy writer Graham Linehan (Father Ted, The IT Crowd), who wrote a since-deleted forum message urging people to oppose a £500,000 ($643,000) grant given to Mermaids from the UK's National Lottery. "I chose to support this charity, because as a person living in Britain, I find the media discussion surrounding this issue in my country, especially in its tabloids to be woefully misinformed," added Brewis.

Ocasio-Cortez's cameo on the stream came about as part of her own response to Sorkin -- who, in an appearance on CNN on Sunday, criticized young Democrats for being distracted by Republican talking points like "transgender bathrooms." After subtweeting Sorkin in a Twitter thread, the Democrat went on to promote the Mermaids fundraiser in a subsequent tweet.

Here's @aoc talking about how Nintendo 64 was the best system. She's on @twitch helping to raise money for trans kids. pic.twitter.com/cJIfUif1mv

She then took it a step further by joining Discord to chat with Brewis about her love for the N64 -- ""probably the best system out of all of them " -- thanks to games like Super Mario 64 and Pokémon Snap.

She also touched upon the discrimination faced by the trans community: "It makes these issues much more acute in their crises than they usually are on average for other people," she said. "So it's important that we do talk about these issues in the economic frame, but not let go of the fact that that discrimination is a core reason for the economic hardship."

After 57 hours of streaming, Hbomberguy completed the game and raised over $340,000 for Mermaids. Other notable appearances during the broadcast included American activist Chelsea Manning and DOOM co-creator John Romero.

If you'd like to use this as a good moment to support the queer community, there's a charity twitch stream going on for @Mermaids_Gender: https://t.co/vCvvqRhAwb

Due to multiple violations of our comment rules and guidelines, the comments to this article are now closed.

In this article: av, donkeykong64, gaming, Livestream, Nintendo64, transgender, transgenderrights, twitch
All products recommended by Engadget are selected by our editorial team, independent of our parent company. Some of our stories include affiliate links. If you buy something through one of these links, we may earn an affiliate commission.