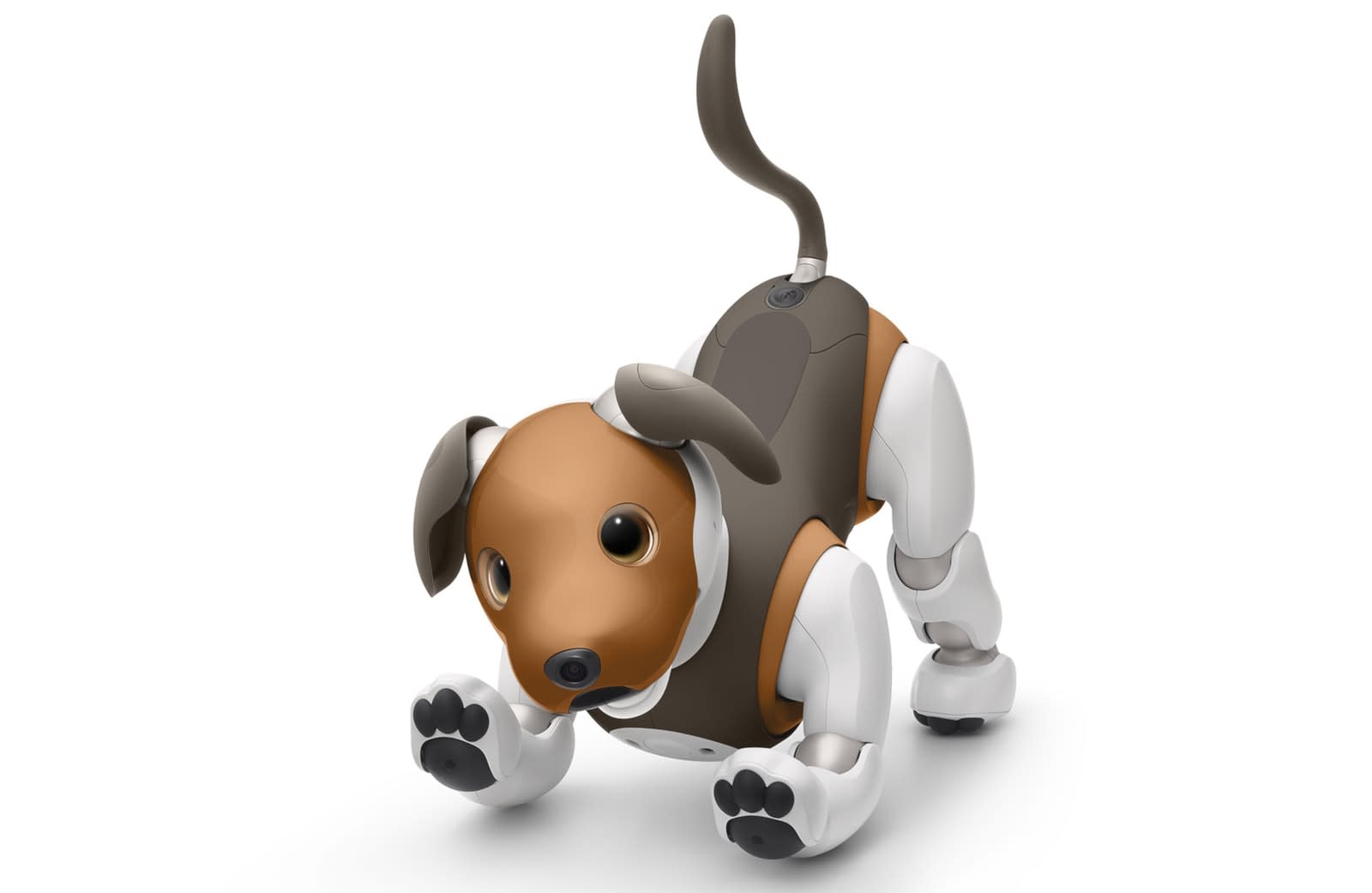 Sony has made Aibo much harder to resist for people who love chocolate-colored dogs. The tech giant has launched a tricolor version of its robotic canine with two shades of brown, and it's now available for pre-order in Japan. Since it's pretty much just a recolored release with no differences in hardware and software, it also costs 198,000 JPY (US$1,800) like the original Aibo, not including taxes and subscription fees. Sony promises to roll out a new security feature now that it has teamed up with security firm Secom, though.

According to Engadget Japanese, the company will offer a 1,480 yen-a-month security feature in Japan starting in June, which will take advantage the robot's capabilities to recognize faces and to create indoor maps. The new service will give Aibo the capability to patrol the house and make sure all family members are safe and sound. In addition to the upcoming service, the tech giant has also revealed that it's opening up the robot's API in the summer, which means owners and third-party developers can teach the adorable machine new tricks.

The chocolate Aibo, which was apparently inspired by beagles, will be sold via Sony's Japanese online store and several brick-and-mortar shops across its native country. It will start shipping on February 1st. Unfortunately, the company didn't say if it will ever be available elsewhere in the world. If it does come out stateside, its price tag will most likely be US$1,000 bigger than it is in Japan, seeing as the original Aibo costs $2,900 in the US.

In this article: aibo, entertainment, gear, robodog, robots, sony, TL19RBTBDY
All products recommended by Engadget are selected by our editorial team, independent of our parent company. Some of our stories include affiliate links. If you buy something through one of these links, we may earn an affiliate commission.