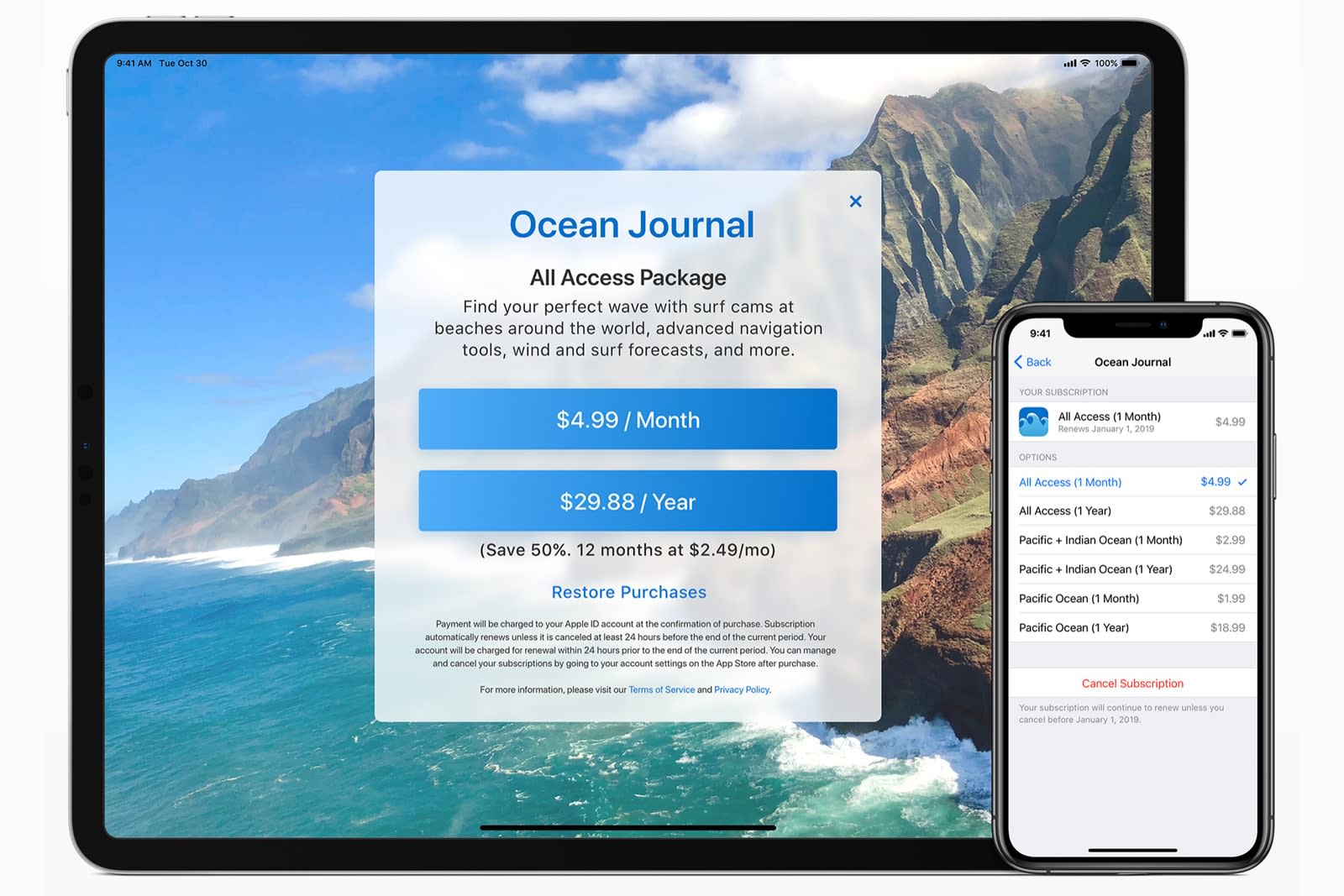 Ever had an app trick you into a more expensive subscription than you were expecting, or hide the real terms in fine print you were never going to read? Apple wants to put a stop to it. The company has revised its guidance for App Store subscriptions, and they now include explicit rules for how developers can ask for your cash. Most notably, the pricing has to be crystal clear. The largest text has to represent how much you'll actually pay -- if you're buying a full-year subscription, for instance, a company has to highlight the total cost instead of using the per-month equivalent rate to fool users.

App makers also have to fully describe the terms of a purchase, show how users can manage or cancel their subscriptions and clearly explain how free trials will work. A developer can't hide recurring payments or the length of a trial to trick users into surprise commitments. In Apple's examples, apps display these terms on the same screen rather than burying them below the fold or requiring button presses.

It's not certain if this will translate to stricter enforcement of subscription rules, but they do suggest some confrontations are on the horizon. TechCrunch noted that there has been a "good handful" of iOS apps with deceptive subscription practices, and that could include major releases. Tinder, for example, advertises a six-month subscription as "$8.83/mo" without making it explicit that you're about to pay roughly $52 in one shot.

Not that Apple will necessarily mind holding developers' feet to the fire. Subscriptions will play a more important role in its revenue as the company shifts toward services, and that means presenting an honest, consistent experience that keeps users happy. Apple already has challenges with Netflix and other companies dropping in-app subscriptions, and tolerating shady practices would only make things worse.

In this article: apple, appstore, gear, guidelines, internet, ios, ipad, iphone, mobile, rules, subscription
All products recommended by Engadget are selected by our editorial team, independent of our parent company. Some of our stories include affiliate links. If you buy something through one of these links, we may earn an affiliate commission.