For the really big numbers, you’ll have to wait three more months.

We spent time with Apple's new hardware not long ago, but the company is keeping the party going with another new release: its Q4 2018 earnings. Right off the bat, we're looking at total revenues of $62.9 billion — that's up from the $52.6 billion the company reported last year, and comfortably above the consensus estimate of $61.57 billion thrown around by Wall Street analysts. To hear Apple CEO Tim Cook tell it, this has been the company's strongest September quarter ever. And as usual, Apple was also quick to point out its sales strengths overseas, noting that a full 61 percent of its overall revenue came from international markets.

So, yes, this is another big quarter on the books for Apple, and iPhones again accounted for the lion's share of the company's total intake. That's not because it's selling more of them than usual, though.

Wall Street types expected to see iPhone growth in the single digits, but in fact, the change in iPhone sales between this quarter and Q4 2017 was basically negligible — Apple reported a whopping zero percent growth. Keep in mind that this fiscal quarter only includes the first week the new iPhone XS and XS Max were on sale. The less expensive XR, meanwhile, isn't included in this release at all since it launched later.

With that in mind, it's really no surprise Apple hasn't sold dramatically more iPhones than usual. And while we're on the subject of things that aren't surprises, how about this: despite flat iPhone growth, Apple continues to make more money off of the same number of devices. iPhone revenue was up 29 percent despite only selling about 200,000 more iPhones than usual. For those keeping track, that means the average selling price (or ASP) of an iPhone is now $793 -- that's a huge jump over the $618 average Apple reported last year. It's not hard to look at this bonkers number as further proof that people are willing to shell out for devices like the iPhone X, but hey, Apple has been saying the X has been its best-selling phone for a few quarters now. 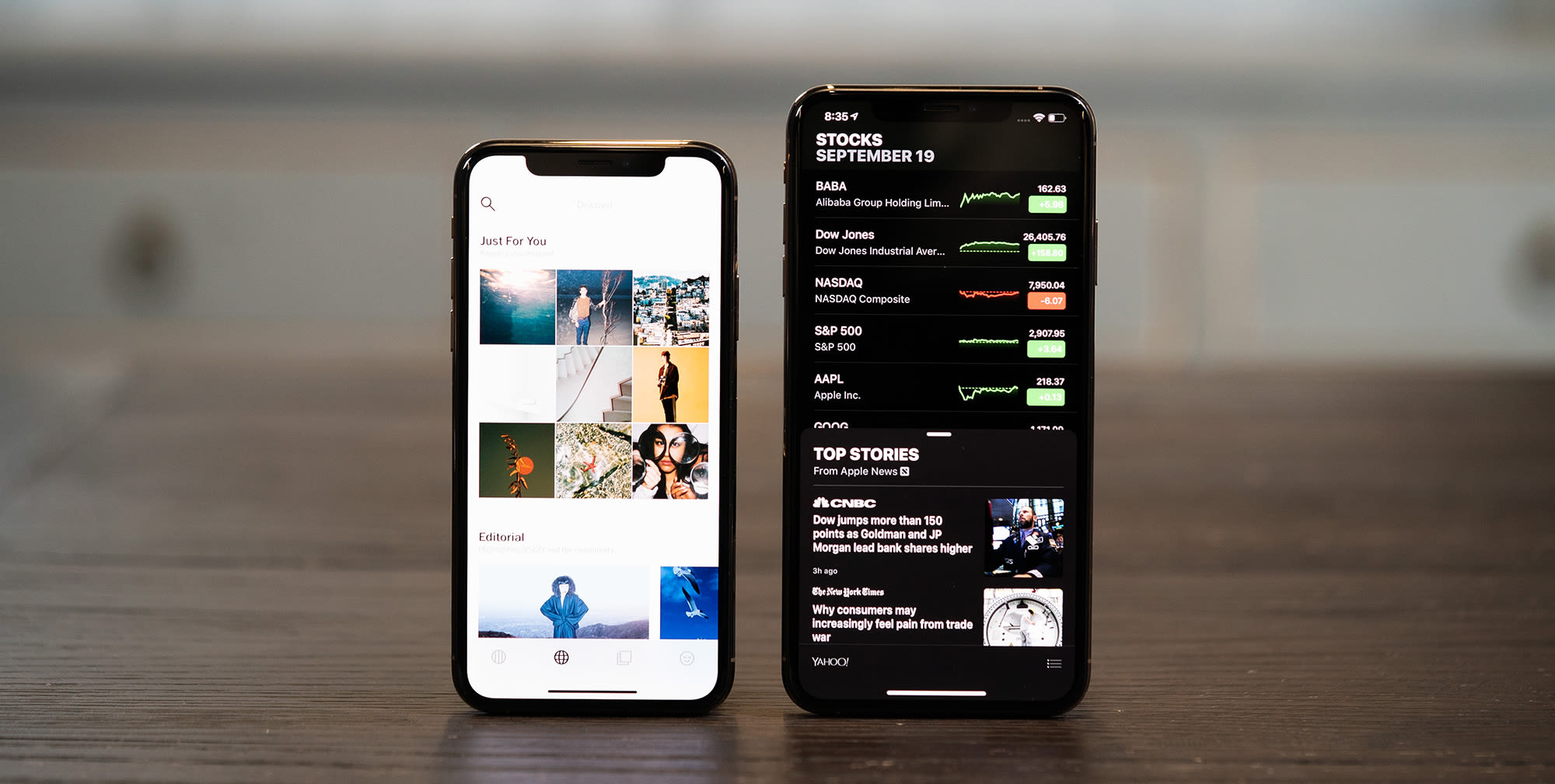 As usual, the really exciting numbers will be released next quarter, after the holidays subside and we're left taking stock of everything that happened. Are people flocking to embrace Apple's premium phones? Or will the XR's more mainstream appeal win out? Apple doesn't ever break down iPhone sales by model, but we'll be able to make some educated guesses based on the iPhone's average selling price in three months.

Meanwhile, Apple sold fewer iPads in this quarter compared to this time last year: think 9.69 million, down from 10.3 million. That doesn't sound great (because it isn't, really), but this number doesn't really mean much given the context of the past few days. With the upcoming launch of its new (and impressive) iPad Pros, Apple is going into the holiday quarter with what might just be its strongest tablet line-up ever. The bigger question is whether people will actually buy these things: the hardware on offer is substantially better than previous generations, but there's no avoiding the fact that the new Pros are pricey. (Almost prohibitively so, depending on who you ask.)

Mac sales are also down 2 percent year-over-year, but again, who couldn't see that coming? People still have their qualms about the company's line of MacBook Pros, and it's only now -- with the advent of a new Air and improved Mac minis -- that Apple has put together a more solid mix of desktops and notebook. Even with that dip in sales though, Apple made more money off its computers than in any other Q4 in the company's history, with CFO Luca Maestri pointing to key growth in markets like Latin America. And beyond that, Cook also noted some significant gains in its wearables business: sales grew 50 percent in the past year, thanks in part to the updated (and much improved) Apple Watch Series 4.

Here's the thing to keep in mind about Apple: over the last several quarters, we've seen it transform from a company that focused extremely heavily on hardware sales to one that's trying to squeeze more residual value out of those devices. The last time we saw Apple drop earnings, it reported its best third quarter of all time, and that was thanks in large part to its services revenue -- the money it rakes in thanks to iCloud, Apple Music and Apple Pay (among other things). While the company's iPhone sales stayed relatively flat year-over-year, the supplemental business those phones and tablets fuel is booming. This time around, Apple reported just about $10 billion in services revenue, marking a new all-time high for the category and further proving that it's much more than just a hardware maker.

As usual, Apple isn't a fan of dropping these numbers out into the wild without commentary, we'll update this story with any interesting tidbits from its customary earnings call.