Apple, hear me out: iPad XR

C'mon, Apple, shut up and take my money.

Every iPad Pro released thus far has been met with a similar reaction from the press. There's an acknowledgement that the device is technologically impressive and, predictably, the "best" tablet from the company we've seen thus far -- but that's always followed by questions about who it's for, and whether it can replace a "real" computer.

Well, Apple is trying to quell those questions once and for all this year. The combination of an impressive external redesign and new internals that sound ludicrously powerful should make the new iPad Pro lineup more capable than ever before. Unfortunately, though, Apple continues to raise the iPad Pro's price, putting it out of reach for almost anyone who isn't using the tablet day in and day out to get serious work done. Yes, the iPad Pro has always been expensive, but with a minimum entry price of $800, these new iPads aren't just a nicer, more powerful version of the standard tablet -- Apple is pitching them as an entirely new class of device.

That wasn't always the case. The original 12.9-inch iPad Pro started at $799, while the 9.7-inch model cost $599. Of course, both of those came with a paltry 32GB of storage, ensuring that almost anyone considering them would step up to the more expensive 128GB version. Back then, the $599 9.7-inch iPad Pro didn't cost that much more than the "standard" iPad (at the time named the iPad Air 2), and there were clear benefits to upgrading. The iPad Pro didn't cost as much as a more powerful and flexible laptop; it was just a nicer, faster iPad with some extra tricks like Pencil support, four speakers and a better display.

Now, however, the iPad Pro almost has more in common with the MacBook Pro than with the $329 iPad. The company claims that the A12X Bionic processor makes the iPad Pro faster than 92 percent of portable computers on the market. Apple's silicon has been impressing for years now, and if you invest in a new iPad Pro, there's a good chance it'll be powerful enough to do whatever you need for years to come. Meanwhile, the USB-C port makes it easier to connect cameras, 5K monitors, musical instruments and more. The limitations imposed by the old Lightning port are now gone (although it sounds like you still can't hook up external storage, which is an unfortunate restriction). 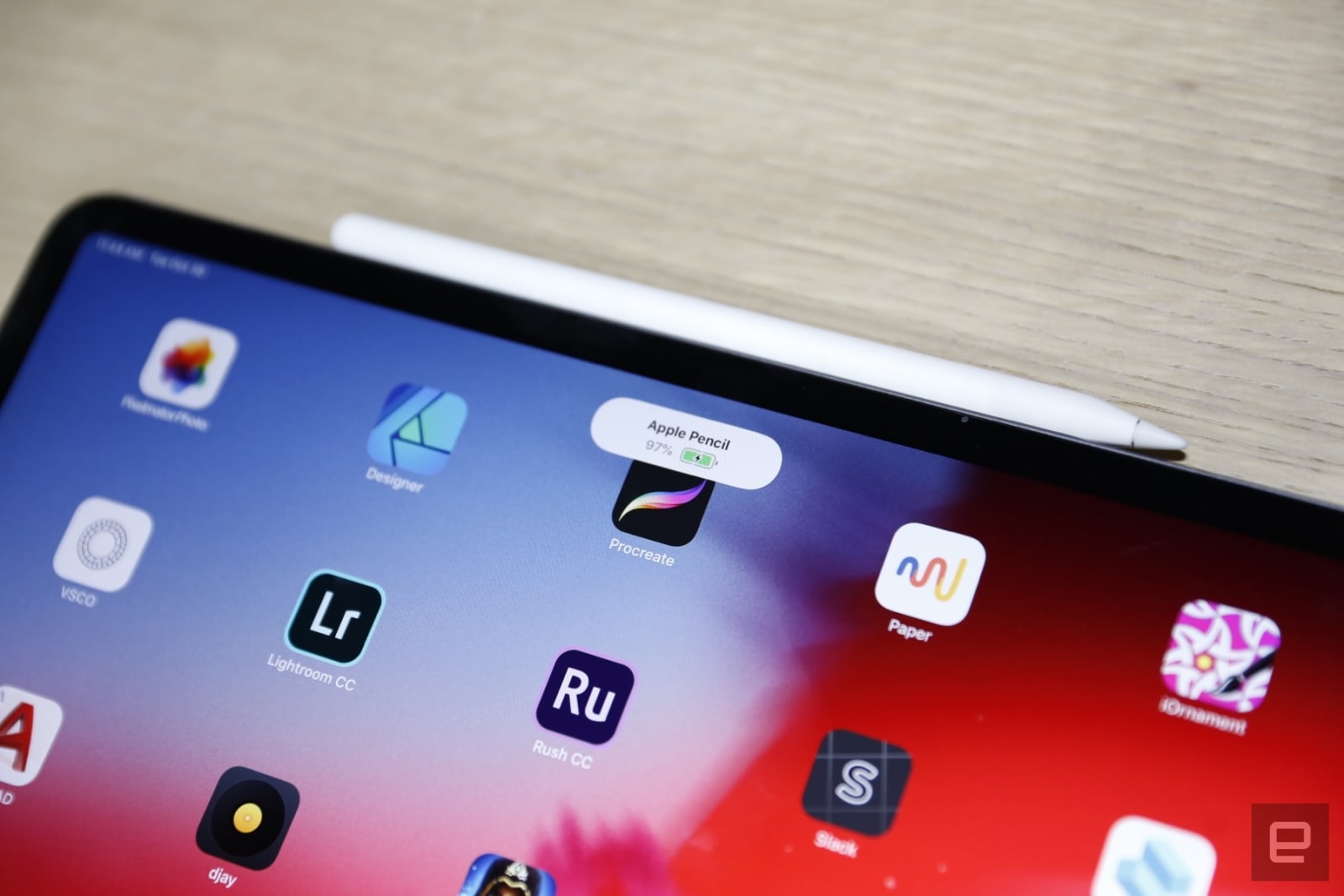 More than ever, Apple is pushing customers out of a middle ground in pricing -- if you want a nicer iPad, you'll need to spend a lot of money. For customers like me who enjoy the iPad Pro's excellent screen, improved speakers, keyboard support and increased longevity, it now costs a minimum of $1,000 to get one with more than 64GB of storage. Add in the $179 Smart Keyboard Folio and you're basically at the same price as the new MacBook Air. That means anyone purchasing an iPad Pro has to figure out if it can do the same work they might otherwise do on a traditional laptop. Despite the iPad Pro's undeniable power, that remains an open question for plenty of people.

The iPad isn't the only product line where Apple is focusing on increasing average sales prices. I've already written about how much more it costs to get an iPhone these days, the new Apple Watch is more expensive than ever, and every single product Apple introduced yesterday costs significantly more than those they replaced -- even the accessories. Sure, they're all notably better than last year's hardware, but it costs a lot more to buy into one of these product lines than it did a year ago. It used to be that Apple would introduce new or significantly upgraded products at a price premium and then bring the price down over time as older devices were phased out. Now, though, it seems Apple is bringing out improved but more expensive products and just keeping them at those higher prices.

That's a shame, because I genuinely enjoy using my 9.7-inch iPad Pro as an all-purpose computing device when I don't need to get lots of work done quickly. It's great for focused writing, casual couch internet browsing and email, watching movies when I travel, catching up on saved articles and a whole bunch of other things. But I certainly couldn't bring it to an Apple event to do a liveblog, quickly process photos and publish a hands-on post. That's my "Pro" work, and I still don't think the iPad Pro is the ideal device for that.

It's important to note that Apple is keeping last year's 10.5-inch iPad Pro around, albeit at the same $649 price it has sold for since it went on sale in July 2017. While it's not as powerful as the devices Apple just introduced, it's still more than enough tablet for almost anyone. Getting one with over 64GB of storage is still an expensive proposition (the 256GB model costs $799) -- but unless you need lots of huge files stored locally, 64GB is usable, particularly if you can rely on the cloud. It lacks some niceties, like the new Apple Pencil and Face ID, but it's still a notable step up over the basic iPad in both speed and design.

But eventually that older iPad Pro will be pulled, and the question of whether Apple will offer something nicer than the standard iPad for less than $800 remains. I'm hoping Apple takes a page from its iPhone strategy and makes an "iPad Pro XR" -- a tablet that has some of the key features in the Pro line but at a more affordable price point. In fact, if Apple just updated the iPad Pro 10.5-inch in a year with a newer processor and perhaps a USB-C port, it would be a compelling upgrade for people like me who don't need the bleeding edge of the iPad line but still want an iPad Pro...ish.