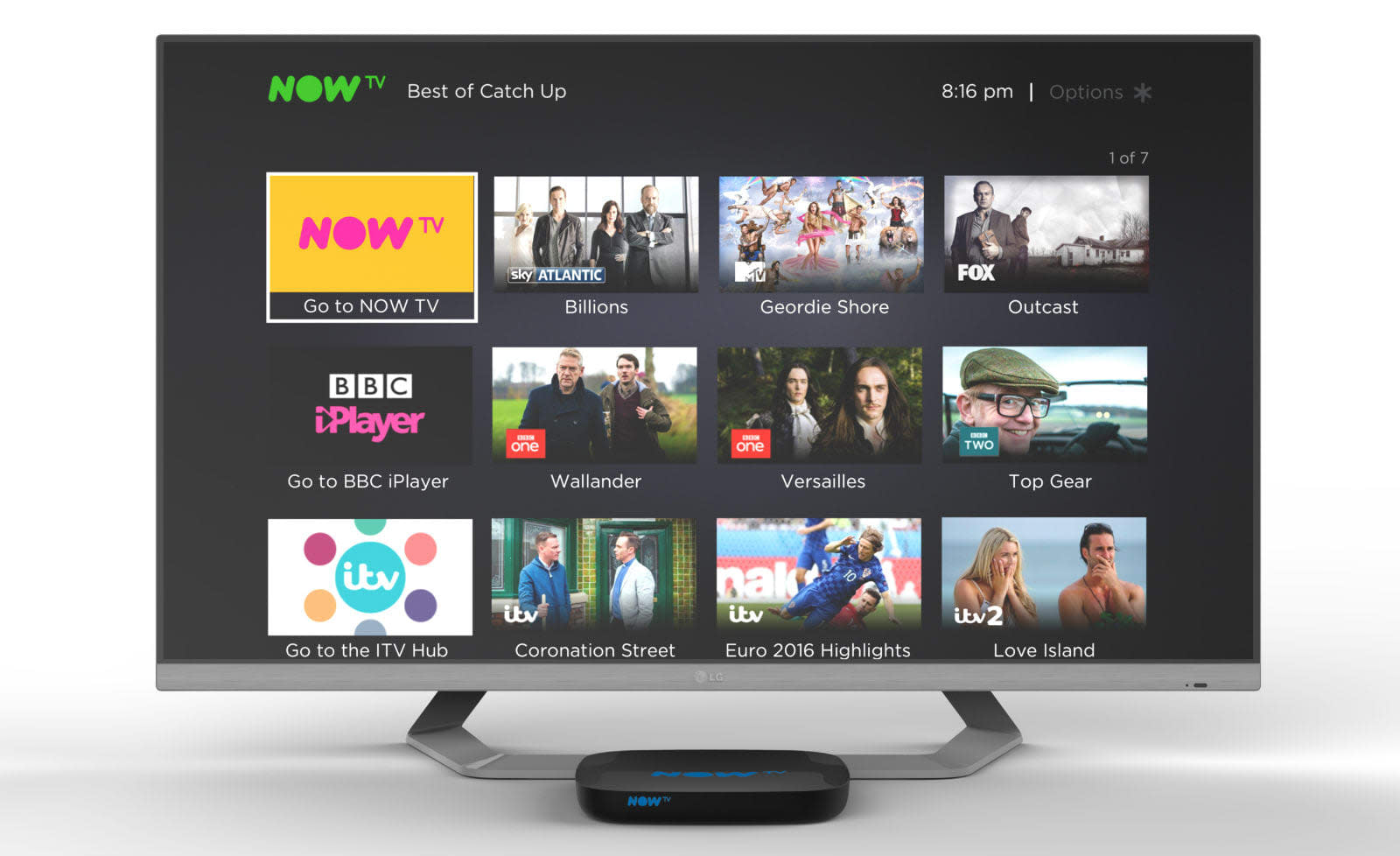 Now TV, the UK video streaming service owned by Sky that lets users purchase premium channels, has added offline downloading to its iOS and Android apps. The update brings it up to speed with its parent's Sky Go service, giving customers the option to download films and shows to watch on the go. Engadget has learned that the feature began rolling out this week. Customers can check to see if they have it by updating the app.

Now TV previously announced that offline downloads would be available before the end of 2018, but that never materialized. There's also no mention of the launch on its official social media channels. On the App Store listing, it says that Sky Cinema, Entertainment, Kids or Hayu month pass customers can now download "most" on-demand shows and movies to their devices. Sky previously told T3 that users would have 30 days to watch saved content.

Update: 8:20am ET -- This post has been updated to reflect that offline downloads are rolling out to both iOS and Android versions of the Now TV app.

In this article: av, entertainment, mobile, NowTv, Sky, SkyTv
All products recommended by Engadget are selected by our editorial team, independent of our parent company. Some of our stories include affiliate links. If you buy something through one of these links, we may earn an affiliate commission.